A homegrown Kapamilya star, Andrea Brillantes is poised to take her place among ABS-CBN’s most prized stars, shining in her brightest since her Goin’ Bulilit debut.

Ever since she started in the local entertainment scene, Brillantes has undoubtedly never lost her brilliance. She was a diamond in the rough, waiting to be polished by experiences and challenging projects.

True enough, after spending practically her entire life in showbiz, she has emerged as among the industry’s most promising dramatic stars. Yet, her attitude of having room for improvement–is still expanding. Through the new ensemble drama, Huwag Ka Lang Mangamba will hone and showcase her skills this 2021. 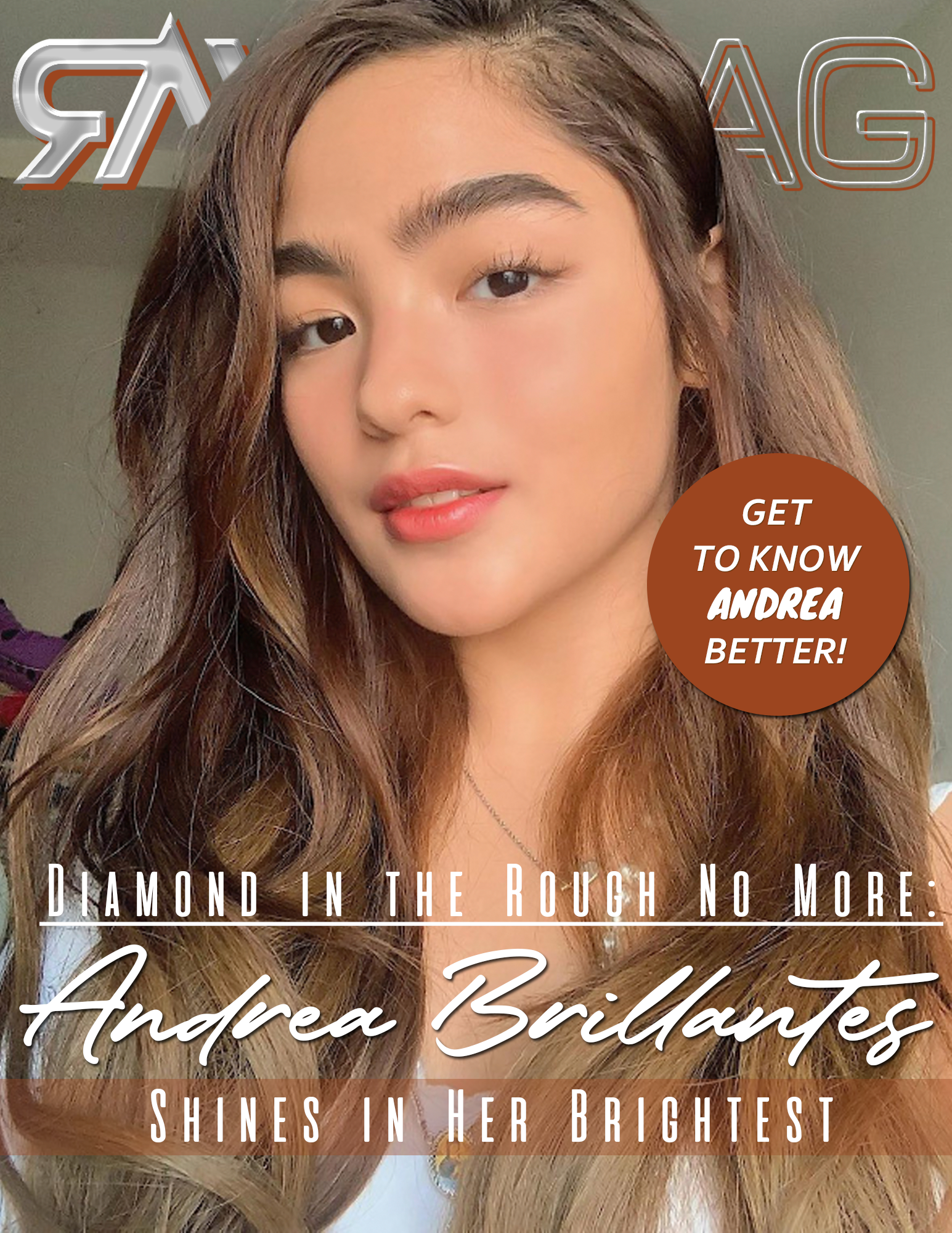 Brillantes first immersed into the world of show business as a seven-year-old star via the now-defunct kiddie gag show, Goin’ Bulilit. She then made support and special appearances on a streak of Kapamilya shows, including Precious Hearts Romances Presents: Alyna; Budoy; Ina, Kapatid, Anak; and E-Boy.

She also appeared in a string of films, including the Star Cinema movies–Crazy Beautiful You and Everyday, I Love You.

In 2013, Brillantes took on her first lead and the titular role in the modern reimagination of the 80s classic, Annaliza, where she caught the attention of many, including ABS-CBN’s management, through her impeccable dramatic skills, hence the number of major roles she subsequently played.

She played a major supporting role in the 2015 adaptation of Pangako Sa ‘Yo, taking on the character of Jodi Sta. Maria‘s original role. The project also marked her first team-up with fellow Kapamilya actor, Grae Fernandez with whom she was partnered for succeeding projects like the Kim Chiu and Gerald Anderson reunion series, Ikaw Lang Ang Iibigin and Wansapanataym Presents Louie’s Biton.

Breakthrough with Kadenang Ginto and The Gold Squad.

The 17-year-old young actress’s biggest and most important project to date, is no doubt, the 2018 phenomenal daytime teleserye, Kadenang Ginto. It stayed on top of the rating chart for 16-straight months, until its finale in February 2020. Playing as fierce Margaret ‘Marga’ Mondragon-Bartolome, Brillantes admitted that she had hesitations when asked to accept the role. She, nevertheless, confessed that taking on it, turned things around for her, as it catapulted her to bigger stardom.

On the heels of Kadenang Ginto’s unprecedented success, Brillantes also found herself golden fame, with various endorsements and other important appearances, filling up her schedule. It should be noted, however, that the perks she received from her tv drama’s massive popularity, were also received by her fellow cast members, Kyle Echarri, Francine Diaz, and Seth Fedelin.

The daytime series’ skyrocketing fame also prompted the management to create the group, The Gold Squad composed of her, Echarri, Diaz, and Fedelin.

As a solo star, Brillantes maintained her ingenious bravado through her streak of memorable performances, playing roles that are outside her usual comfort zone. Taking on Marga, it marked the first time she portrayed a bida-kontrabida role. Kadenang Ginto’s more than a year on air also gave the young actress opportunities to grow as a dramatic star as the role itself, offered her opportunities to show facets of her acting capabilities. She has undoubtedly emerged as a versatile actress who can now attack roles, with more credibility and power.

‘Huwag Kang Mangamba’ and Her Inevitable Rise as One of ABS-CBN’s Most Important Stars.

Brillantes’ becoming an A-List Kapamilya star will be showcased via Huwag Kang Mangamba.

Interestingly and amazingly, Brillantes’ merits as future Kapamilya royalty resides on her capacity as a credible actress. She didn’t come to where she is now with ease. She is there because of her talent and the incredible passion she has exerted over the years. Now that her home network has entered a new era, she has full opportunities awaiting her to grow further, and her destiny as a Kapamilya Queen is on a reachable horizon.