Premise: A group of people has to navigate their lives amid the quarantine and the pandemic through dole outs (ayuda).

Watch/Stream it on: KTX.ph, iWantTFC 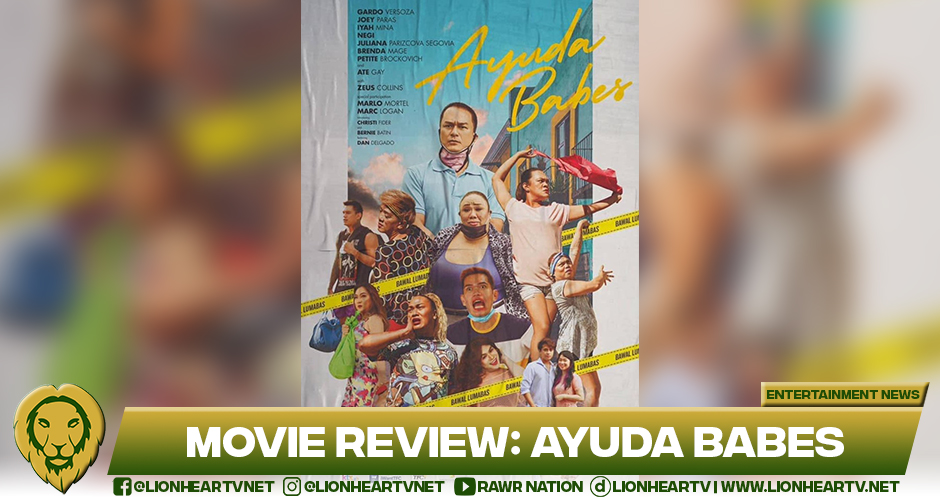 There is some charm in this ‘quarantine’ film that pushes portions of it to the audience’s attention, and while that may not be enough to salvage the film from the entire mess it eventually becomes, it can be enough to serve pieces of joy to keep the viewing experience from becoming a total waste.

Much of Ayuda Babes is spent in eliciting laughter from its audiences, and to its credit, it mostly works. But that is only up to a point when proceedings become too repetitive to further attract attention.

It also suffered from a lack of sense and direction, which makes keeping up what it is trying to convey, is extremely difficult.

And yet, the message is clear: it wants to show that Filipinos are resilient, and in fact, creative in finding ways to navigate difficult circumstances like the pandemic. Humor, as always, plays a big part in that attempt, and in the film, slapstick comedy is a potent driver to make its humor work. But just like in past similar movies, the strategy only works for a while.

In parts where it shines, Ayuda Babes has its characters play in extremely hilarious banters and sketches. There is this ‘dugtugan’ scene that is too funny and similar to Bubble Gang-ish skits that won’t find difficulty in earning at least a chuckle, which is intermittently scattered across its narrative. Green jokes are a regular feature, and like most of the film’s comic attempts, it mostly works at first, but mostly falls flat when it becomes repetitive.

Things tend to feel like you’re watching a hodgepodge of relentless gag antics and skits, and that feels okay for the most part.

In all fairness to the actors, they are doing their work just fine. Working out such a thinly-layered script requires sweat, and they manage to navigate it towards the end, decently.

It’s just a pity, that the very roles they play are utterly insufficient for them to do a better job.

Ayuda Babes is now streaming on KTX.ph and iWantTFC. Watch the official trailer below: