Last February, Bigornia suffered a heart attack. As a result, she was rushed to the hospital and was put in the intensive care unit. 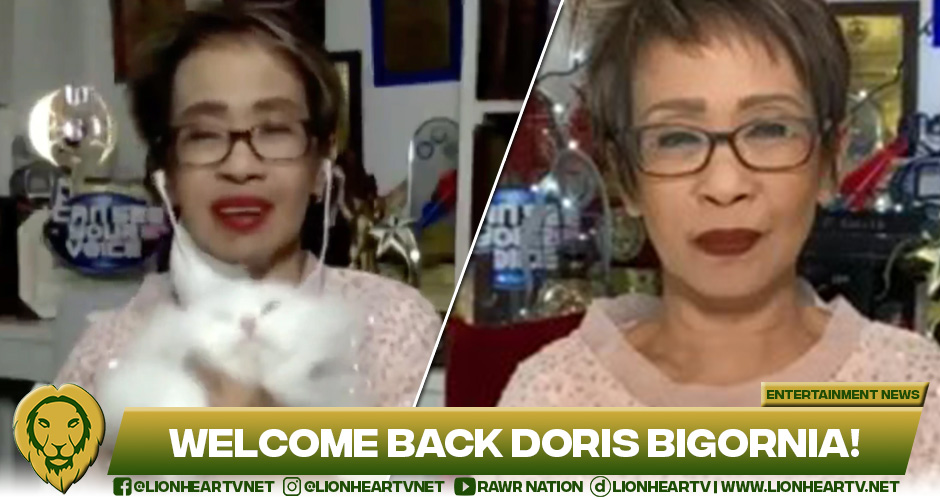 The tragedy shocked her fellow journalists as the “Mutya ng Masa” is in need to go an open-heart surgery.

Months after the incident, Bigornia appeared on her TeleRadyo show, “SRO”, weeks after her successful heart surgery.

Bigornia, known as a very strong woman, shared on her show that she underwent triple heart bypass surgery. She also needs to undergo regular dialysis due to kidney failure.

Nevertheless, she emerged on her show, ready to work.

On Twitter, her fellow journalists have expressed their relief as the Mutya ng Masa is alive and well.

Bigornia’s co-host, Alvin Elchico, teased their supporters as he hinted that there will be a special guest whom viewers missed. And that is none other than Mutya ng Masa herself in Monday’s episode of SRO.

Kapamilya journalist Jeffrey Hernaez has expressed his joy as Bigornia appeared on her show.

Former ABS-CBN reporter Kevin Manalo also showed his happiness with the recovery of Bigornia. Manalo encouraged the broadcaster to keep on fighting.

Journalist Miles Felipe was also overjoyed by Bigornia’s appearance in her show.

Fellow journalist Red Santiago missed the Mutya ng Masa in her show. And now that she’s back, Santiago overwhelmed with joy, welcomed the broadcaster.

Broadcaster JM Reyes also expressed his support to the Mutya ng Masa who went back to work after triple heart surgery.

Even comedian John Lapus expressed a sigh of relief as Bigornia appeared on her show on Monday’s episode.

Now that the surgery was successful, Bigornia thanked all those who supported her and prayed for her recovery.