Journalists in the country paid tribute to DZMM Radyo Patrol 37 Edwin Sevidal via twitter. Sevidal passed away due to a COVID-19 infection. 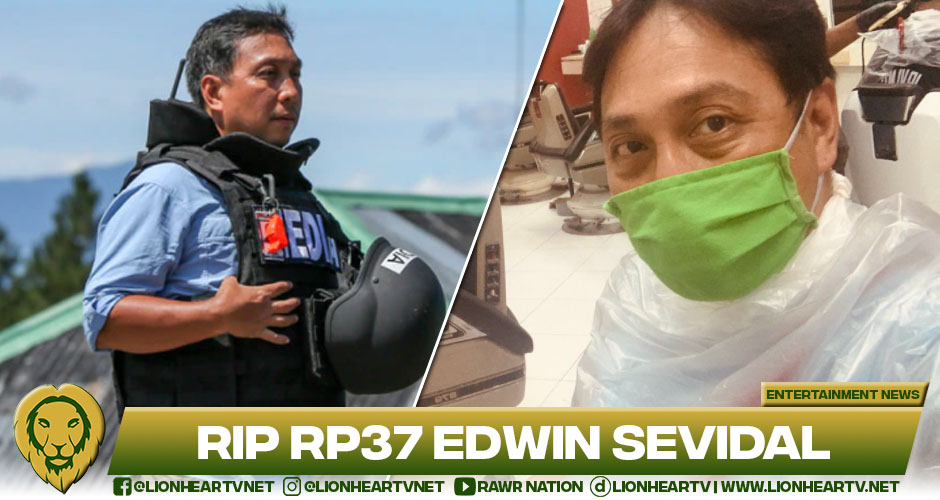 Former ABS-CBN editor and reporter Alcuin Papa recounted his experiences with Sevidal, as he expressed his regrets of not having the chance to say goodbye to his friend.

GMA anchor and reporter Raffy Tima replied to Papa regarding Sevidal and said that the guy is one of the genuine broadcasters he knew.

ABS-CBN reporter Jeff Canoy recalled having a conversation with Sevidal over the phone a few days earlier.

He thanked Radyo Patrol 37 for his service to the Filipinos.

ABS-CBN reporters Jacque Manabat and Chiara Zambrano tweeted a #RP37 with a broken heart emoji for Sevidal, expressing their sympathies.

Reporter Kevin Manalo recounted his fondest memories of Sevidal, he saw the broadcaster as a father-like figure in the newsroom.

I only have fondest memories with #RP37 Edwin Sevidal.

He was fatherlike to me in the newsroom. He was part of the panel who gave me a chance to be a reporter. I wasn‘t able to bid him farewell because of covid.

You will be missed, sir!

Reporter Jervis Manahan recounted how Sevidal would always remind him to go home, noting how he truly cared for his colleagues.

Former editorial associate at ABS-CBN News Kim Fajardo recalled how Sevidal pushed him and helped him with his career as a reporter.

He thanked the broadcaster and bid the Radyo patroller ‘goodbye.’

Sevidal was known as a Radyo Patroller for DZMM and a broadcast journalist for 26 years since 1995.

Then, he became the ABS-CBN’s Head of Radio News Gathering in 2015. He was also the Asia Pacific News Bureau Chief, and along with the Asia news correspondents, they delivered news from the region to Filipinos.