The most talented actor wins the prize. That may not be true in every occasion, and for every actress, but taking home the top acting honors more than once, is surely a legendary feat. 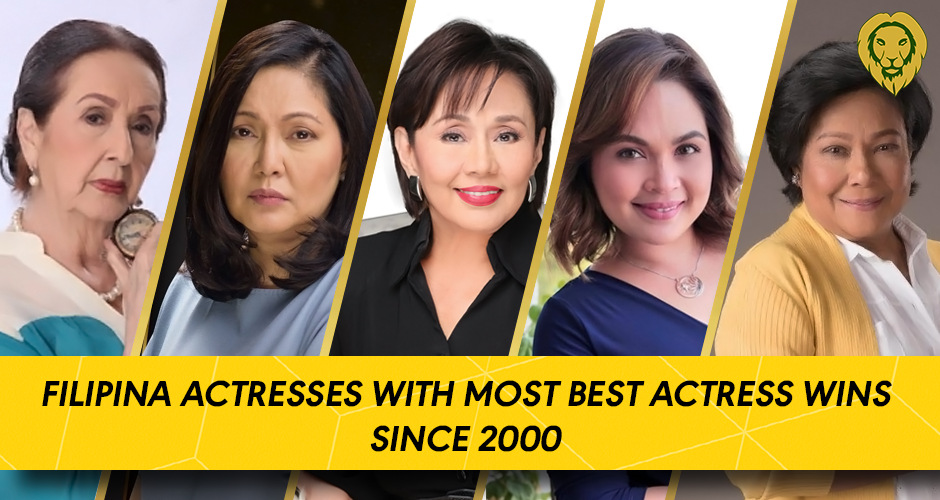 We look through the winners of the five biggest film awards: FAMAS, Urian, Luna, Star Awards, Young Critics Circle in the country, and of the Metro Manila Film Festival–to come up with this list of local actresses with most wins for ‘Best Actress’ from 2000 to 2020. 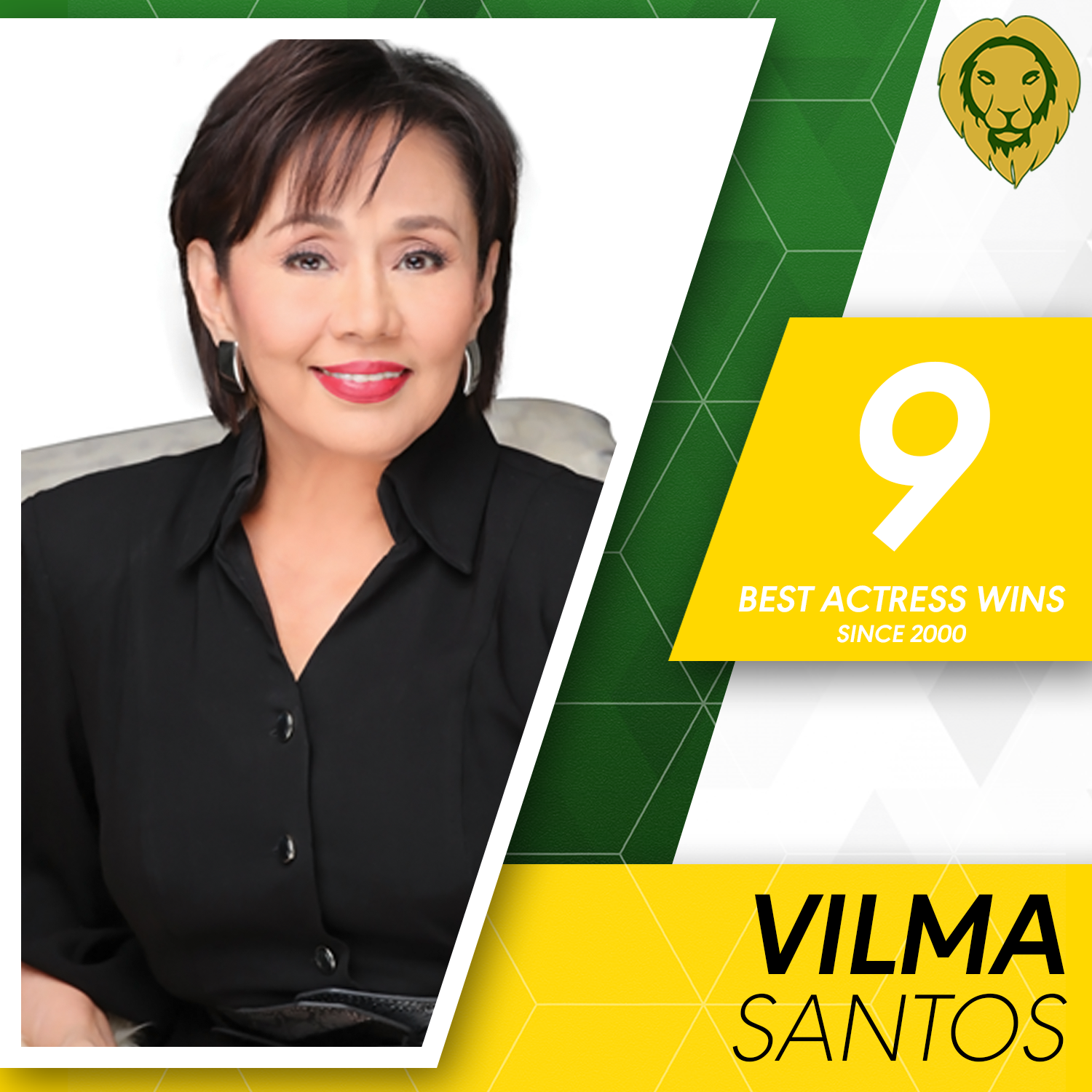 The crown belongs to the Star for all Seasons for having the most wins for Best Actress in the last two decades.

In 2001, Santos won Best Actress from Philippine Movie Press Club during Star Awards for Movies 17th awarding ceremony. She won for her performance in the film, Anak. She earned four more best actress trophies from Star Awards, for her performances in Dekada ’70 (2003), Mano Po 3: My Love (2005), In My Life (2010), and Everything About Her (2017).

For her performance in Anak, she earned a Best Actress trophy, each from Gawad Urian, Luna Awards, and the Youth Critics Circle. For her role in Mano Po 3: My Love, the Metro Manila Film Festival, gave her another Best Actress trophy in 2004. 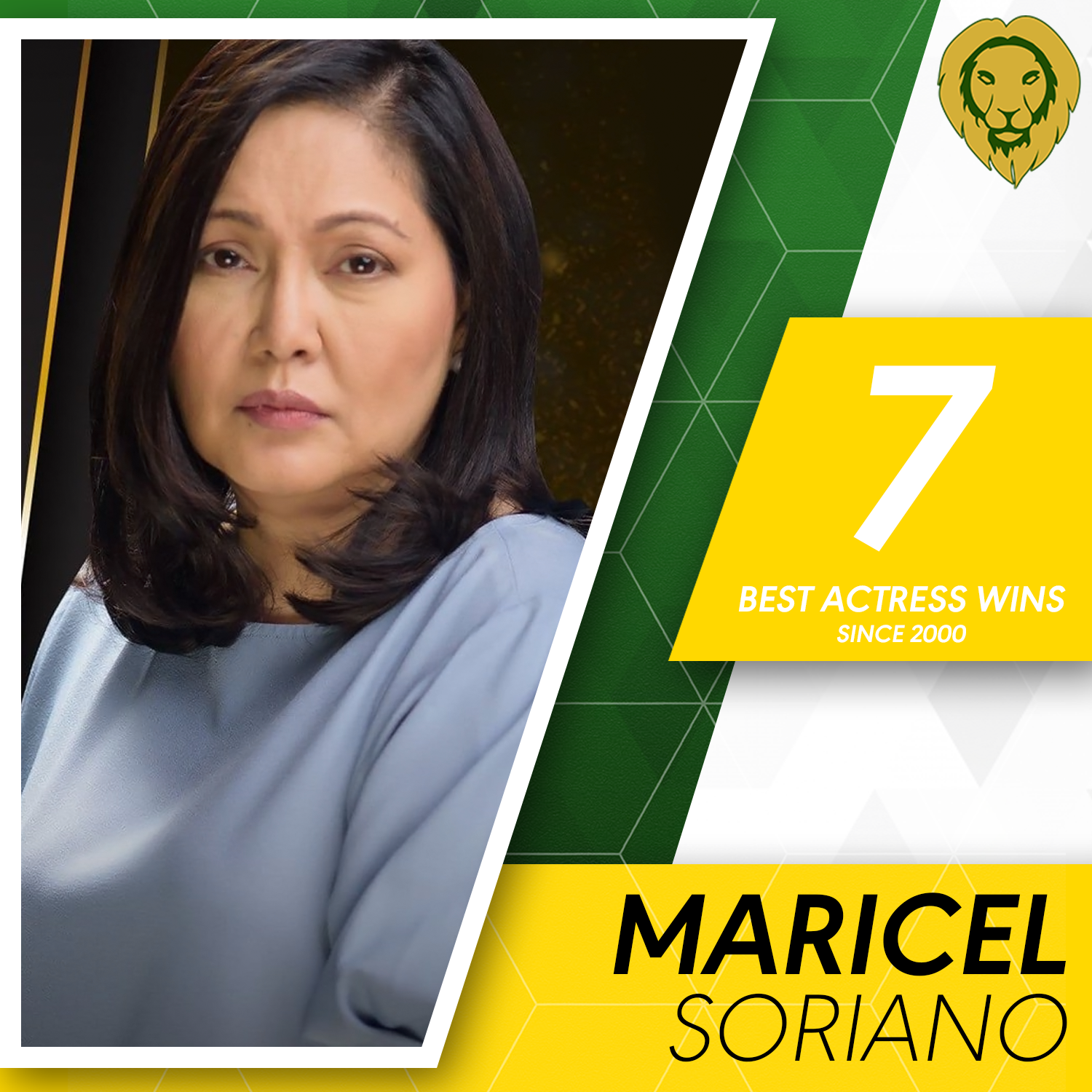 Diamonds are forever, so does Soriano’s legendary acting career.

In the two decades of her career, the undisputed Diamond Star took home seven Best Actress awards from the biggest acting awards in the country. 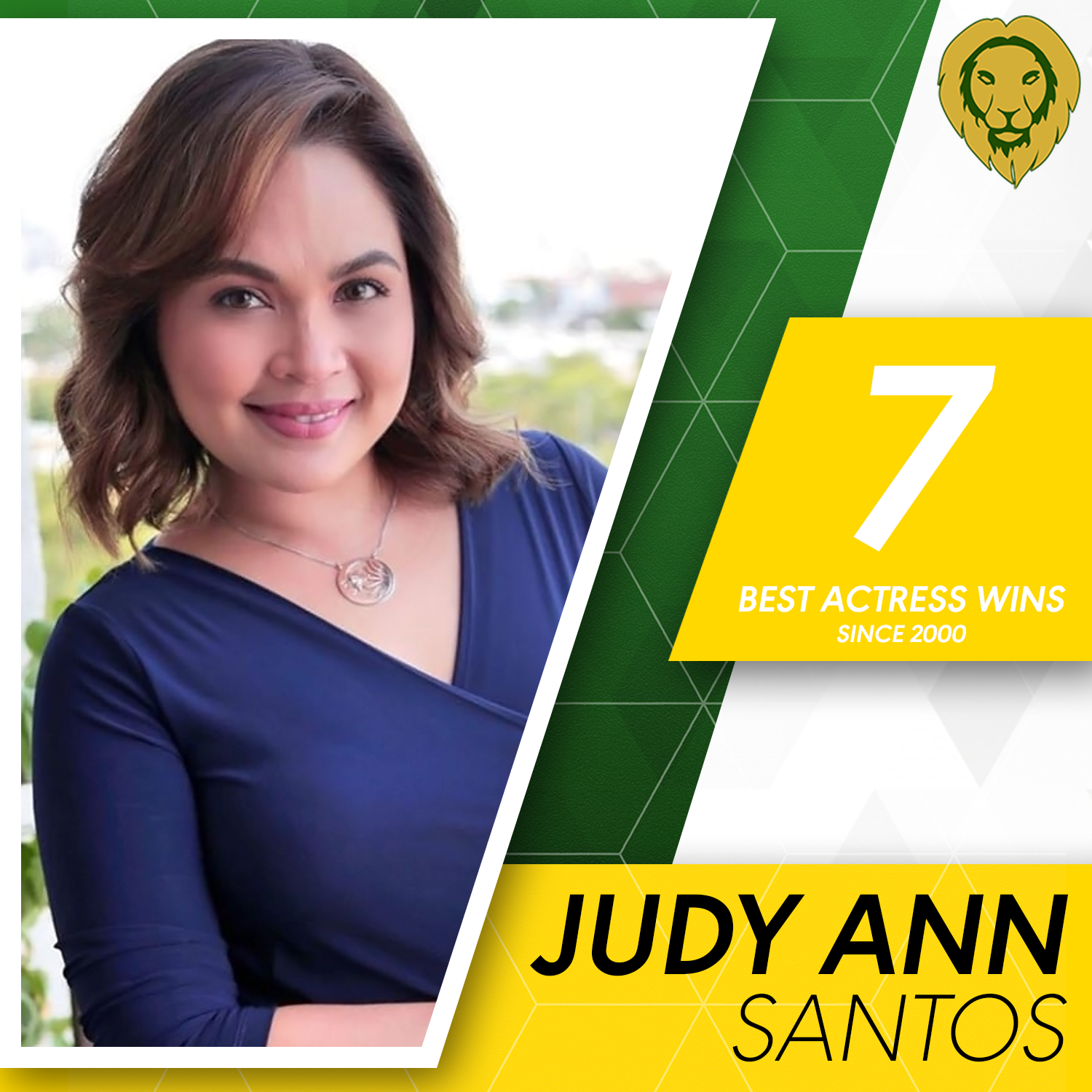 Hailed as the young superstar, Santos lives up to her title by being one of only two Philippine actresses to score seven Best Actress Awards from the local entertainment scene’s biggest award-giving bodies.

She took home Film Academy of the Philippines’ top acting prize twice for her performances in Kasal, Kasali, Kasalo (2007) and Mindanao (2020)–with the latter film also giving her an MMFF Best Actress award. She won her first and only FAMAS, MMFF, and PMPC Star Awards for Movies, Best Actress trophies in 2007–both for her role in Kasal Kasali, Kasalo.

She won her first Gawad Urian in 2005 for her role in Sabel. 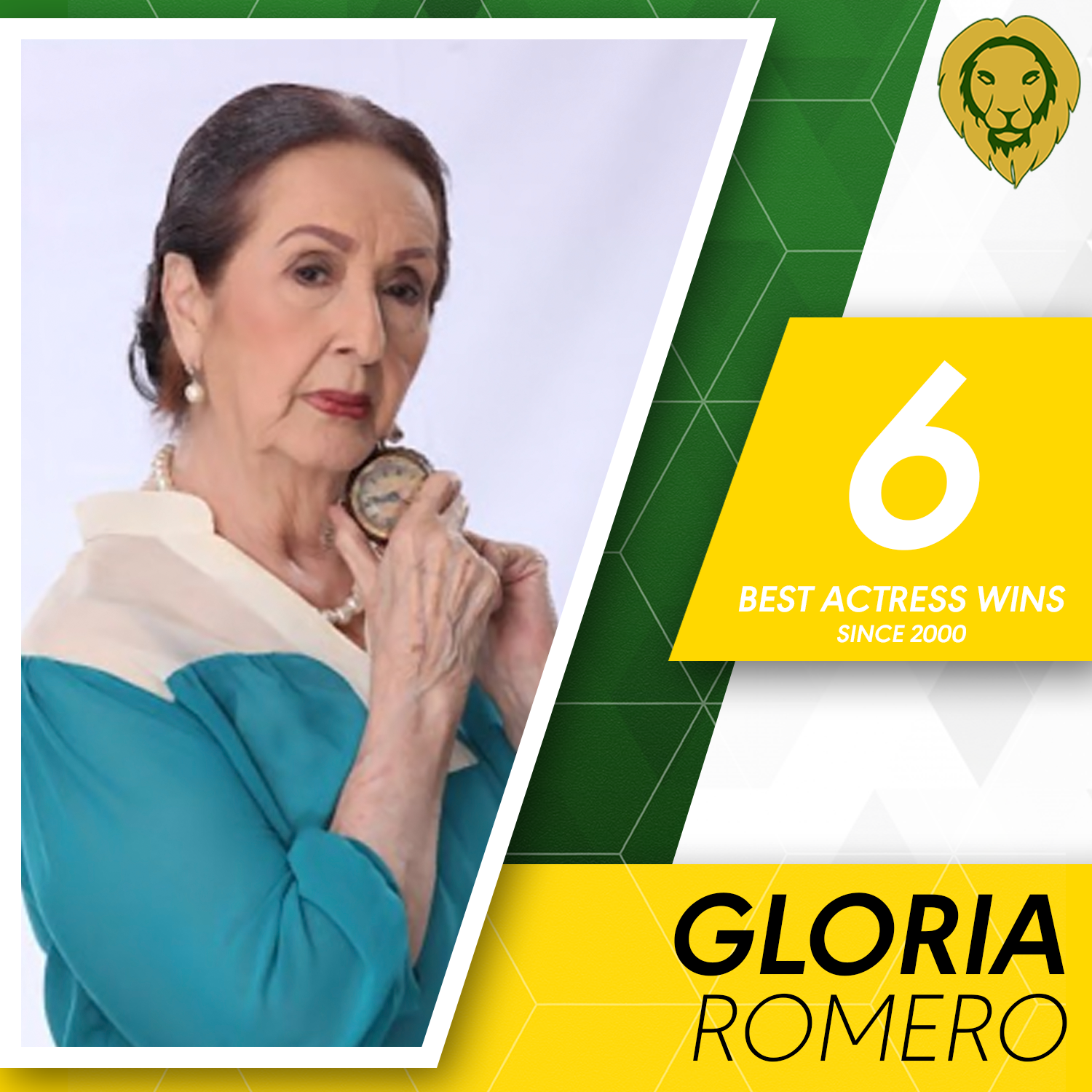 Veteran actress, Romero, has been around in showbusiness for nearly seven decades.

Her performances in the last twenty years bear no difference in her greatness since the onset of her phenomenal movie career. She scored the top award for an actress in a lead role, from the Youth Critics Circle, FAMAS, Film Academy of the Philippines’ Luna Awards, the Gawad Urian, and the Metro Manila Film Festival–all for her performance in the ensemble family drama, Tanging Yaman.

Her last Best Actress win was in 2018, following her unforgettable performance in the film, Rainbow’s Sunset. 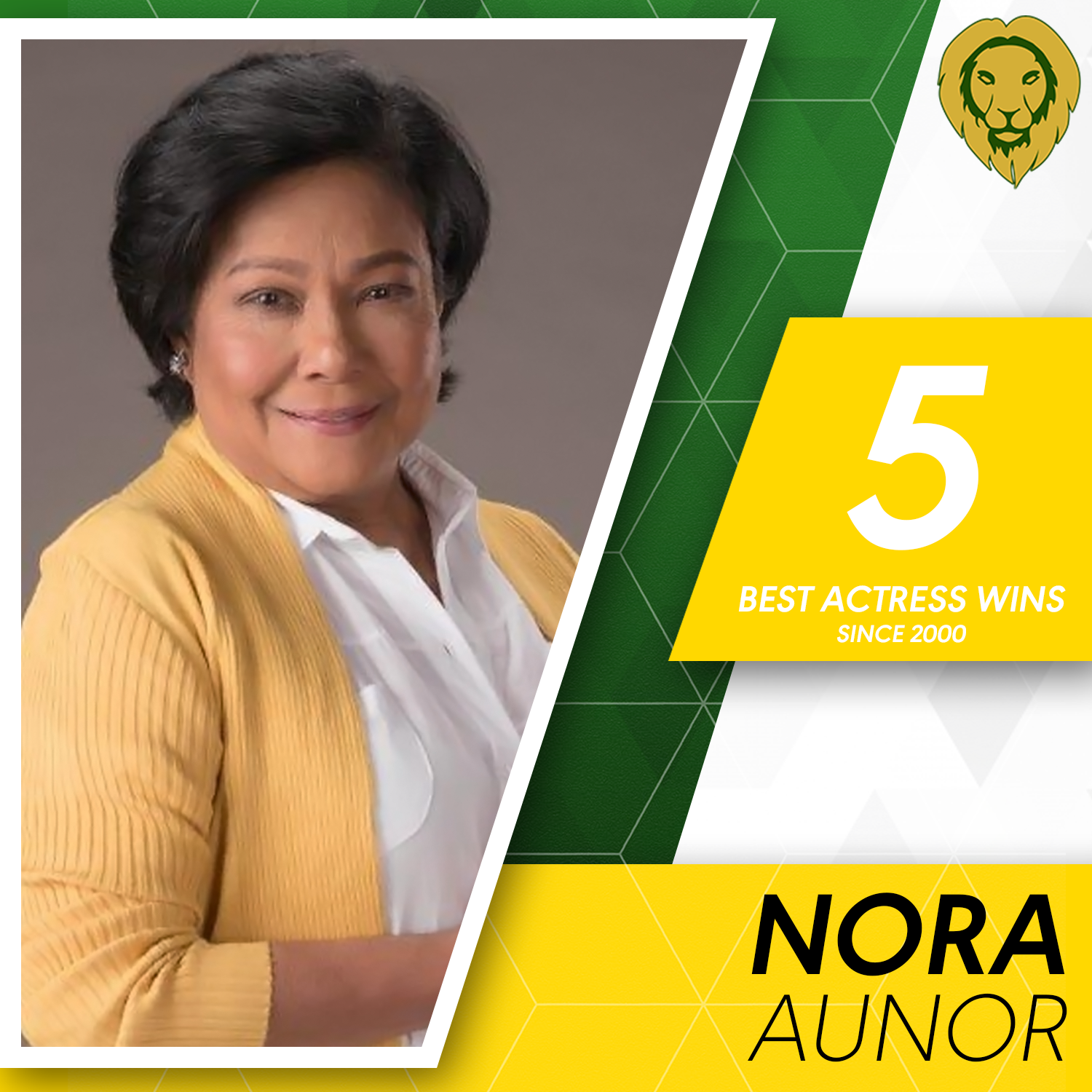 The last twenty years of one and only Superstar is no doubt different from the rest of her phenomenal movie career. She took home the top prize from various acting awards since 2000.

Aunor won her seventh Urian in 2013 for her role in Thy Womb, which she also gave her the top acting prize from the Youth Critics Circle. 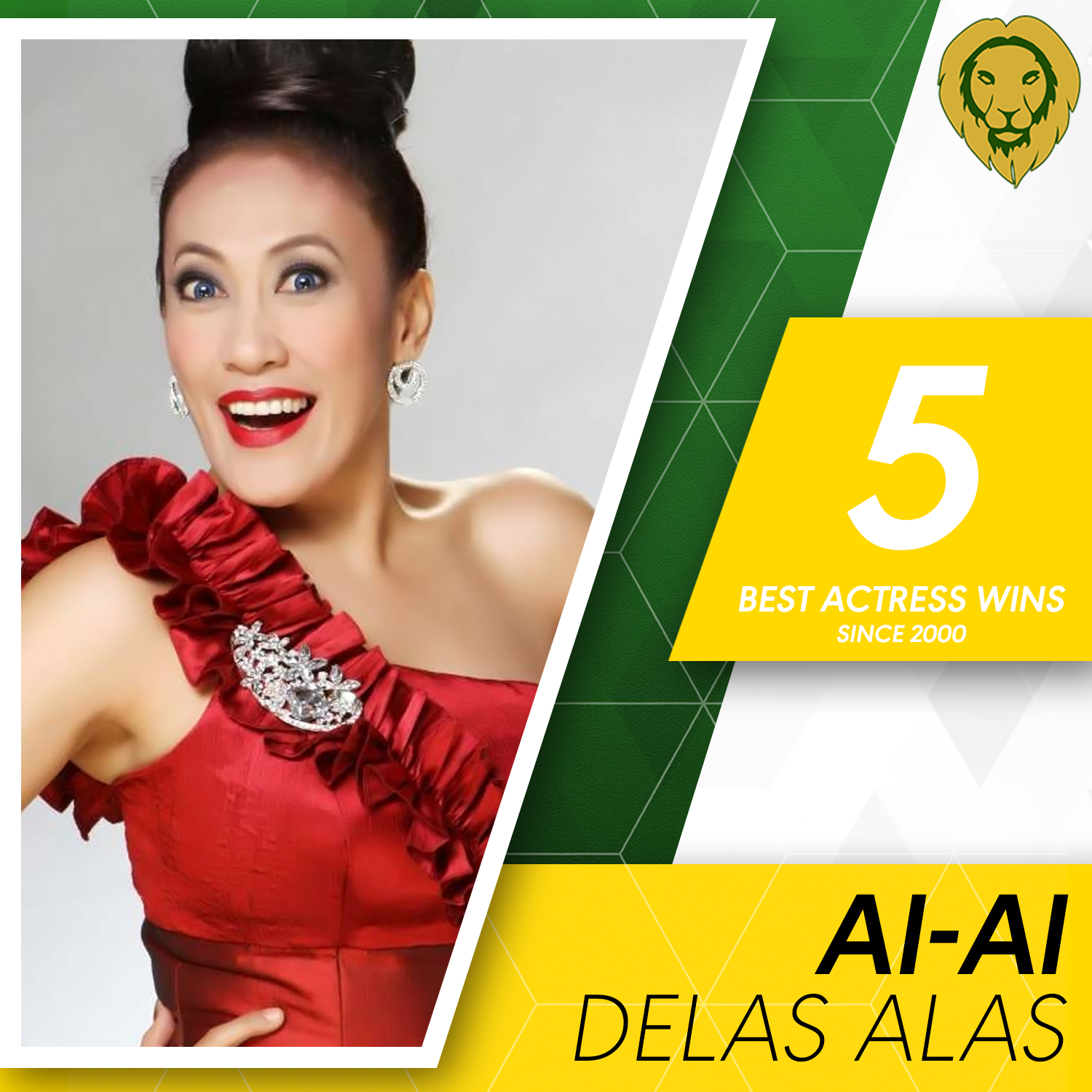 For the same performance, she received her first FAMAS Best Actress Award in 2011. 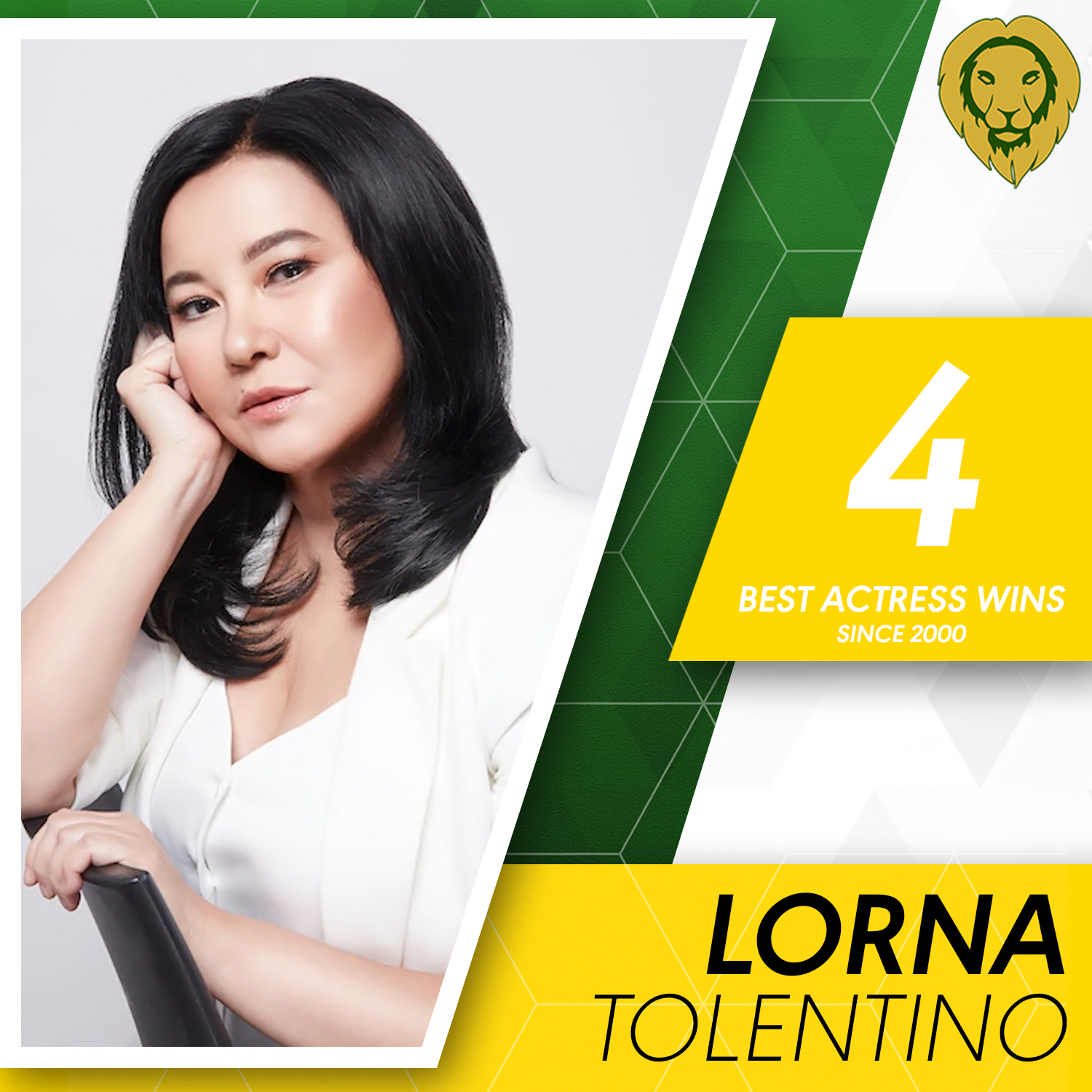 Currently, appearing as one of the major antagonists in the long-running TV series, FPJ’s Ang Probinsyano–Tolentino has arguably among the most impressive acting portfolio in the local entertainment industry.

In the last twenty years, she scored two Best Actress trophies each from FAMAS and Luna Awards. The drama film Abakada Ina gave her two best actress awards—one from FAMAS, and another from Luna Awards.

FAP’s Luna Awards handed her another best actress trophy in 2011 for her performance in the Star Cinema family drama, Sa’yo Lamang. 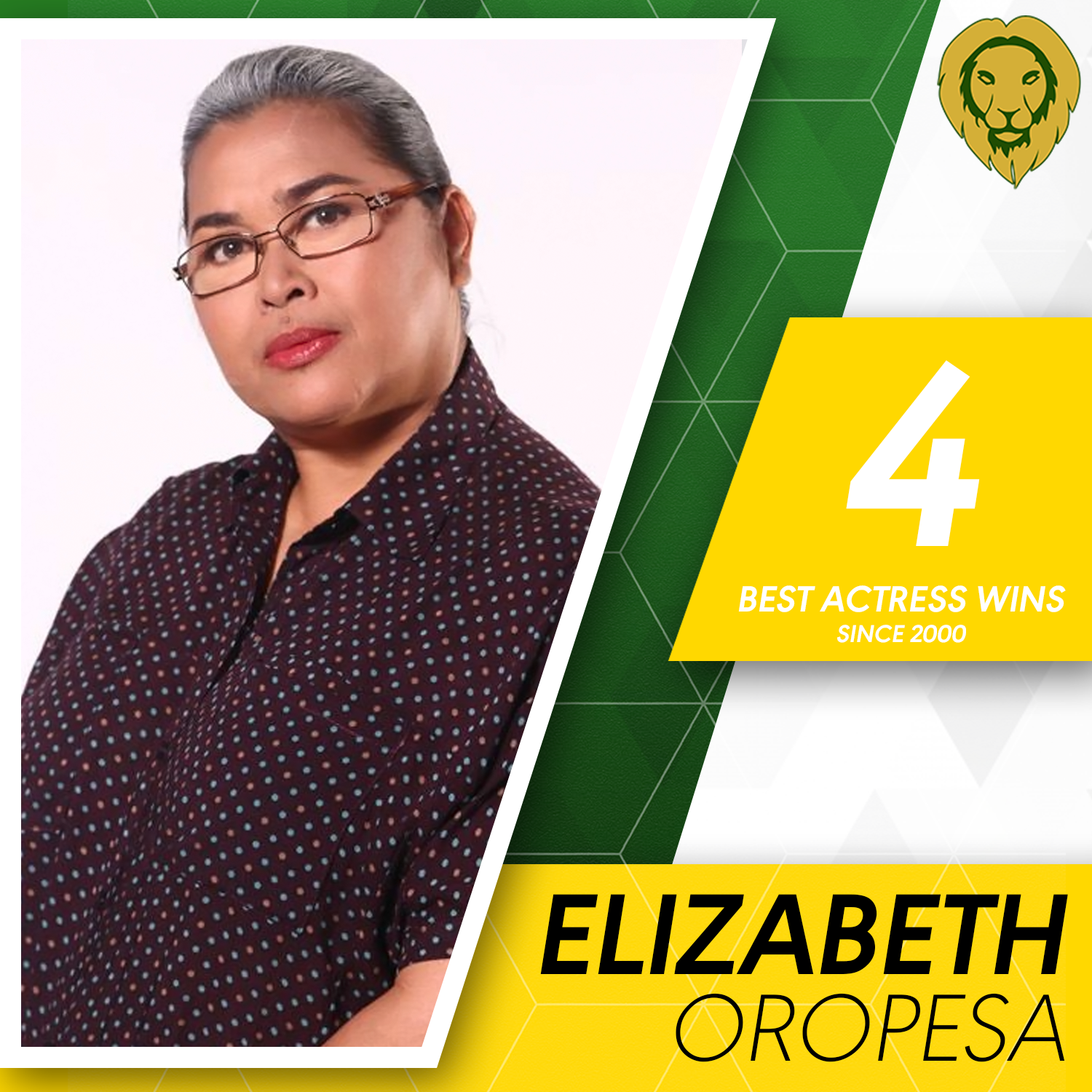 Oropesa’s jawdropping performance in the film, Bulaklak ng Maynila (1999), gave her five Best Actress wins. She received four of those wins in 2000 from the Young Critics Circle, Star Awards for Movies, Gawad Urian, and Luna Awards–making her one of just a few actresses to take home the top acting award for her performance in the same film. 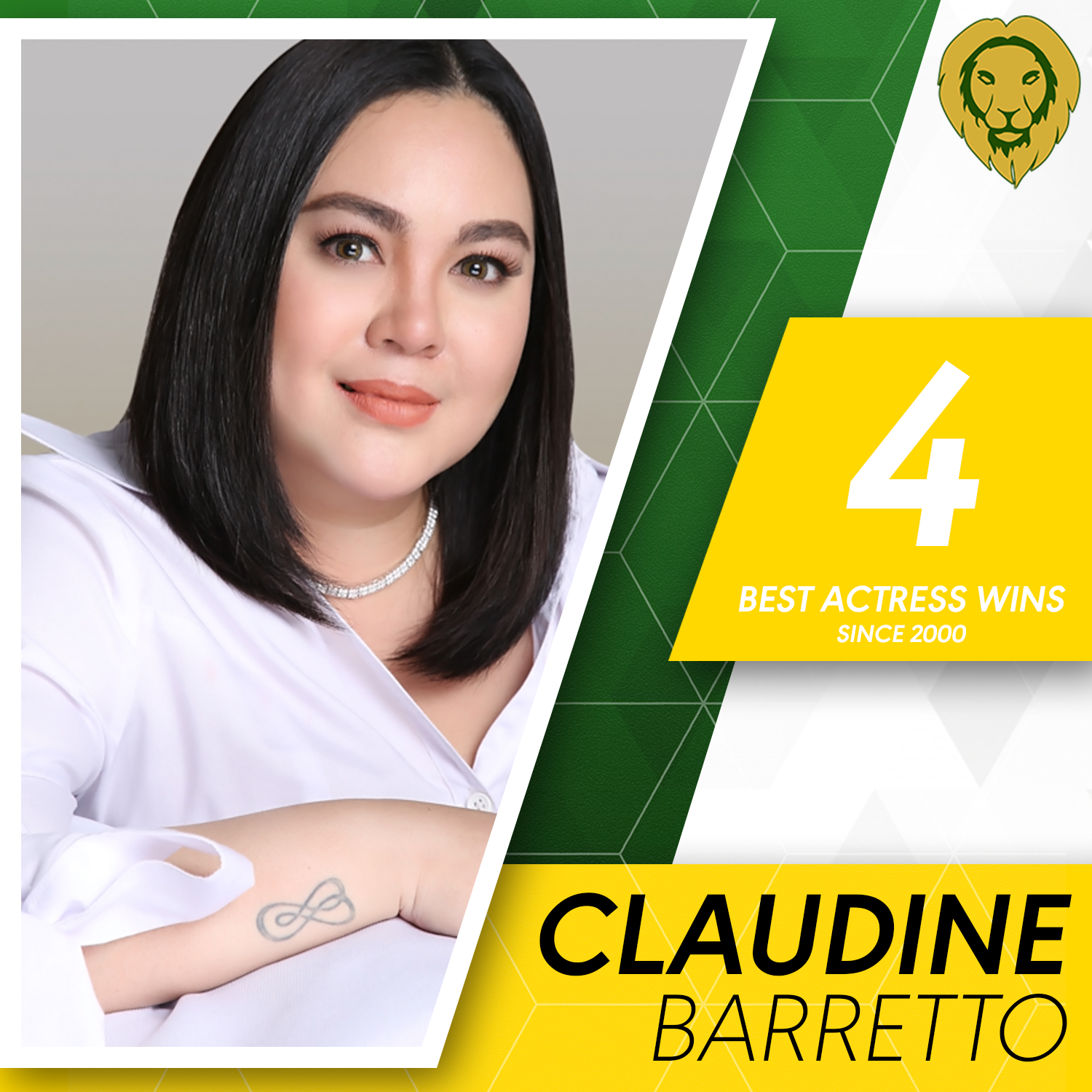 Considered to be one of her generation’s biggest stars, Barretto is also known for her incredible feats in various local award-giving bodies.

Prior to these wins, she scored grand slam Best Actress nominations from the four biggest film awards in the country for her performance in Kailangan Kita (2004). In 2006, Star Cinema’s drama-thriller Nasaan Ka Man, gave her her first FAMAS and PMPC Star Awards for Movies’ Best Actress awards. 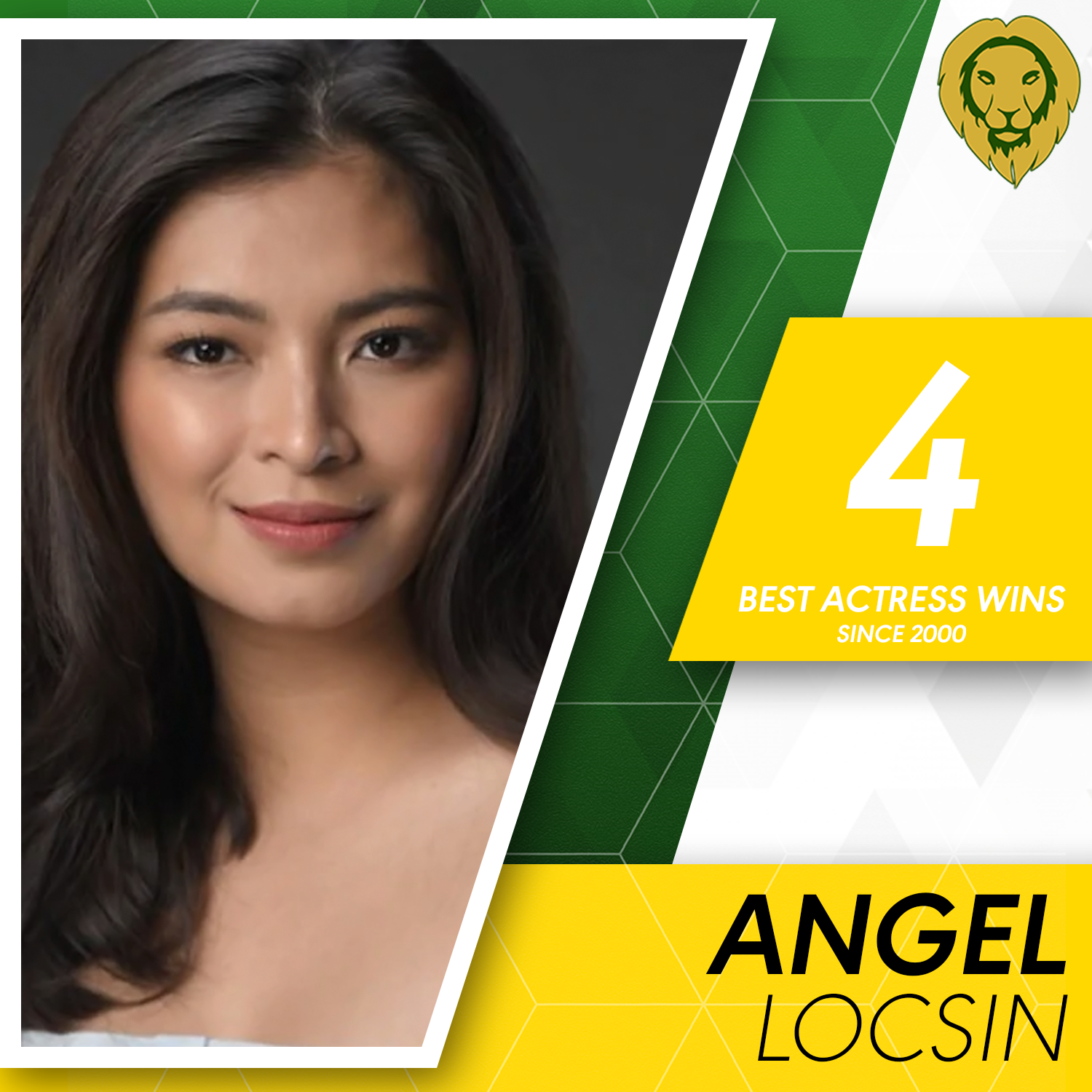 This talented Kapamilya actress won PMPC Star Awards’ Best Actress trophy for two consecutive years. In 2012, she was named Movie Actress of the Year for her performance in In the Name of Love. The film One More Try, gave her the same award the following year. 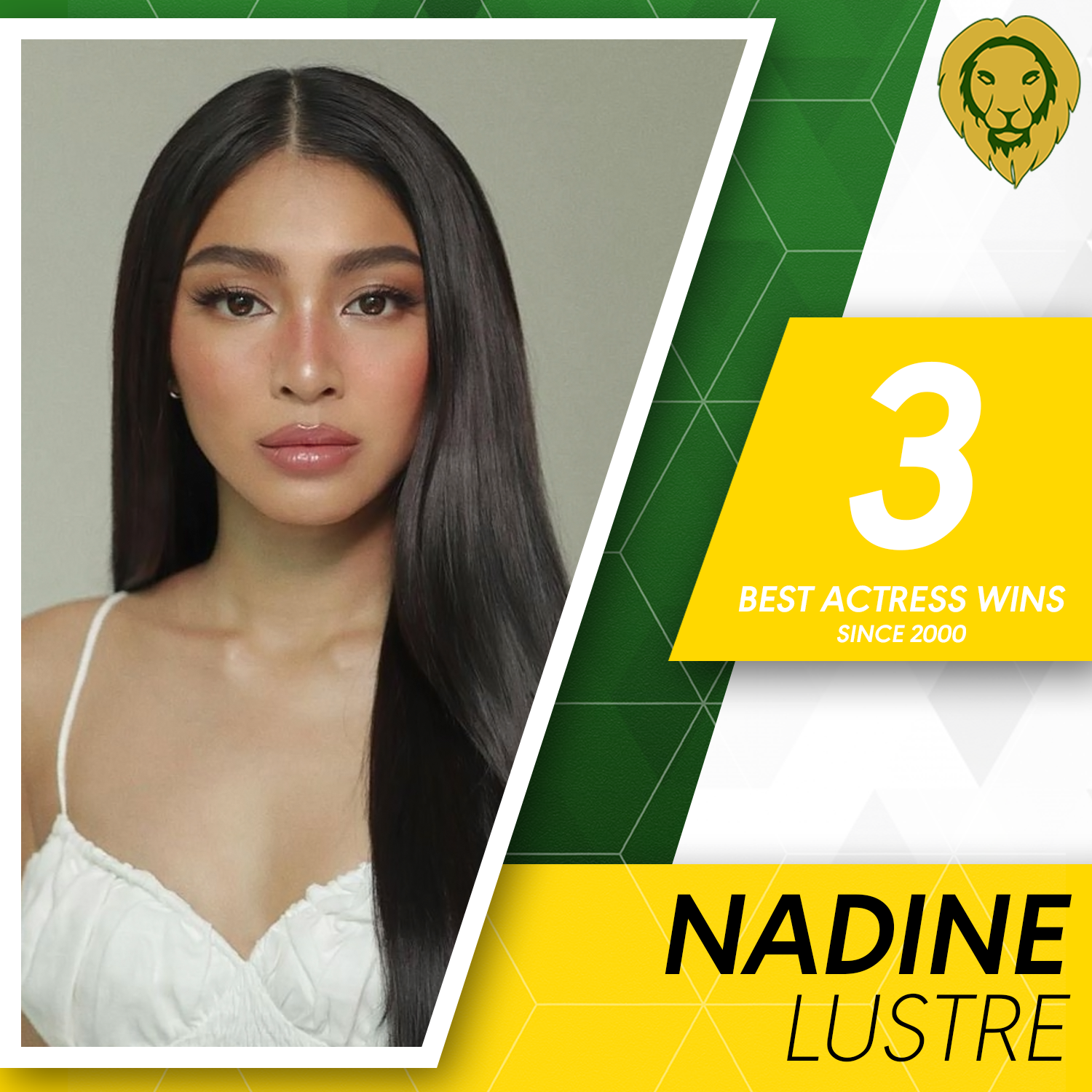 The youngest actress in this list, Lustre won three of her biggest acting awards through her remarkable take on her role in the film, Never Not Love You.

She earned the top accolade from the Youth Critics Circle, FAMAS Awards, and Gawad Urian for her performance in the said film. 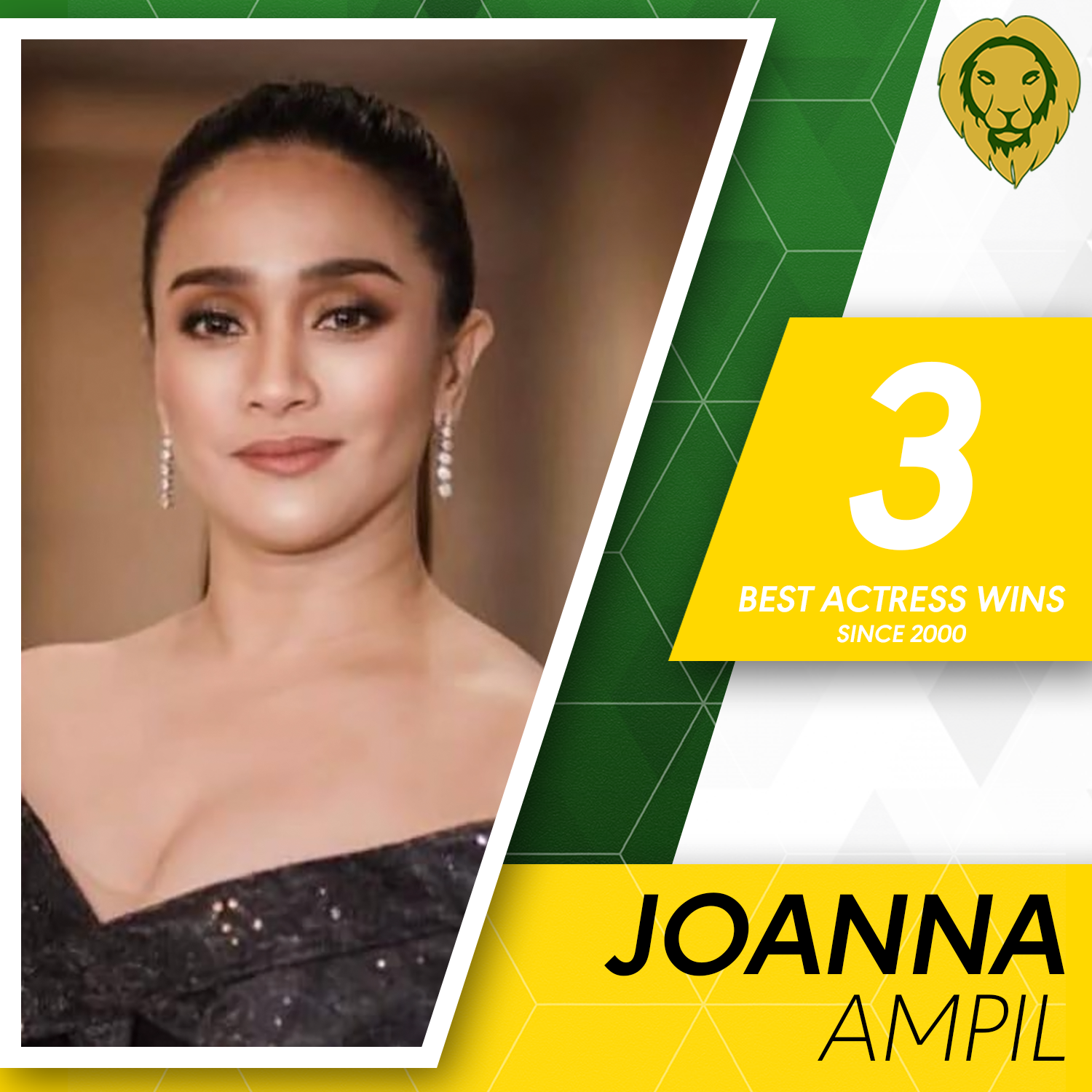 In the world of the theater, however, she definitely had a much better number—from performances on many play titles—to brag about. 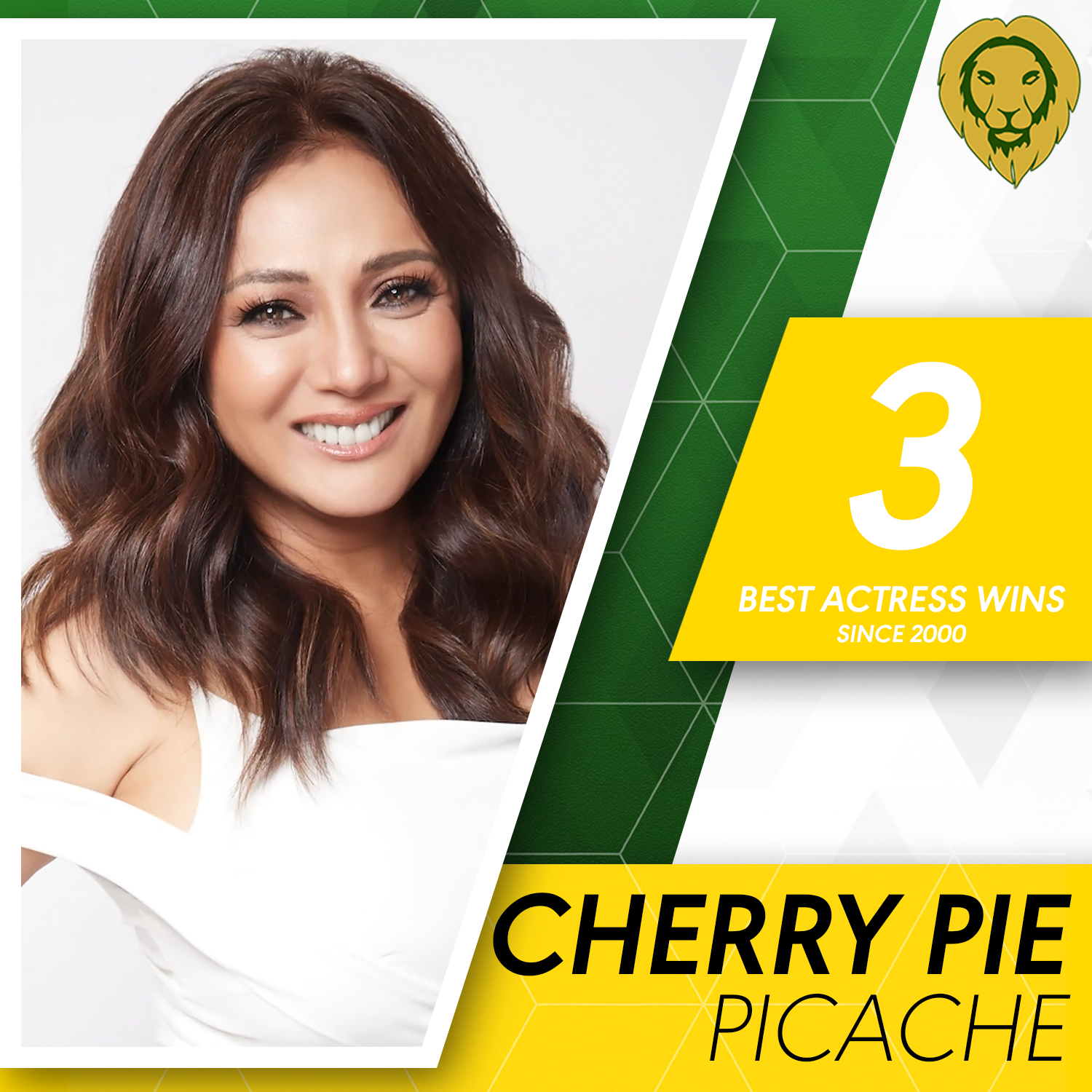 Did you think we missed someone who should be in the list? Let us know in the comments.