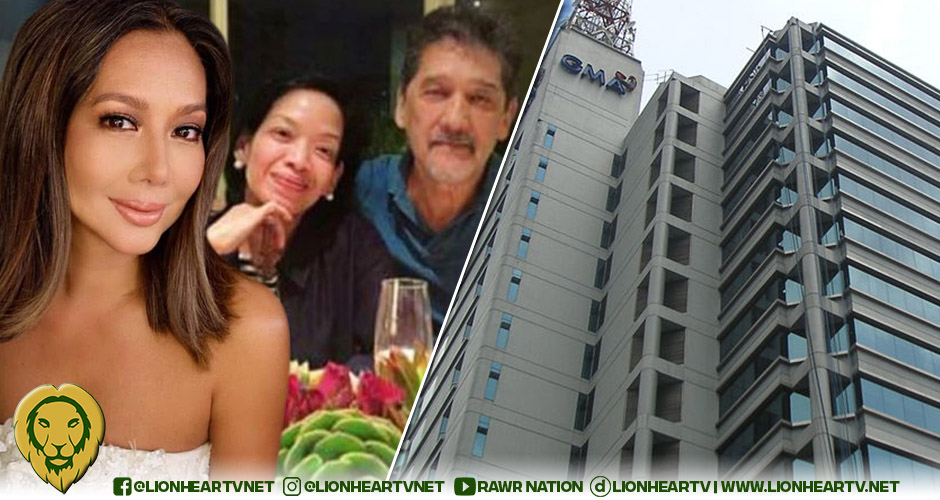 This was before the Kapuso Network made the announcement on July 13 that the two Kapamilya star-builders are now part of their midst.

On Monday, July 12, GMA Network teased its supporters that the “pillars” in Philippine entertainment are about to join the Kapuso network.

A Pillar in Philippine Entertainment is Making a Move. Find out tomorrow! pic.twitter.com/MmiMQWpX2m

But in an Instagram post on Sunday, July 11, Sanchez shared how she spent dinner with the newest Kapuso Mr. M and Alberto, along with other “pillars in the industry.”

She wrote in the caption: “What a fun evening to cap a long and tiring day. A feast of food and laughter and no holds barred and, therefore, censored conversation with some of the movers and most interesting pillars of the industries: ABSCBN now GMA 7’s Johnny Manahan and Mariole Alberto, Viva’s Law Tan, Robinson’s Robina Gokongwei-Pe, veteran PR Guru Keren Pascual, Dreamscape’s Joel Mercado, ABS-CBN’s Enrico Santos and Leo Katigbak, PEP’s dragon lady (haha) Joann Maglipon and Brightlight’s Pat Daza.”

Mr. M left Star Magic in 2020 where he was replaced by Alberto. On January 1, 2021, Direk Laurenti Dyogi then became the talent agency’s new head as Alberto made her leave as well.

There were speculations on the two making the switch to GMA Network. Now, on Tuesday, July 13, the rumor is no more as the network announced that both Mr. M and Alberto are now part of its own talent arm, GMA Artist Center.