On twitter, Agot Isidro got back at trolls who criticized her personality and physical appearance. 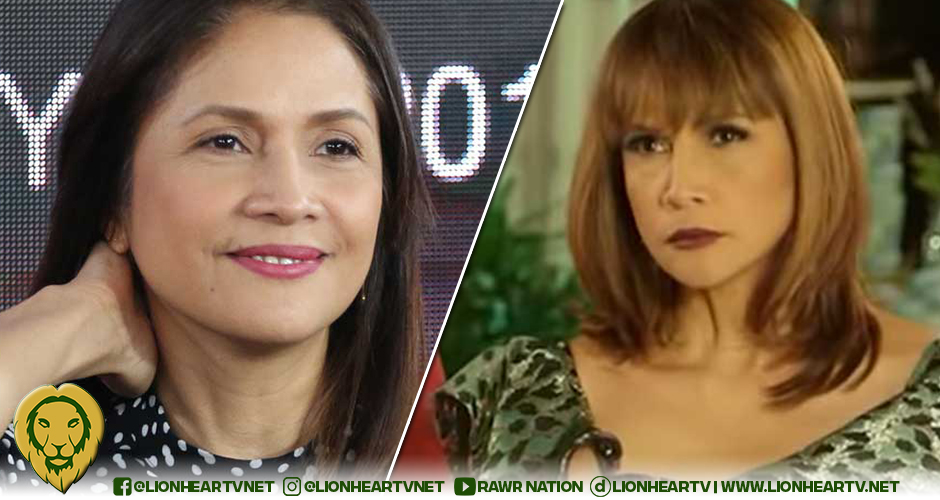 The singer-actress received criticisms on August 16, Monday, after calling out Congresswoman Claudine Diana “Dendee” Bautista for having a “lavish” wedding ceremony in Balesin amid the COVID-19 pandemic and the situation of displaced drivers.

The wedding came to the public’s attention on Wednesday, August 11 after fashion designer Michael Cinco posted photos of the bride and the groom on Instagram.

Bautista, the representative of the Drivers United for Mass Progress and Equal Rights party-list, is one of the 70-strong lawmakers who voted to junk ABS-CBN’s franchise renewal bid.

In response to this, Isidro said that she had replied to this basher several times, thus they are now enjoying their salary for being a troll.

A female netizen with 11 followers claimed that Isidro is envious of Bautista.

Isidro also regarded her as a “troll”
.
In her next tweet, the actress implied that she was not affected by the comments of these bashers.

“Sometimes, I make patol. Because it’s fun,” she posted.

Because I’d explode otherwise. Or rupture an artery somewhere.

Isidro also agreed that they should not be stressed out just because of the bashers.

She is also part of Love Beneath The Stars, a six-episode series, which premiered on iWantTFC on August 16.