Anthony Taberna and Gerry Baja, hosts of DZRH’s Dos Por Dos, responded to the statement of the Department of Health (DOH) reprimanding the radio station for allowing the spread of vaccine misinformation. 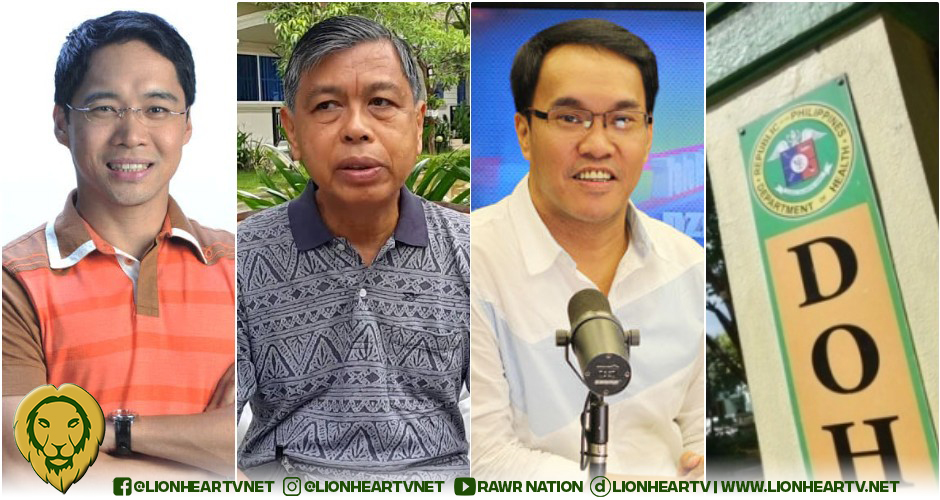 In their show Thursday, August 12, the radio hosts took turns explaining why they allowed Dr. Romeo Quijano to claim that COVID-19 vaccines can cause more harm than the virus itself.

Taberna clarified that the purpose they invited Quijano to their show was to give light on children’s vaccination and to provide options for the unvaccinated population.

They, too, were surprised to hear that Dr. Quijano, a retired professor of the University of the Philippines College of Medicine was an anti-vaxxer.

But because of their respect toward the doctor, they let him air his thoughts.

Their response came after the DOH released a statement on August 12 condemning the spread of false information about Covid-19 vaccines by medical professionals.

The health agency also slammed DZRH for being “irresponsible” as they “allow such professionals to use their platforms to spread baseless information that stood to harm Filipinos, especially those who are in the process of deciding to get vaccinated.”

Meanwhile, the explanation of Taberna and Baja earned the ire of Netizens as they were dissatisfied by the inaction of the radio hosts to try and reasoned with a medical doctor who is an anti-vaxxer.

i listened to the interview of Dr. Quijano w Gerry Baja and Anthony Taberna at @DZRH. baja and taberna just let this doctor go on and on saying false information without being challenged by them. both didn’t try to correct the misinformation the doctor was saying.

Others even recalled the time that the radio hosts were against the dengue vaccine Dengvaxia.

A twitter personality found similarities from Taberna and Baja to Noli De Castro and Ted Failon who faced a somewhat similar situation during the Dengvaxia controversy.

Some even called Taberna and Baja DDS and were thankful that they were not with ABS-CBN anymore.

A netizen and some medical professionals ridiculed Taberna and Baja for allowing an anti-vaxxer in their show for the sake of ratings.

more IDIOTIC is the fact that @dzrhnews thru taberna/baja and @NewsRmn thru bandola/delgado giving airtime to antivaxxers just to gain ratings in this Medical Emergency.

As of this writing, the confirmed COVID-19 cases in the Philippines have already reached 1.7 million, with 29, 838 deaths, and 1.5 million recoveries.