He’s not one to shy away from roles that challenge his experience and reveal his depth as an actor and as a person. But, now, as he celebrates his 15th year in the business, Zanjoe Marudo pushes the envelope further as the reliable leading man of his time. 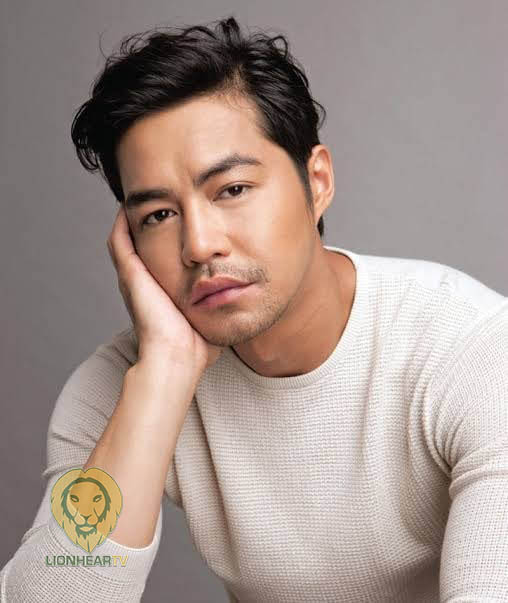 After debuting into the local tinseltown as the 4th Big Placer in the 2006 “Pinoy Big Brother: Celebrity Edition,” the hunky Zanjoe immediately showcased his promising acting skills through some appearances before finally landing his first leading man soap “Dyosa” in 2008. But one of his landmark projects in local TV was his title soap “Dream Dad” in 2014, which had him tugging on the heartstrings of many while revealing his softer side.

Gone were the days when he’s equated to just another good-looking actor in a network swimming with loads of those as Zanjoe managed to tick off feats after feats silently, year in, year out.

But one of his most important recognitions happened in 2017 when he was nominated under the Best Performance by Actor category in the 45th IEMMY’s (International Emmy) Awards for his performance in “Maalaala Mo Kaya: Anino.”

To celebrate all his achievements and to look back at his vivid years in the business comes an especially crafted documentary titled “Hanep, Kinse na pala! Zanjoe’s 15 years in showbiz.” will premiere on Sept 26, Sunday 12nn in Star Magic YT channel.

Not only will he be fondly remembering his journey, Zanjoe would also be celebrated by his dear family, seasoned co-actors, longtime friends, and esteemed mentors in the business such as Piolo Pascual, Angelica Panganiban, Jodi Sta. Maria, Angel Locsin, Bela Padilla, Toni Gonzaga and directors Ruel Bayani, Cathay Garcia-Molina, FM Reyes, Connie Macatuno, and Lauren Dyogi, among others.

Get to know more about Zanjoe on and off cam by catching the three-part documentary on Star Magic’s Official YouTube Channel on the following dates: September 25 (ep1) October 2 (ep2), and October 9 (ep3).

Meanwhile, this year alone has been and is bound to be an exhilarating one for Zanjoe as he continually adds more leaves to his flourishing laurel. His recent Best Actor nomination at the 2021 Gawad Urian for his stellar performance in the 2020 iWant Original Film “Malaya” is something distinctly special for him as it his first time to earn the nod of the country’s most prestigious award-giving body.

But, while he has long excelled in dramatic and comedic acting in the big and small screen, Zanjoe also let his guard down recently by showing another side of himself–one that taps on his interest in nature, laidback living, big bikes and good times with his dear friends. Hence, the birth of his vlog D’ LaZY Road Trip together with comedian Hyubs Azarcon and basketball player LA Tenorio some six months ago.

Proving that he is unstoppable, those who want to see more of his acting skills can expect to see him also delving into the big screen this year as he stars in “366,” the directorial debut of Bela Padilla.

However, the upcoming premier of the much-awaited, local adaptation of the American psychological drama “Doctor Foster” will definitely showcase the peak of Zanjoe’s artistry. Set to be one of the highlights of his 2021, the “The Broken Marriage Vow” by Direk Connie would have Zanjoe breathing life to the character of David Ilustre, an infidel husband to Jodi Sta. Maria’s character Dr. Jill. His weakness would eventually lead him to be lured by the mistress Lexy Lucero to be played by Sue Ramirez.

Now, as Zanjoe ushers in another year, he looks forward to uncovering his other potentials, digging deeper into his artistry, checking off more local and international award-giving bodies on top of the iEmmys, and fulfilling roles that matter–not just as a leading man–but as an actor who sends a powerful message through honest and unadulterated performances.