The failed attempt of authorities to capture the driver of the sports utility vehicle (SUV) that put a security guard critical in the hospital left several personalities on Thursday, June 16, baffled by the country’s justice system. 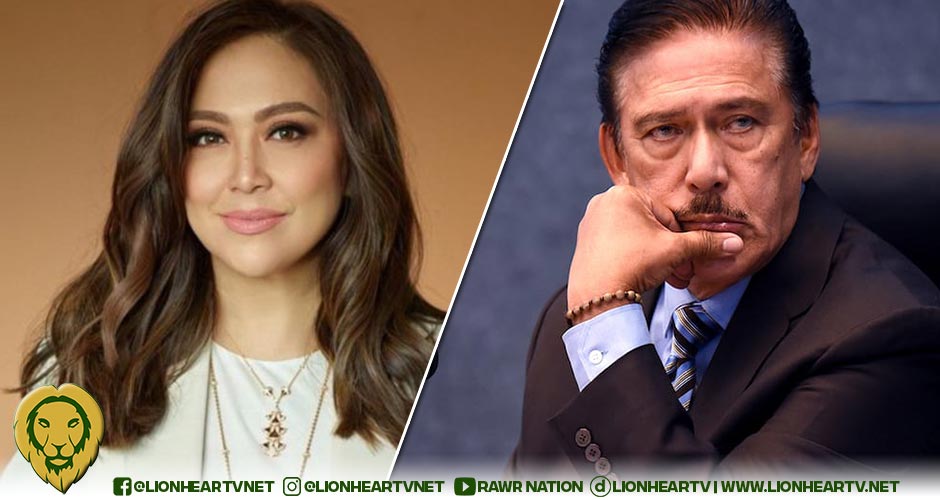 The suspect, identified to be Jose Antonio Sanvicente, apologized for the incident after the Philippine National Police (PNP) gave him media time.

“My apologies for what happened. My apologies to Mr. Floralde and his family,” Sanvicente said through his face mask.

Furthermore, the authorities ordered him to show proof that he was not the vehicle’s driver that ran over the security guard Christian Joseph Floralde.

Seasoned broadcast journalist Karen Davila admitted that it was “disturbing on so many levels.” The suspect, who apologized subconsciously, admitted to “running over the security guard as seen on viral video” but was able to “walk free.”

This is so disturbing on so many levels. Suspect admits to running over the security guard as seen on viral video, holds a presscon with the PNP and lets him walk free.

Since when is a hit and run not a crime? pic.twitter.com/XlH9JmeZwg

In another tweet, Davila shared that the perpetrator could escape jail because of PNP’s failure to apprehend Sanvicente within a specific period.

Lt. Gen. Vicente Danao Jr also said that a warrantless arrest could only be applied to the suspect if he is about to commit, is committing, or has just committed a crime. Unfortunately, ten days had passed before Sanvicente “surrendered” to the authorities.

PNP’s explanation: PNP officer in charge Lt. Gen. Vicente Danao Jr. said that the police could no longer detain him because the time for that had already lapsed. https://t.co/hKxLuYsUlb

The Department of Justice’s (DOJ) 2020 guidelines on Receiving of Criminal Complaints for Inquest Proceedings stated that “The inquest proceeding is an informal and summary investigation conducted by a public prosecutor in criminal cases involving persons arrested and detained without the benefit of warrant of arrest issued by the Court.”

According to Danao Jr, the case has already been “solved.”

“So, we are now leaving to the prosecutor’s office and to the courts, to answer the matters at hand,” he stated.

Meanwhile, senator Tito Sotto even had to ask the outgoing President Rodrigo Duterte about the matter.

He was also disappointed with the PNP using the word “invite” to address the supposed surrender of the suspect.

Why are you guys so tentative about this fellow? Invite? Surrender? Arrest is the better word! https://t.co/8BYXsNQvv4

The senator even reminded the authorities that there is no exception regarding individuals getting drug tested in accidents.

The Anti Drunk and Drugged Driving Law mandates a Drug test for those involved in accidents. Do not violate the law! @PNPhotline @pnppio

Sotto even replied to Davila’s tweet, suggesting an immediate drug test for Sanvicente.

Regarding the drug test, however, the legal team of Sanvicente refused to disclose whether they would have their client accept it or not.

“The charge he is facing is a traffic accident charge. As of now, we are not prepared to give him advice [on a drug test],” Atty. Danilo Macalino said.

Former Supreme Court Spokesperson Ted Te also shared his take on the case. In a series of tweets, he clarified that Sanvicente did not surrender since there were no pending charges against him.

It's not a "surrender" when the driver surfaces to hold a press conference. No charges are pending in court and no warrant has been issued.The police lost their opportunity to arrest him immediately under the "hot pursuit" exception after he ran over the traffic enforcer.[1]

Different from a perp walk, that press conference was a staged media availability. Note: no handcuffs, no orange/yellow shirt, seated not standing behind a row of cops. It could have been done in any other place, significant that it was done at PNPHQ.[2]

He said that the statements made by the suspect during the presscon could be used as evidence for frustrated murder.

The voluntary admissions during the press con are admissible in the preliminary investigation for frustrated murder. Not so their unilateral characterization of the incident as an "accident"–this is a defense best raised at trial. More than enough PC to charge here. [3]

Te also wondered why the suspect had to be subject to a press conference since he was not going to be arrested.

Again different from a perp walk, the driver went home after the press con because no charges are pending in court and there is no warrant issued. Under the law, the cops cannot legally hold him–and they know that (cf. A124, RPC). So what was that press con all about? [4]

His final thoughts were this, “In principle, I am against perp walks. They condition public opinion against a suspect even before trial–more so, if it is done by authorities at the highest levels. They send the wrong signal to the courts. There should be a law against perp walks, but that’s wishful thinking.”

In principle, I am against perp walks. They condition public opinion against a suspect even before trial–more so, if it is done by authorities at the highest levels. They send the wrong signal to the courts. There should be a law against perp walks, but that's wishful thinking.

In the meantime, Floralde has been discharged from the hospital and was adamant about having Sanvicente charged with the complaints against him.

Earlier on Monday, Sanvicente’s license was revoked by the Land Transportation Office (LTO). It was also discovered that he already had three previous reckless driving incidents and was arrested in 2010, 2015, and 2016.