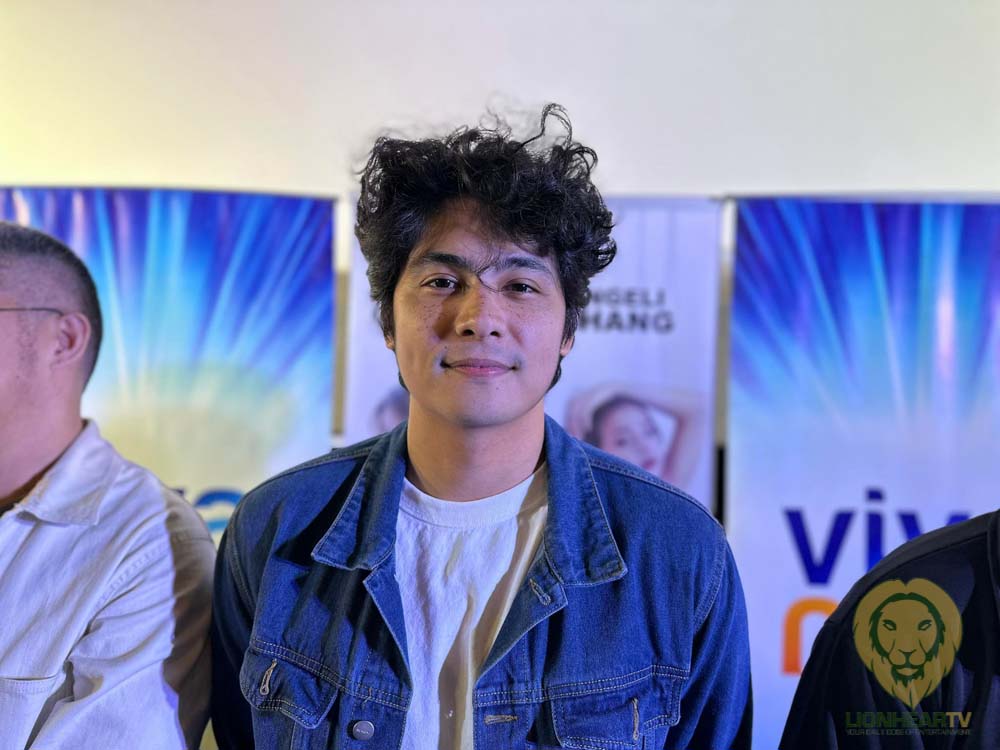 At the media conference for Us X Her, which LionhearTV covered, Estrada connected his personal experiences with his character in the Vivamax movie.

“Both! I believe that I’ve ghosted, and I [was] ghosted, so it goes both ways.”

He then described his role in the film as liberating.

“Amazing and liberating, in the sense that I don’t want to be in a box that I’m just going to be a muscle guy that doesn’t know how to speak or stand intelligent. So, go [and] break the mold. Thank you, Direk, thank you for giving it to me.”

Afterward, his co-star Bob Jbeili alluded to Estrada’s past relationship during one of his statements.

Estrada couldn’t help but react but diffused the situation by saying, ‘no comment.’

He dated Heaven Peralejo in 2021, with earlier rumors pointing to their relationship. Before confirming their romantic involvement, the two had been spotted together on social media.

However, they broke up weeks after confirming their relationship on Instagram.

Estrada stars in the Vivamax film Us X Her with Angeli Khang and AJ Raval. The cast also features other Viva artists such as Bob Jbeili, Shehyee, and MJ Cayabyab.

Under the direction of Jules Katanyag, Us X Her is currently streaming on Vivamax.