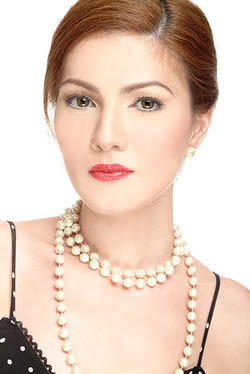 Carmina Villaroel is not ruling out the possibility of her working again with former husband, gay actor Rustom Padilla.

“Kung maganda ang project, why not?” Villaroel said at the sideline of the grand launching of SM Supermalls’ “green bag” on Friday.

Villaroel maintained that she has nothing bad to say against Padilla, who she married in 1994.

“I have nothing to say against him. I don’t have ill-feelings toward him,” she said.

Padilla was one of the popular leading men in the ‘90s. In 2006, Padilla admitted that he was gay when he was one of the contestants of reality-based competition Pinoy Big Brother.

The controversial actor recently made headlines when he announced that he is changing his name to “BB Gandanghari.”

“I’m a woman so call me BB. BB Gandanghari… BB as in Binibini… Rustom is dead, Rustom is not here,” Padilla said minutes after arriving in the Philippines.

When sought for comment about this latest development, Villaroel said: “We’ve moved on. As long as he’s happy, go!”

Villaroel, her partner Zoren Legaspi and their twins Maverick and Cassandra are the celebrity endorsers of SM Supermalls’ “green bag,” an environment-friendly but stylish shopping bag.

This is the latest in the string of endorsements of the Legaspi family.

Both Villaroel and Legaspi were proud to say that they are teaching their young twins about the importance of protecting the environment.

Legaspi believed that parents should inculcate in their children early on the values of environment protection.

“Sila (the kids) ang magta-take over sa atin. They [should] know what to do,” Legaspi said.

Villaroel also shared that her twins were excited about this latest endorsement.

Asked about their baby plans, the two said they want more kids and that, if given a chance, they prefer to have twins again.