Today is the 45th day since the 2011 GMA Films horror-thriller “The Road” hit both U.S. film markets and the online multimedia marketplace iTunes Store, and for 45 consecutive days, the film has been listed as one of the most downloaded horror films in the said online platform. 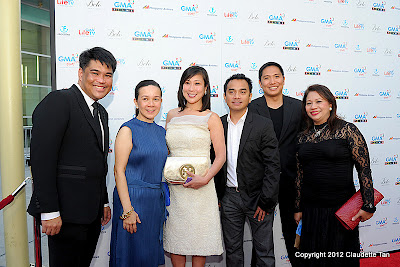 Today, June 25, The Road is once again a part of the list, which according to the iTunes website is “based on actual Horror Movies downloads by iTunes users and updated hourly using data provided by Apple iTunes.”

Among the blockbuster Hollywood movies which are also on the same list are The Devil Inside, The Darkest Hour, Underworld, I Am Legend, Paranormal Activity and Alien vs. Predator.

The Road has also received favorable reviews from the New York Times and the Los Angeles Times:

“The film’s three-pronged narrative does a fair job of laying a spooky groundwork for the revelatory emotional sadism that lies behind most acts of evil; it just takes a bit of clunky exposition to get there,” wrote Robert Abele in the Los Angeles Times.

The Road was written and directed by internationally-acclaimed Filipino director Yam Laranas and produced by GMA Films. It was originally released in the Philippines in November 2011.

Early this year, GMA Films reached an agreement with U.S.-based international film distribution company Freestyle Releasing. The deal made possible the North American release of the said film beginning in May. The movie had its red carpet premiere in Los Angeles, California on May 9, two days before the film’s premiere screening in 50 mainstream theatres across the United States.