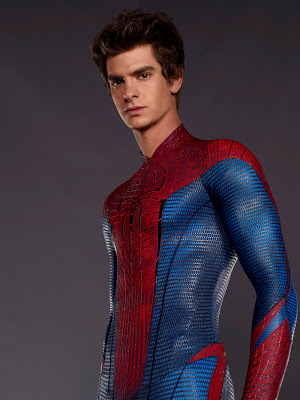 “Peter Parker is a hero, not a superhero,” says Andrew Garfield, who takes on the iconic role in Columbia Pictures’ eagerly anticipated 3D action-adventure, “The Amazing Spider-Man” which focuses on an untold chapter that tells a different side of the Peter Parker story. “He’s already good before the spider bites him. After that, he gets the power to act on what he already knows is right.,” the actor adds. 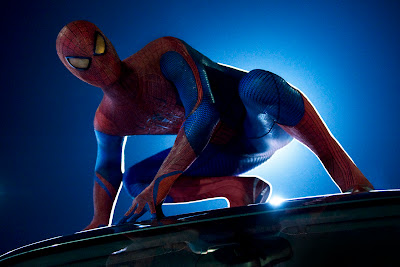 “The Amazing Spider-Man” is the story of Peter Parker, an outcast high schooler who was abandoned by his parents as a boy, leaving him to be raised by his Uncle Ben (Martin Sheen) and Aunt May (Sally Field). Like most teenagers, Peter is trying to figure out who he is and how he got to be the person he is today. Peter is also finding his way with his first high school crush, Gwen Stacy (Emma Stone), and together, they struggle with love, commitment, and secrets. As Peter discovers a mysterious briefcase that belonged to his father, he begins a quest to understand his parents’ disappearance – leading him directly to OsCorp and the lab of Dr. Curt Connors (Rhys Ifans), his father’s former partner. As Spider-Man is set on a collision course with Connors’ alter-ego, The Lizard, Peter will make life-altering choices to use his powers and shape his destiny to become a hero.

Garfield says he feels a special responsibility being the man inside the suit. “When I was younger, I sometimes felt trapped in my own skin,” he says, “but we all have that. That’s why this character is the most popular of all the superheroes: he is universal and uniting. The reason Spider-Man means so much to me is the same reason he means so much to everyone: he’s a symbol, an imperfect person in the way that we’re all imperfect, but trying so hard to do what is right and what is just and fighting for the people who can’t fight for themselves. It’s overwhelming to represent him – and believe me, I’m just the guy in the suit. I’m honored to be that, but Spider-Man belongs to everyone.”

“The character of Spider-Man has meant a great deal to me since I was a child; my attraction to the character began early,” says Garfield. “I found hope in Peter Parker’s struggles and the trials he went through week in and week out in the comics, and I connected with that. I found it fascinating; there was something very real in the way Stan Lee wrote him and created him with Steve Ditko.”

To help him physically prepare for the role, Garfield underwent a rigorous and intense training regimen. Health and fitness trainer Armando Alarcon oversaw Garfield’s strength, agility, and core training, as well as nutritional monitoring. “The physical preparation was very challenging, to be sure,” recalls Garfield. “For six months, Armando and I worked together six days a week. He pushed me harder than I thought I could be pushed; however, our work ethic is quite similar, so I tended to push myself as hard as he pushed me. He had a holistic approach that was invaluable in terms of my body confidence, health, strength and nutrition. We have become great friends.”

Garfield also trained under the tutelage of stunt coordinators Vic and Andy Armstrong, in order to be prepared for the stunt work he would perform as Spider-Man. “Andrew trained and rehearsed with us for over three months, doing trampoline work, power core moves, perfecting basketball skills, as well as martial arts, gymnastic and parkour work, all with instruction from some of the top people in the world in each discipline,” notes Andy Armstrong.

“I think one of the traits which makes Spider-Man so interesting is how quickly he can moves, how fast he is,” notes director Marc Webb. “Spiders are tiny creatures that can move with incredible speed and efficiency, and that was important to reflect in the character. Andrew spent a lot of time studying how spiders moved, and he came up with a body language that felt spider-like. His work ethic and performance is just extraordinary – it was remarkable to watch.”

Opening across the Philippines on Friday, June 29 in IMAX 3D, Digital 3D, 2D and regular theaters, “The Amazing Spider-Man” is distributed by Columbia Pictures, local office of Sony Pictures Releasing International. Visit http://www.columbiapictures.com.ph for trailers, exclusive content and free downloads. Like us at www.Facebook.com/ColumbiaPicturesPH and join our fan contests.