Young actor Martin del Rosario confessed that more than being intimidated, he feels so blessed to be given the exceptional chance to be part of ABS-CBN and Star Cinema’s grand tribute to the 50th anniversary in showbiz of Star for All Seasons Vilma Santos via suspense-horror film, “The Healing,” which will be shown on theatres on July 25. 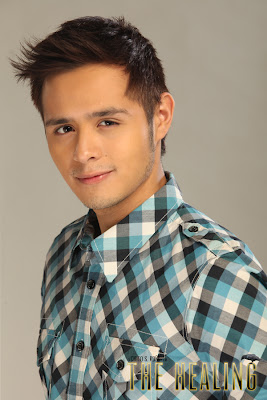 “I admit that on our first shooting day, I was so scared even with Ate Vi’s touch. I just couldn’t believe that I was actually working with her,” said Martin. “I know that I’m very blessed for this break because apart from the fact that Ate Vi rarely makes movies now, I’m so lucky that I got the role as his son in this movie.”

Ate Vi was like a real mom on the set, according to Martin. “She was so kind. She helped me in all our scenes. She joined me in rehearsing, even prior the actual rehearsals,” he said. “Off-cam, she would invite us over her standby area. We all enjoyed eating together while chatting with Ate Vi.”

“The Healing,” Vilma’s first-ever suspense-horror movie, is totally a new brand of suspense-horror directed by Chito Roño. It tackles the stories about the Filipino tradition of going to faith healers for guidance and treatment of ailments.