GMA Network’s reign as the no.1 tv network in the country, after the fall of Marcos in 1986, was abruptly cut short by ABS-CBN two years later.

Since then, the rainbow network seemed to struggle to reclaim the lead, until its eventual breakout in 2004, when it aggressively capitalized on the exploding popularity of fantasy-themed tv series and the asianovela invasion—which, ironically, were both spearheaded by the Kapamilya network (remember Marina and Meteor Garden?). 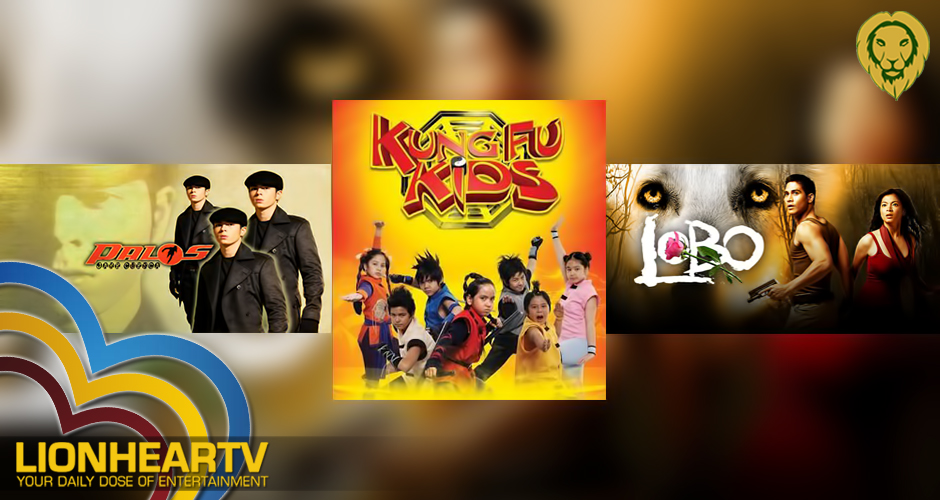 A strategic mix of parallel and counter-programming ultimately sent GMA Network to the top, where it remained virtually unchallenged for the next five years or so. ABS-CBN launched a number of campaigns to take back what it lost, but its arguably most memorable one was when it premiered three new shows on its primetime block, Primetime Bida, in just one night—Kung Fu Kids, Lobo, and Palos.

Every diehard Kapamilya fan surely remembers this: an omnibus plug featuring the three shows and the second book of the hit soap opera, Maging Sino Ka Man (which began airing a few weeks earlier). Angel Locsin who just transferred from the rival station was starring in her first teleserye role in ABS-CBN, opposite Piolo Pascual. The show, which was the most talked-about (as reflected by its ratings) among the three programs, featured a mortal caught between a war between two feuding races of werewolves.

Kung Fu Kids, on the other hand, was a fantasy-themed show about seven children, prophesied to fight evil forces through their mastery of martial arts, while Palos, a remake of a 1960s classic action film, is an action-adventure espionage-themed series which starred Cesar Montano and Jake Cuenca.

The three new shows’ arrival to then struggling primetime Bida, was very much anticipated, and how each fared against their Kapuso rivals was talk of the town. Sadly, however, none of the three shows was able to beat their rival Kapuso shows, based on AGB Mega Manila ratings. Lobo, which registered a pilot rating of 27.7% wasn’t able to penetrate the top 5 programs in Mega Manila, which were all occupied by GMA-7 programs, while Kung Fu Kids and Palos, performed in ratings even poorer with 26.6% and 23.6%.

On the basis of national ratings, however, as also provided by AGB Nielsen through their National Urban Television Measurement or NUTAM ratings, Kung Fu Kids emerged as the no.1 program in the country during its debut, topping the chart with a nationwide rating of 37.1%, while Lobo and Palos, were also strong at 36.3% and 29.3%. The Marian Rivera-starred Marimar, which was no.1 in Mega Manila, was the third most-watched in the country, with 32.7%, falling behind Kung Fu Kids and Lobo.

Among the three programs, Lobo lasted longest on air, having aired a total of 118 episodes until July 11 of that year. The show is considered highly successful and remains one of Locsin’s most remarkable Kapamilya tv series, spawning two equally successful sequels, where Locsin also starred in—the last one, La Luna Sangre, starred phenomenal love team KathNiel.