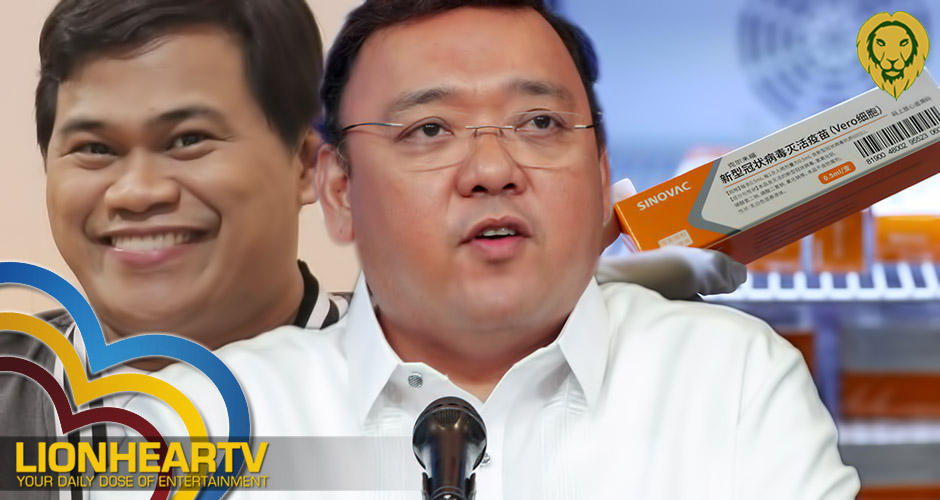 In his tweet, he posted an article stating that China’s vaccine was just 50.4% effective during clinical trials in Brazil.

He then questioned the statement of Roque, who claimed that Sinovac has an efficacy of 91.25%.

Last Monday, January 11, Roque made a statement that the results from late-stage clinical trials of the CoronaVac in Turkey showed it was 91.25% effective.

He then proceeded to assure Filipinos that with this result, it is guaranteed to be safe and effective.

“There’s nothing spectacular about Sinovac other than it’s been proven safe and efficient,” Roque said.

He also took a swipe at critics of the vaccine following the claims that the vaccine is not that effective against COVID-19.

He advised the critics to be silent, stating that those who oppose Sinovac as the government’s vaccine will fail.

However, last Wednesday, January 13, new data from Brazil who also acquired Sinovac released the result of their study. According to the researchers, the vaccine was just 50.4% effective at preventing symptomatic infections during a Brazilian trial.

This resulted in scientists blasting Butantan biomedical center for releasing partial data, adding to the confusion regarding the effectiveness of the vaccine.

Microbiologist Natalia Pasternak criticized Butantan after she stated that the vaccine, although available, is not the best in the world.

“We have a good vaccine. Not the best vaccine in the world. Not the ideal vaccine,” she said.