Following years of playing supporting roles in both movies and television, the time has finally come for Kapuso actress, Sanya Lopez, to grace the spotlight, as she takes on her biggest role, to date. 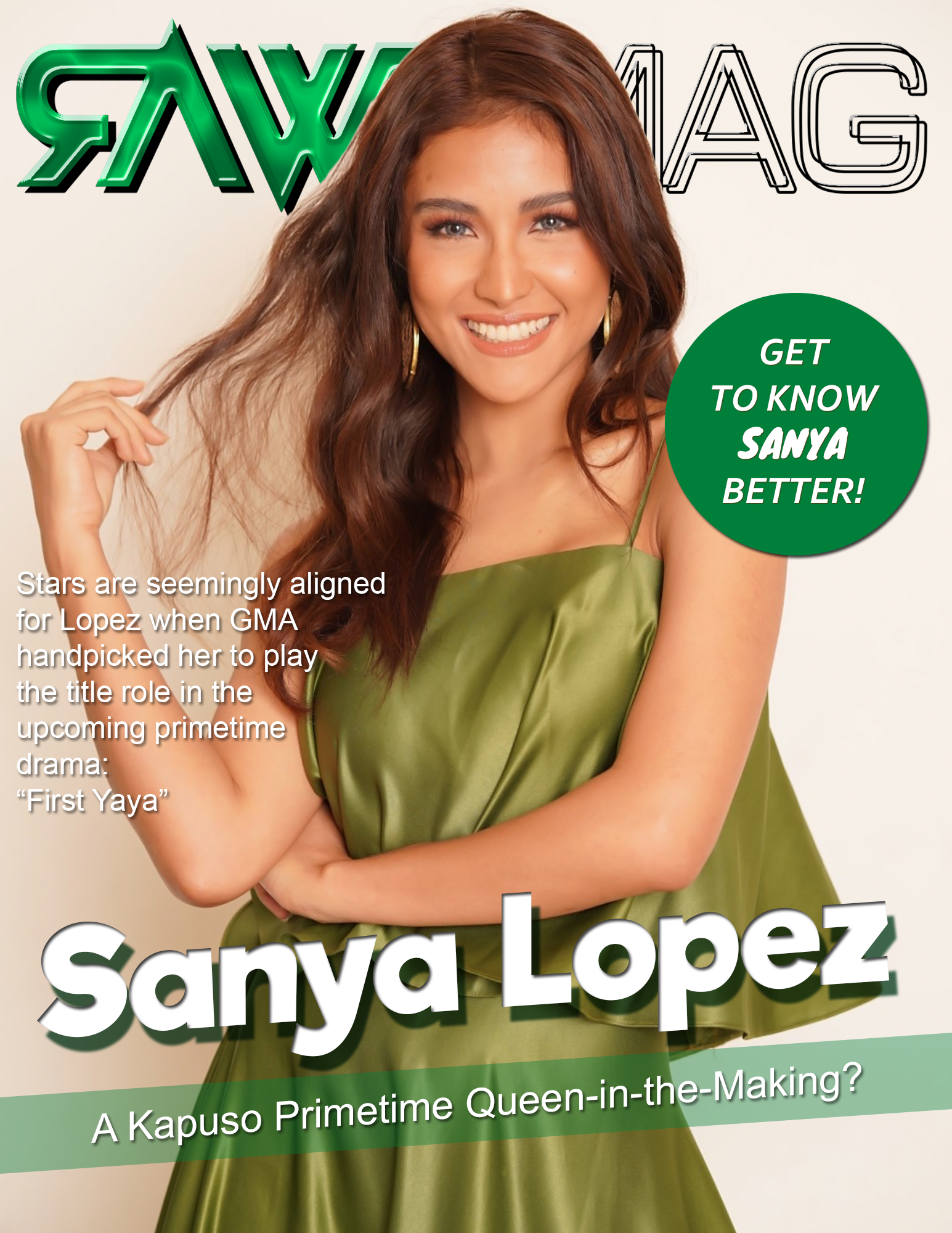 Stars are seemingly aligned for Lopez when GMA Network’s management handpicked her to play the title role in the upcoming primetime drama, First Yaya. First offered to Marian Rivera, who vacated the role for reasons concerning her family, the series marks the Laguna-native’s most important project throughout her still-blossoming career. After taking off in 2016, when she played one of the lead roles in the epic primetime series, Encantadia, Lopez is set to soar higher in 2021.

Her showbiz journey goes back to 2012, when the late veteran star-builder, German Moreno, tapped her to serve as one of the musical variety show, Walang Tulugan’s co-hosts. It can be recalled that her brother, and fellow Kapuso artist, Jak Roberto, was also a mainstay on the late-night show. Since then, Lopez gradually emerged into the limelight, taking on supporting roles that would only hone her promising drama skills.

In 2013, Lopez played one of the peripheral roles in the drama thriller, Dormitoryo. The following year, she then again took on a minor role, on the top-rated afternoon series, The Half-Sisters, which lasted until 2016. Before 2015 ended, the actress braved the auditions for the 2016 reboot of the epic fantasy series, Encantadia, and victoriously bagged the role originally played by Dayana Zubiri as Danaya.

Following her Encantadia stint, she went on to play major roles. In 2018, Lopez led the cast of the afternoon series, Haplos, where she starred alongside, Thea Tolentino, Pancho Magno, and Rocco Nacino. The same year, she played a very important role in the primetime series, Cain at Abel, led by Kapuso primetime drama actors–Dennis Trillo and Dingdong Dantes. In 2019, she again starred on another Afternoon Prime series, the crime drama, Dahil Sa Pag-ibig, where she reunited with Magno, and joined by fellow Kapuso artists, Benjamin Alves, and Winwyn Marquez, on the lead. On the primetime tv series, Beautiful Justice, which also aired in 2019, she was cast as Agent Thea.

Lopez also appeared on various television shows, including the drama anthology, Magpakailanman, where she took on roles, three times. For Tadhana, she appeared on two episodes, in 2019, alone. In 2017, she was cast in the movie, Amalanhig: The Vampire Chronicles, but it was in 2018, when she bagged her biggest role on the big screen, via the sexy drama film, Wild and Free, where she starred opposite the Kapuso hunk, Derrick Monasterio. The role undoubtedly showcased facets of her artistry and proved her capacity as both a sultry and brave dramatic actress, a quality that will no doubt bring her to great places in show business.

In 2020, as the pandemic continued to persist, Lopez’s showbiz journey was taking an amazing turn. In October of the said year, her announcement as Marian Rivera’s replacement to play the titular role on the highly-anticipated family drama did surprise and excite Kapuso viewers. Her selection as Yaya Melody, which was first envisioned to be taken on by the one and only, Marian Rivera, GMA Network’s undisputed Primetime Queen, can only mean that she’s being groomed to be one of the Network’s biggest stars.

In an interview, the 26-year-old actress declared her gratitude to her big bosses, for trusting her with one of the biggest projects the Kapuso Network will deliver in 2021, promising she will do her best to work hard and perform. And there is no doubt she will, as proven by the commitment she gave to every work she did for the network, in the past eight years.

Now as 2021 unravels a very exciting year for the local entertainment scene, whose glaring misfortunes last year, dimmed the vibrant and flourishing local television and movie industry, in a snap, Sanya Lopez similarly faces a bright future ahead. There is a great promise that First Yaya won’t be her first big break, and as GMA Network stands poised to maintain its lead in the competition, so does Sanya Lopez’s shot at soaring further into superstardom, and becoming the next Kapuso Primetime Queen. She would not take the whole entertainment industry, by surprise, when that happens.