March 2021 – Singapore – As plans are underway for an international media campaign in Southeast Asia, New Wav Music Group/Island Prolific and EMPIRE are happy to announce that rising R&B sensation VEDO has entered the Billboard “Hot 100” chart for the second time with his meteoric hit, “You Got It”. In addition to success in the US, Vedo has seen “You Got It” grow virally across Asia. 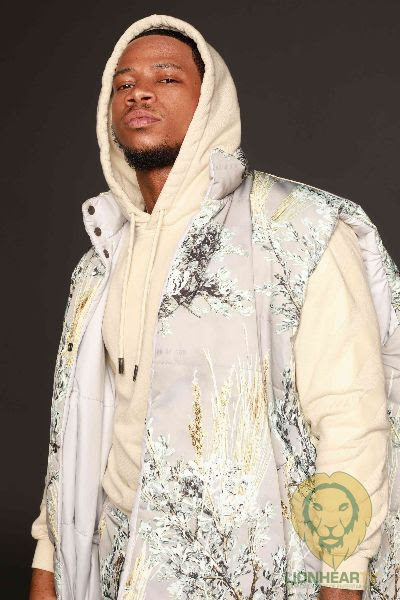 The R&B star soars by obtaining his first RIAA GOLD CERTIFICATION with “You Got It” just 9 short months after its release. The song also enjoys the accolades of landing on The New York Times and Tik Tok’s 2020 “Best Of” lists, as well as Billboard’s “15 Hip-Hop & R&B Artists To Watch In 2021.”

“You Got It” continues to do exceptionally well in Asia, appearing on Spotify playlists like “Top Hits Philippines”, “Philippines Top 50”, “Top Hits Indonesia” and more. Currently, Indonesia and the Philippines are in Vedo’s Top 5 Countries based on streams.

On Apple Music, “You Got It” climbed to #1 on the R&B/Soul Charts in Indonesia and the Philippines, while reaching #2 in Malaysia.

The wave continues as celebrities such as JT of the City Girls and Kandi Burruss have caught on to the VEDO wave and have shown organic support posting his song on their socials. On Twitter, City Girls JT quotes lyrics from “You Got It” in a post before Valentine’s Day, she later posted a photo of the hit single cover art. Vedo’s catchy lyrics and style enable listeners to catch his vibe while emphasizing the importance of self-love and striving to achieve past our expectations of life.

Speaking to Flaunt Magazine, Vedo shares, “In my opinion, the art of storytelling has been missing in R&B for the last four to five years. I want my music to make you feel something; it should give you goosebumps. You can visually see what I’m saying in a song; some R&B songs don’t give you that visual stimulation. Even when you’re not watching the video, you could listen, close your eyes, and visualize what I’m saying.”

“You Got It”‘s dynamic impact and global track record have elevated Vedo into an R&B powerhouse singer/songwriter, establishing a solid foundation as an independent artist. His unique creative process goes beyond songwriting to upcoming projects with major artists, featuring in movies or TV series, and becoming a household name.

Vedo is a platinum-selling songwriter and has now, as an R&B recording artist, struck gold with his own Billboard Hot 100 breakout hit “You Got It,” released on EMPIRE. After amassing over 145 million global streams, he partnered with Amazon Music for the remix of “You Got It,” featuring Ty Dolla $ign, and has seen accolades as one of the best songs of 2020 (#9) from The New York Times. In addition to Ty Dolla $ign cosigning Vedo, he has also attracted Money Man and Young Dolph for blockbuster remixes. The Benton Harbor, MI native, came to prominence at 19 years-of-age when The Voice called him to compete. With Usher in his corner, Vedo emerged in the Top 12 during Season 4. In 2015, he unveiled his solo debut 93, which yielded the fan-favorite “4 Walls” and racked up 19.9 million Spotify streams. On the heels of 2017’s ‘From Now On’, he released music at a prolific pace, gaining traction with “Dilemma (Remake)” [17 million Spotify streams], “Girls Need Love (V-Mix)” [15.5 million Spotify streams], and more. Along the way, he also cemented himself as a sought-after songwriter. He co-wrote “Freaky Friday” for Lil Dicky and Chris Brown, later contributing to Brown’s double-platinum ‘Heartbreak On A Full Moon’ and ‘Indigo’ albums. He’s also written for Usher & Ella Mai and collaborated with K-Pop sensations EXO, Lay (EXO), NCT 127, and Shinee.