Actress Bea Alonzo finally spoke of her real relationship with Dominic Roque after months of dating rumors between them.

According to an article by ABS-CBN, the 33-year-old actress admitted that she is indeed dating Roque, but the two are still not officially together. 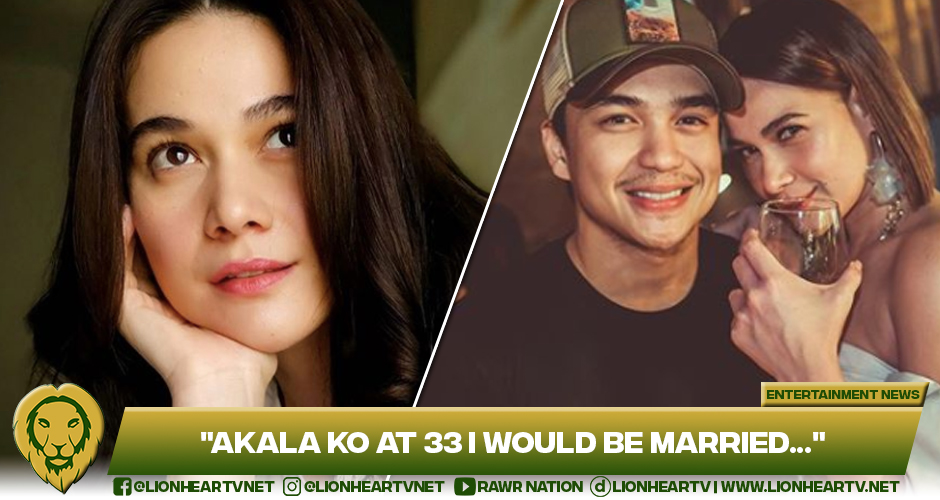 “No. Wala pa kami. Ang hirap kasing sabihin, alam mo, parang in a way, as much as I don’t want to be a prisoner of my past, meron din akong parang, nahihiya ako sa mga tao na ‘I’m 33, I am dating,” said Alonzo in an interview with G3 San Diego for Mega Entertainment.

“Hindi ko alam kung it will materialize into something else or like it would lead to something else but then, what if I fail again? I don’t want to keep failing in front of you guys, it’s embarrassing,” she added.

The actress said that she is careful when it comes to love as she explained that she didn’t want to be a prisoner of her past anymore. But she noted that her doors are open when it comes to new opportunities, be it with romance or work.

“I am very careful when it comes to falling so deep again and trusting anybody, but I would like to say that I am open to being happy whether it’s romantically or in that aspect, romance or work. I am very open as you can see di ba I am opening so many doors so I am open to a lot of possibilities,” she said.

When asked about her personal life, Bea said that she’s happy with her current decisions in life even though some events were not a part of her plan. She then explained that she will only be open about her love life when she is already sure of the person.

“Happy ako sa lahat ng nangyayari sa buhay ko. I’m also a bit terrified because of all these decisions, everything is new talaga. And to be honest, akala ko at 33 I would be married, but siguro kapag siguradong-sigurado na ako about the person, doon na ako mag-sha-share kasi parang nahihiya din ako to let everyone know that I’m with somebody again, iba-iba rin tayo ng timeline. And maybe I will also get there, but maybe not soon.”

Before dating rumors with Dominic Roque, Bea Alonzo was in a relationship with Gerald Anderson. The two broke up after Anderson allegedly had an affair with Julia Barretto.

Dating rumors between Bea and Dominic started after the latter has professed his admiration toward Bea.

“[Tila] ako’y nabighani…,” Roque said via Instagram on July 21, 2020. The actor reminisced on his trip to Japan with Alonzo through a throwback picture.