Actor-chef Marvin Agustin revealed that before doing a project, his feelings take on the front seat.

Amid the pandemic, Marvin continues to thrive in the food industry. 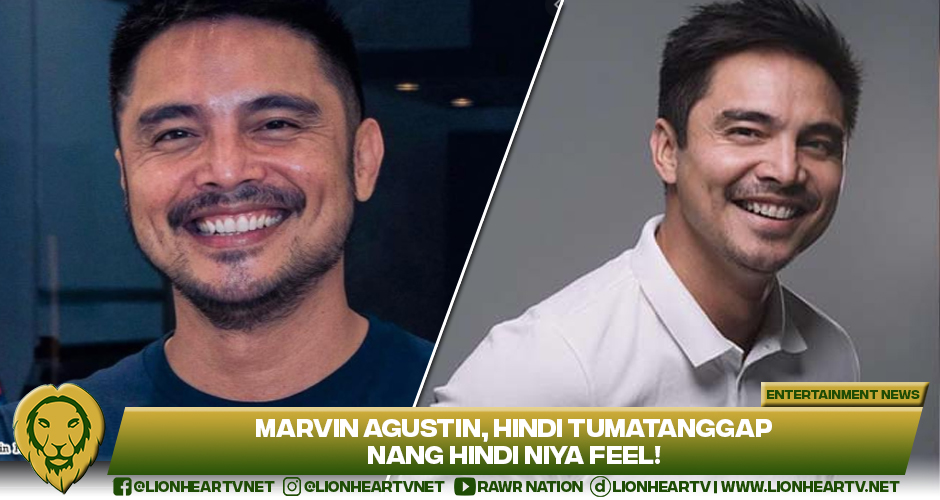 In an interview with G3 San Diego, a question was hurled at him–whether his acting matches his passion for cooking.

The restauranteur admitted that currently, he prefers cooking more than acting. He clarified, however, that it doesn’t mean he is less passionate about the latter.

He then revealed that he turned down a previous project offer just because he does not feel it.

Marvin had this gut feeling that he will not be satisfied after doing the project because it is not something that his heart and soul want.

“There was actually this offer for me to do this project. Parang go na go ako supposedly for acting and being in a series again.

Though he almost accepted the project, he felt that it is not the right thing to do as of now.

“Oo-ohan ko na sana yung project but it didn’t feel right. Parang ino-oo-han ko siya dahil gusto ko lang gumawa and not because it is the right project for me.

It has been two years since he was last seen on TV.

His last appearance was with the GMA Network series, Inagaw na Bituin.

Since then, Agustin has been focused on running his food businesses. Despite that, he still receives offers from showbiz.

Recently, he announced the postponement of his supposed reunion film with his former loveteam partner, Jolina Magdangal.