The National Union of Journalists of the Philippines (NUJP) slammed the arrest of Radyo Pilipinas reporter Lorenz Tanjoco. 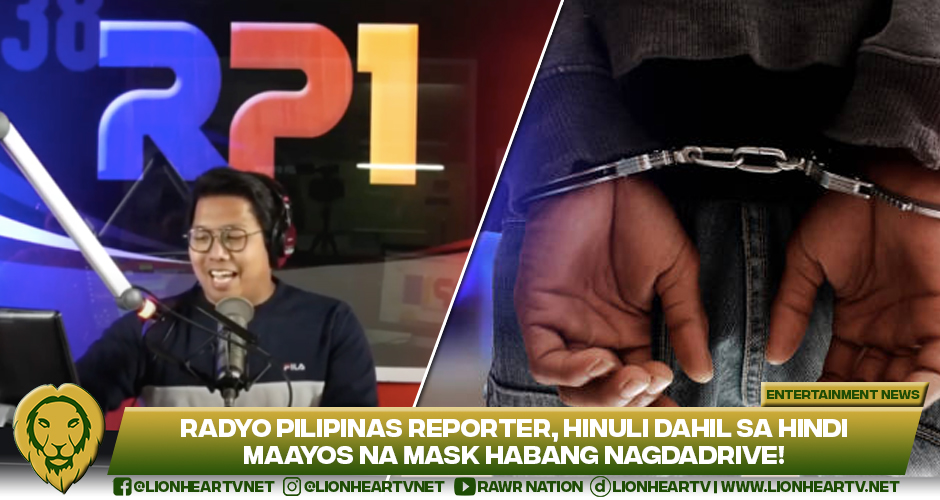 In their statement issued Monday, April 19, NUJP strongly condemned the Manila Police District for arresting Tanjoco on Friday, April 16, despite PNP’s own order not to arrest quarantine violators.

“NUJP strongly condemns the unlawful and unreasonable arrest of Tanjoco. Police Gen. Debold Sinas, PNP Chief has clear order that no person shall be arrested under the implementation of the modified enhanced community quarantine in Metro Manila and nearby provinces,” NUJP said.

NUJP also called on the PNP and the government to “uphold the rights of all essential workers, most especially media workers” saying, journalists have an important role to society to be watchdogs and credible sources of news and information most especially in this time of the pandemic.

Tanjoco, according to NUJP was arrested by the Manila Police for failing to wear a face mask while riding his motorcycle.

While Tanjoco explained that he temporarily removed the mask because it is being blown by the wind, the police officers didn’t accept his explanation and instead arrested and handcuffed him to the police station.

Tanjoco was said to have been detained at the police station for 10 hours before he was released.

Meanwhile, the police officers who apprehended Tanjoco were said to have been relieved from their positions.

The PNP has recently issued an order barring the arrest of quarantine violators following the death of Darren Penarendondo in Gen. Trias, Cavite.

In a statement on April 12, PNP spokesman Police Brigadier General Ildebrandi Usana said violators shouldn’t be arrested but instead given a warning or fine.