GMA Network keeps its stronghold in the rating leaderboard as three of its program maintained their top 3 spots. 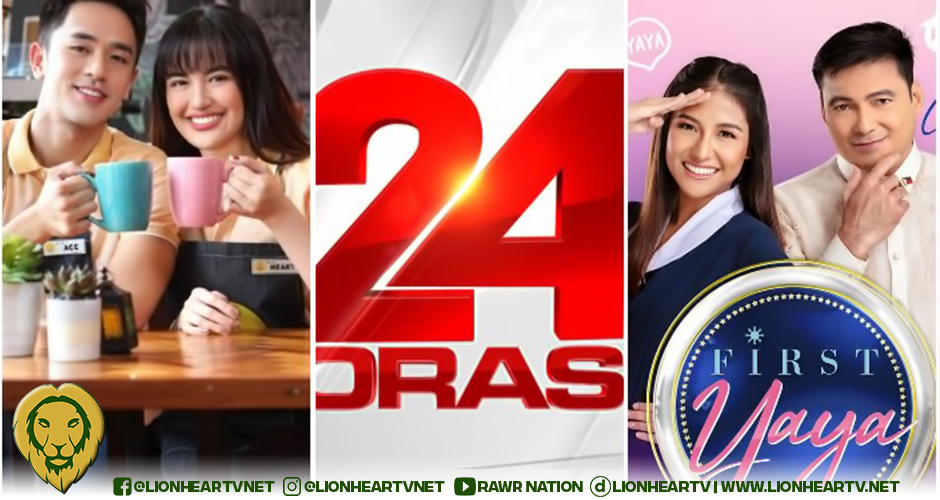 Based on the latest available numbers from the AGB Nilsen NUTAM survey, GMA Network shows continued to lead the rating board securing the top 3 rankings.

The Kapuso romcom meanwhile is followed by their flagship newscast 24 Oras in the second place. The Kapuso primetime newcast which also aired in multiple channels GMA Network and GTV registered a rating of 16.4%, 16.4%, 17%, and 16.8% respectively for the survey week.

Retaining its 3rd spot is another Kapuso romcom Heartful Cafe.

But is quite interesting to note that FPJ’s Ang Probinsyano has already breached the top 4 rankings given ABS-CBN’s current situation and its partner network’s current reach.

So it will be good to watch out for the upcoming updates in the rating game as FPJAP and Huwag Kang Mangamba seriously threatened GMA’s leaderboard standing even with its current small reach.