Netizens react after Gretchen Barretto was seen in a cockfighting event with Atong Ang. 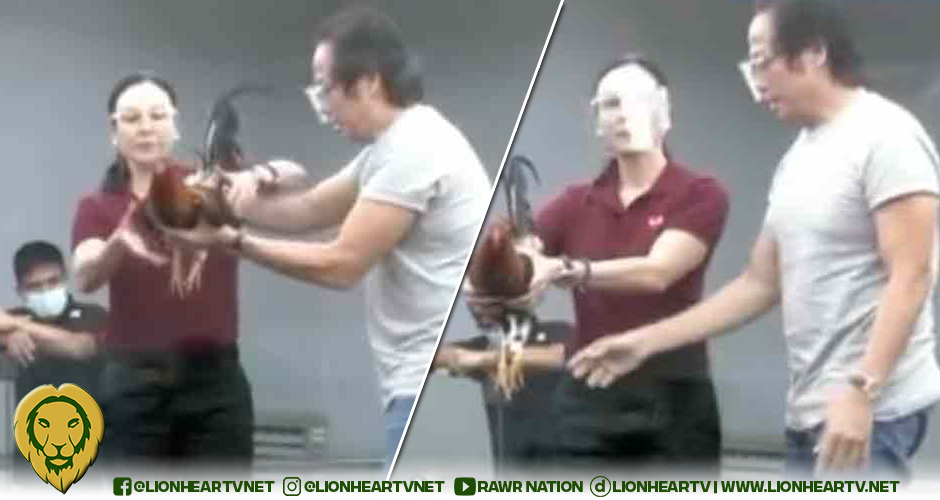 In a video posted on Facebook by Kawa Gamefowl, which currently has more than 5,000 shares, Barretto can be seen releasing the cock named ‘Lady Tiger’ for a fight.

The clip was from the Matira Matibay 12-Stag Derby (4 Stag Prelims) of GAPP-Cavite on July 31.

She also shared the trailer of the competition on Instagram on July 14.

Barretto’s debut in cockfighting, away from her classy personality, has drawn reactions from netizens.

Most of them were surprised to see Barretto in such a game.

After seeing Barretto on the cockpit arena, @ogmamamary will now not reject the idea of being ‘sabongera’

Upon knowing that Barretto is betting on cockfights, @fynestgeri is now ashamed to bet small amounts.

Last year in November, Barretto, and Ang were involved in an alleged violation of health protocols when they visited Janiuay, Iloilo, for a business meeting with ‘sabong’ operators as they wish to establish their own online cockfighting.

Gretchen came from the prominent showbiz clan of Barrettos. She is a singer-actress and became well-known because of her sexy roles in films produced by Seiko like Tukso, Layuan Mo Ako!, Ang Bukas Ay Akin, Ama, Bakit Mo Ako Pinabayaan?, Lumayo Ka Man Sa Akin, and Bakit Ako Mahihiya?. Her last TV appearance was in 2013 via the ABS-CBN series Huwag Ka Lang Mawawala’for a special role.