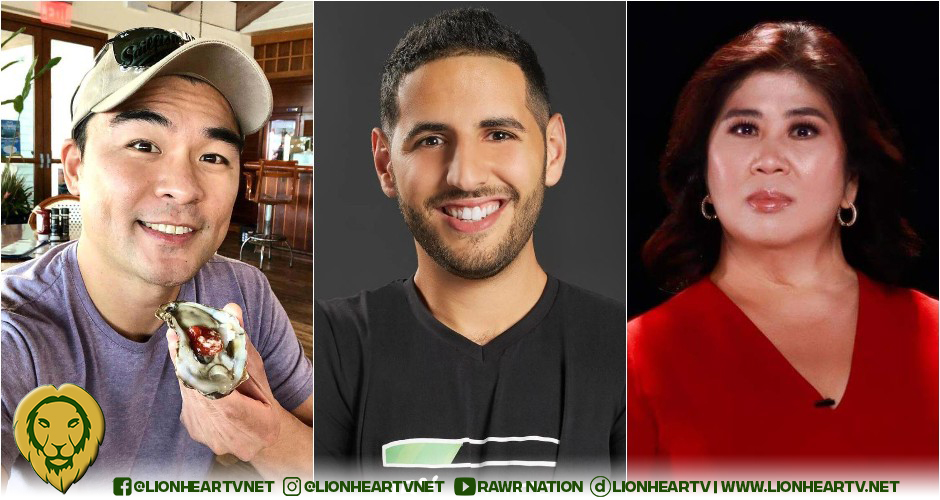 On August 9, Soho released a statement that she will no longer teach at Nas Academy, the so-called “one-stop academy to learn the skills of the future” of the Iranian-based vlogger known as Nas Daily because of the alleged exploitation of Apo Whang-Od.

In a statement, the veteran journalist said: “In light of recent events, and after our team’s series of communications with Nas Academy, we decided and mutually agreed not to pursue the Jessica Soho course. Nas Academy has informed us that they are working with the NCIP. We hope for the resolution of all issues raised.”

Panlasang Pinoy, using his own Facebook account, announced that he would no longer teach a course on Nas Academy.

The statement read: “PP (Panlasang Pinoy) Academy was in the works under the Nas Academy platform, but I decided not to pursue in support to Apo and the exploited Pinoy hospitality.”

Yassin continues to make excuses instead of apologizing to Whang-Od. In a Facebook post. He revealed that he and his team are working with the National Commission on Indigenous People (NCIP) to resolve the issue in a Facebook post.

In a recent video which Yassin uploaded titled, It’s My Turn to Speak, he called out criticisms toward him as “fake news.” He also addressed the “Pinoy baiting” accusation against him.

“There is no clickbaiting here. There is no ‘put Philippines’ in the title crap. This is us on the ground doing the work to show you the bright side of the Philippines.”

Nas Daily then reminded Filipinos of how he helped “show the bright side of the Philippines to the world.”

“We showed the good and the bad, the beautiful and the ugly, and together, we told the story of the Philippines. And we didn’t only do it once.

“We worked on an app and launched it in Manila together. After that, we continued to show the bright side of the Philippines to the world,” he said.

Yassin also threw some tirade at Louise Mabulo, The Cacao Project founder, for her revelation about Filipinos’ true nature and perception.

Cornerstone Entertainment, Gray’s management, said in a statement that they would not accept new applicants until the Whang-Od controversy has been resolved.

“Catriona Gray and NAS Academy have agreed to stop accepting new applicants for the Catriona Gray Academy until the issue of Whang Od has been fully resolved. Cornerstone will continue to monitor the progress of this incident.”

Yassin has also continued to lose followers on his social media pages. On August 6, a quarter-million followers on Facebook have unfollowed him. On his main account, Nas Daily, he then lost 662,000.

However, his Nas Daily Tagalog has gained 18,000 new followers.