Supergroup PANTHEPACK, featuring Jackson Wang, Karencici, ICE and J.Sheon, have revealed the music video for “Pull Up”, following the immensely successful first video, “BUZZ”, which amassed over 8.6 million streams on YouTube in less than two weeks since its release. 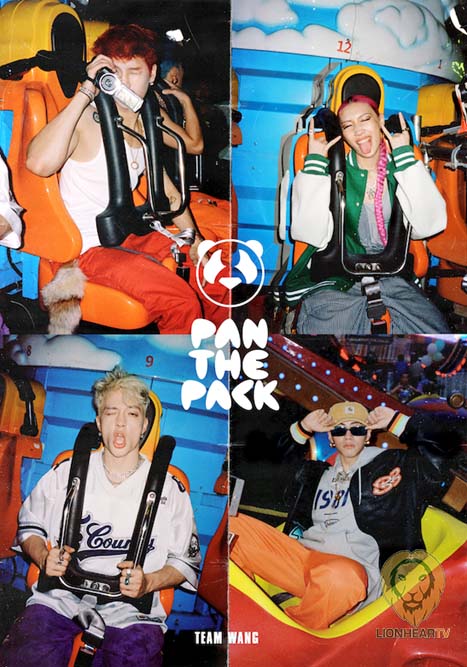 Set in a lively amusement park, the “Pull Up” music video is filled with bold and colourful imagery, exuding a fun, youthful energy. The four-member crew is at the heart of the carnival-like party in the video and is joined by surprise cameos, including artists like Amber Liu, Vinida Weng, among others.

In complete contrast with the futuristic, sci-fi aesthetic of the “BUZZ” music video, “Pull Up” is bright and free-spirited. It perfectly showcases the dynamic chemistry between the group, with each member bringing their own signature style to the table.

PANTHEPACK’s explosive debut album ‘The Pack’ was released on all streaming platforms on September 17, and immediately swept the #1 position across seven markets on iTunes including Hong Kong and Singapore. On September 19th, despite the hustle and bustle of Mid-Autumn Festival, the frenzy of PANTHEPACK’s incredible fanbase caused their presale chart to soar to the #1 position within the first thirty minutes of their physical pre-order announcement.

Equally ambitious and dedicated to pushing new boundaries, the members of PANTHEPACK serve up a power-packed sensory-filled, musical experience on their debut album ‘The Pack’.

Watch the music video for “Pull Up” here: