Cinema One, the home of Filipino blockbuster movies, brings back the creepiest classics and scariest Filipino movies of recent years in celebration of Halloween this October. 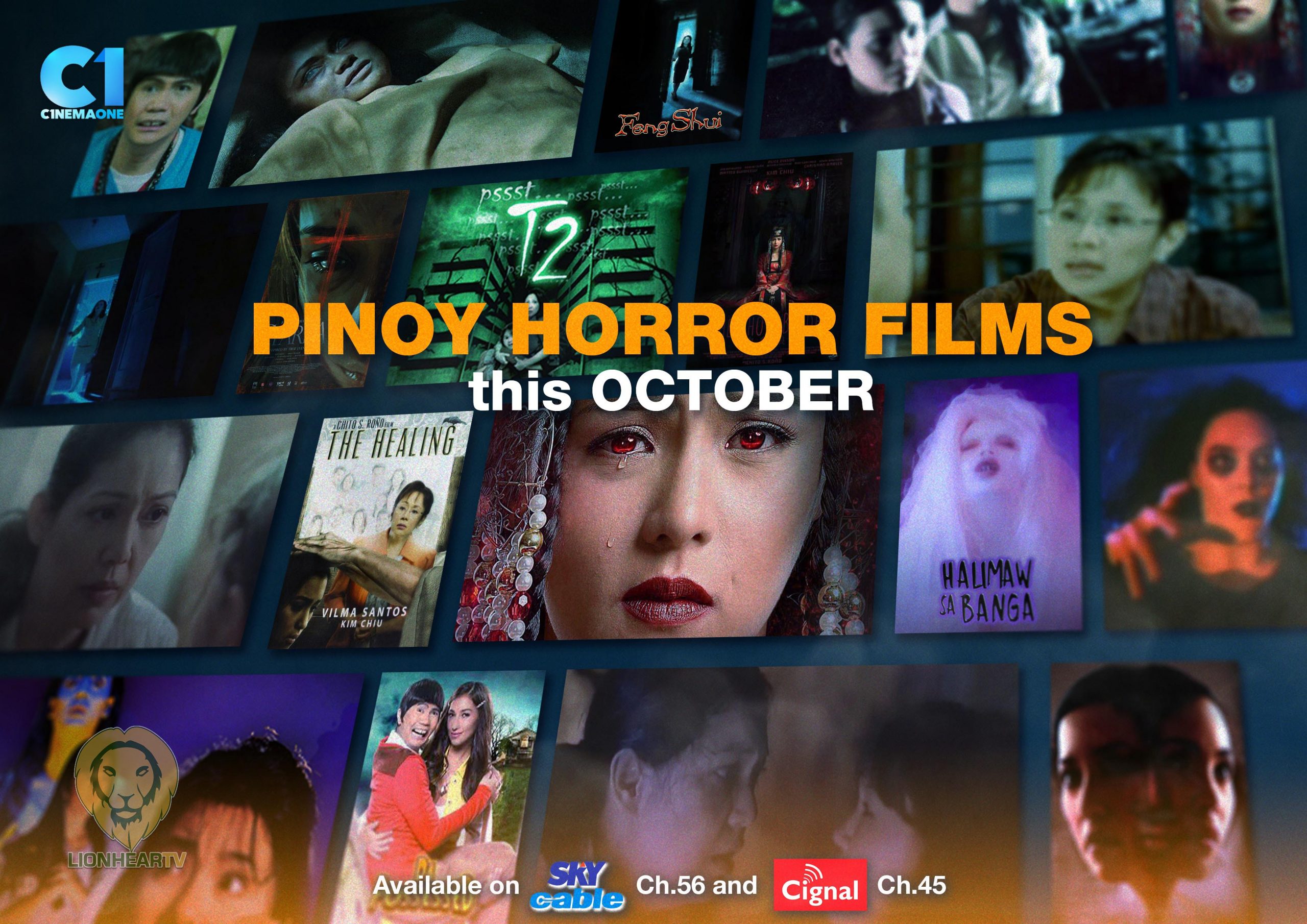 Be ready for midweek screams as movies by the master of scare Chito Roño take center stage on C1 Masters every Wednesday at 9 pm. “The Healing,” starring Vilma Santos airs on October 6; Maricel Soriano’s “T2” on October 13; Kim Chiu’s “The Ghost Bride” on October 20; and “Sukob” starring Claudine Barretto and Kris Aquino on October 27.

Creepy vixens will also emerge on C1 Midnight Madness every Saturday at 11 pm featuring Assunta de Rossi in “Sa Kabilugan ng Buwan” on October 2, Alma Concepcion in “Manananggal in Manila” on October 9, Alma Moreno in “Aswang” on October 16, Klaudia Koronel in “Ang Babaeng Putik” on October 23, and Aubrey Miles in “Sanib” on October 30.