The ABS-CBN Ball—formerly called the Star Magic Ball—has been the biggest gathering of stars in the local entertainment scene for the past 14 years. 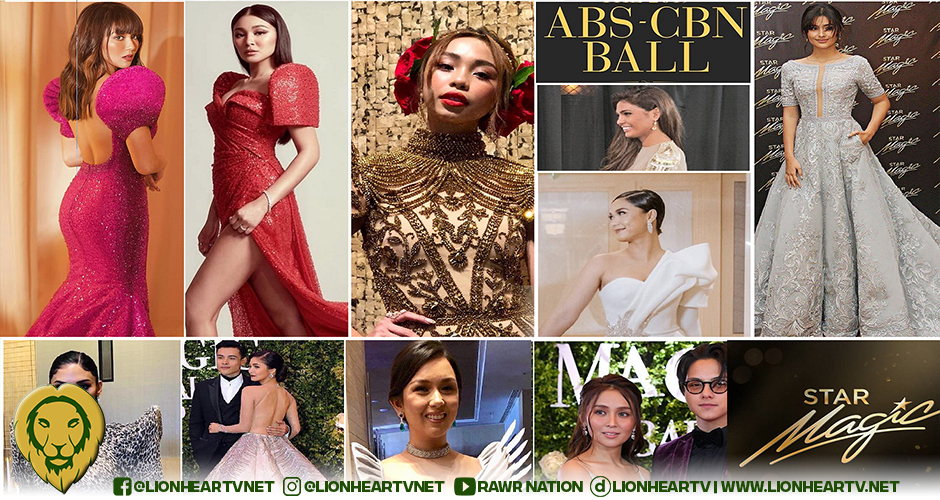 As ABS-CBN takes a pass on holding the highly-decorated ultra-elegant red carpet event, two years in a row, due to the still prevailing pandemic, let’s go down the memory lane to reminisce some of the biggest moments and changes it had from its first event in 2007 to its most recent in 2019.

Around this time of every year, from 2007 to 2019, the ABS-CBN Ball consistently brought about extravagant fanfare. Fans and celebrities alike gathered to witness some of the local entertainment industry’s best dressed. Poise and glamour became the focus of every spotlight, and camera lenses were fixed on those who upped their game for what could be Philippine showbiz’s biggest showcase of styles and elegance. Because of that, every Star Magic Ball was also an opportunity for local designers to flaunt their most beautiful and most ingenious creations.

ABS-CBN is completely cognizant of the painstaking effort paid by every pair of hands working behind every perfect dress and suit. That has been evident with the awards and recognition given out every year for those deemed the best dressed, most glamorous, and most stunning.

In 2008, Raphael Rosell and Piolo Pascual were top male winners after sharing the Fashion Icon Award. Be Alonzo, who would, later on, become the most awarded female celebrity in Star Magic Ball’s history.

2009 is a special year in the event’s 14-year history as more celebrities were named Best Dressed. Anne Curtis and Bea Alonzo both emerged victorious as they were hailed as the event’s Most Glamorous and Most Elegant, respectively.

In 2010, headlines were filled when the then rumored couple, Gerald Anderson and Bea Alonzo, were spotted together leaving the venue. However, no confirmation from the two parties was made until 2013 when Alonzo admitted in an interview that a ‘short-lived romance’ took place between her and Anderson, whose on-screen team up with Kim Chiu, was still at its peak.

Regardless of the small issues, poise and glamour still took center stage during the said event. Kim and Gerald won the Best Dressed awards, and Anne Curtis took home the Most Glamorous title for the second time.

The 2011 Star Magic Ball was a highly publicized event as it made headlines for the usual fashion-related reasons and because of the chaos that broke out after the event. There was a fistfight between then Minsan Lang Kita Iibigin star Coco Martin and Maja Salvador’s rumored fling, Matteo Guidecelli. That said, the scandal did not overshadow the most elegant and stylish attendees of the night. Kim Chiu was a top awardee when she won the Drop Dead Stunner award.

Bea Alonzo once made headlines when she was named the Jaw-Dropping Stunner during the 2012 Star Magic Ball. Her elaborate and explosive feathery black gown was a complete head-stunner during the said event.

The 2013 Star Magic Ball took a slight detour by holding a grandiose fashion show to honor famed and celebrated Filipino designer Michael Cinco. Teen King and Queen, Daniel Padilla and Kathryn Bernardo were hailed the Couple of the Night during the said event.

In 2014, John Lloyd Cruz and Angelica Panganiban bagged the Couple of the Night Award. However, that edition of the Star Magic Ball, despite its red carpet treatment and being the first live-streamed on pay-TV, wasn’t bereft of controversy. Then It’s Showtime host, Billy Crawford, got detained after the event. Reports confirmed that the drunk Crawford caused a commotion for ‘personal reasons’, as he revealed in a The Buzz interview.

During that event, former Sexbomb dancer, Kristel Moreno, made it to headlines and various social media trending charts. Netizens and fashion critics heavily criticized the sexy star for her see-through and ultra-revealing black gown. She made it to a number of ‘worst-dressed’ lists and became the subject of several viral memes making fun of her outfit.

In 2015, a real-life couple, Xian Lim and Kim Chiu, bagged the Couple of the Night trophy. The phenomenal love team, KathNiel, was named the Best Dressed Couple of the event. During the said Star Magic Ball, a drunk Ellen Adarna made a scene when she ditched Ejay Falcon, her escort during the event. She was, later on, saw holding hands with Paulo Avelino. She cleared the issue the following day and disproved claims that she abandoned her date.

The following year, Liza Soberano filled entertainment headlines and was a hot item on the internet. Soberano definitely stood out with her Michael Cinco-designed backless powder blue gown. She was the night’s top awardee for bringing the Best Dressed Award. Zanjoe Marudo, on the other hand, took home the same award in the male category, whole Sofia Andres and Diego Loyzaga were named the Couple of the Night.

The 2017 Star Magic Ball was not devoid of controversies, as a homegrown star, John Lloyd Cruz, noticeably skipped the red carpet. Before the event, fans were all abuzz and expected that he and his rumored partner, Ellen Adarna, would go to the event as a pair. However, a few days later, Cruz announced his plan to take an indefinite break from showbiz.

In 2018, the event was called the ABS-CBN Ball, for the first time. It was a fitting choice as non-Star Magic talents have been consistently invited to attend the event. Over 600 stars and showbiz personalities are said to have participated in the event. Jericho Rosales and Erich Gonzales emerged as Best-dressed in their respective categories.

The 2019 ABS-CBN Ball is the most recent edition of this extravagant red carpet affair. Like its previous versions, sophistication and glamour were common attractions, but those who wore them were much bigger. Bea Alonzo, who was apparently there for her last attendance as a Kapamilya talent, was named Best Dressed. At the same time, the real-life couple, Sarah Labahti and Richard Gutierrez bagged the Couple of the Night award.

While it remains vague that another edition will take place this year, hopes are high that 2019 won’t be the last and that a new one will be held next year. But, until then, fans are left with no other choice but the reminisce those stellar and spectacular moments that made their fave stars the hottest items online and on the news.