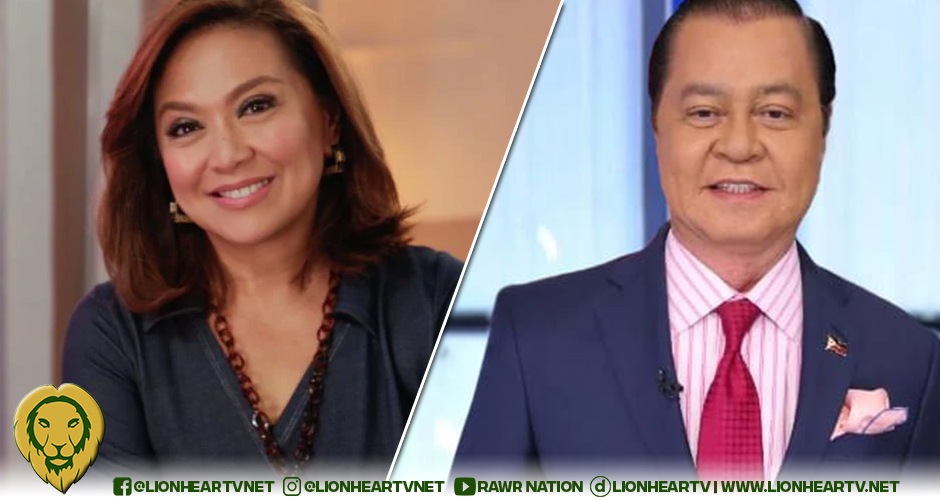 Davila was welcomed to TV Patrol on October 11. Her return trended because of a ‘leaf blooper’ during her outro on the show, caused by strong winds outside the ABS-CBN building.

However, few days after her return to the news show, de Castro announced his withdrawal from his senatorial bid. He believes that he will be able to help more people as a broadcaster rather than a politician.

With this, netizens were concerned about what will happen to Davila since de Castro may return to the TV Patrol.

Noli de castro Karen Davila who
backing out of senate just moved to ABS
race to focus on to anchor for TV
broadcasting patrol pic.twitter.com/eMj5gS4hbe

Karen Davila made a comeback at TV Patrol

Kabayan to return to TV Patrol?

Karen Davila on the other hand: pic.twitter.com/6WFF1VWZKj

Some prefer Davila on the news show than de Castro. So, they advised de Castro not to return to TV Patrol.

We need Karen Davila there. No need for Noli.

For me, it's time for Kabayan Noli to rest as a newscaster in TV Patrol. Davila is such a great addition to the roster. Okay na ako sa HOD – Ate B – Miss Karen trio.

No, back out from the race but don't go back to TV Patrol. I like Karen there https://t.co/sMQpVwKKtN

However, some also pitched to let de Castro come back so, and the TV Patrol will have four newscasters.

So please Let's stop because there are only 3, that's not enough! Four Can Get Four

Just give Noli de Castro the same format like his old days "Magandang Gabi Bayan" weekly program. There he cn discuss or features any topic that hounding our country & the ppl.

Karen Davila deserves to be in TV Patrol. Young and with fresh mind.

From – Mrs. Hassan (my mother)

Karen Davila is best for TV Patrol. I'd say a reboot of Magandang Gabi Bayan would be the perfect comeback for Kabayan Noli De Castro. Perfect timing ang Halloween for the launch.Gosh nostalgia I'm ready for you☺️

Noli de Castro has been one of the original hosts of TV Patrol since the show was established in 1987.

Davila was still part of the show on the October 15 episode of TV Patrol, and de Castro did not yet return.