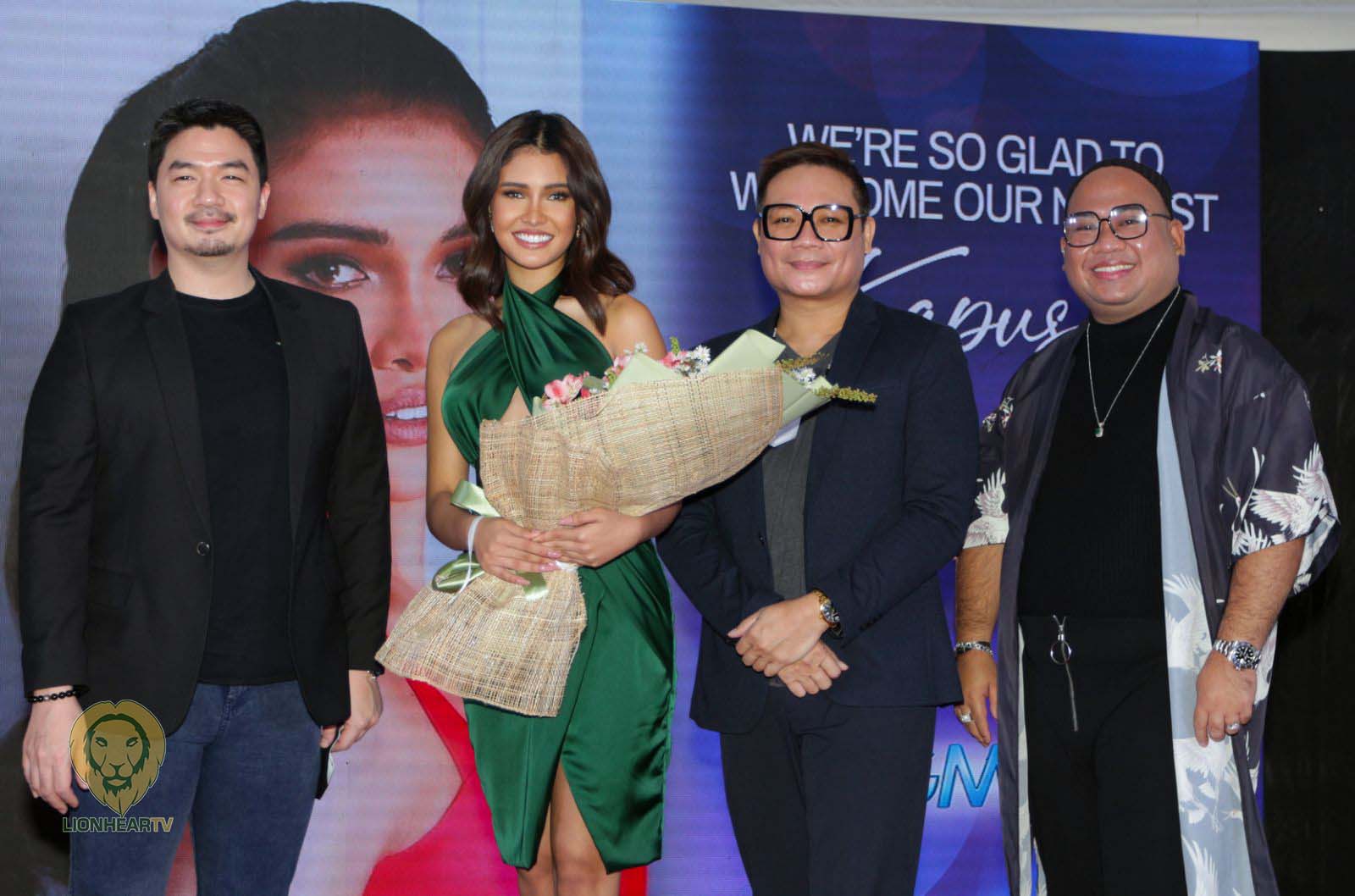 In the virtual media conference following her contract signing, Mateo revealed prior to her Miss Universe competition in the U.S. that she chanced upon Gozon while having dinner. She was then “jokingly” invited to join the Network’s roster of talents.

“What happened was, it was before I left for the U.S., for the competition. I had dinner, tapos nakita ko si Miss Annette Gozon of GMA tsaka yung mga ibang manager.

“Parang it was a joke, tapos in-ask niya ako na, ‘Do you want to try acting?’ And it was out of nowhere pero sinabi ko, ‘Opo,’ nag-yes ako agad. Sinabi ko, ‘Opo kasi dati nagde-declamation ako’ I don’t know if it counts pero I consider that as my acting experience,” revealed Mateo.

Mateo admitted she forgot about the offer, but after the pageant, her manager informed her that GMA Network was really serious about getting her.

“Tapos when I competed for Miss Universe, parang nawala na siya sa isip ko. But right after the competition, I didn’t win. Minessage ako ni sir Jonas Gaffud, my manager. Sabi niya, ‘The GMA Network is interested about you. What are your thoughts about this?’ Sabi ko, ‘Mama J go!’ Hahaha.”

The 25-year-old beauty queen realized that it was her chance to enter showbusiness, and she grabbed it.

She also expressed her gratitude to Gozon for opening the door of opportunity for her.

Mateo also did not have any second thoughts, pointing that she was willing to take the risk of entering showbiz.

“Yes. Actually, it’s better to fail at something because you tried than having the regret at the back of your head na, ‘What if ginawa ko ito?’

As for her debut project with GMA Network, Mateo will be starring alongside Sen. Bong Revilla in the upcoming action series Agimat ng Agila.