Lacking the same gloss and sophistication of the past Christmas IDs, Andito Tayo Para Sa Isa’t Isa makes up with sincerity and tangibility. 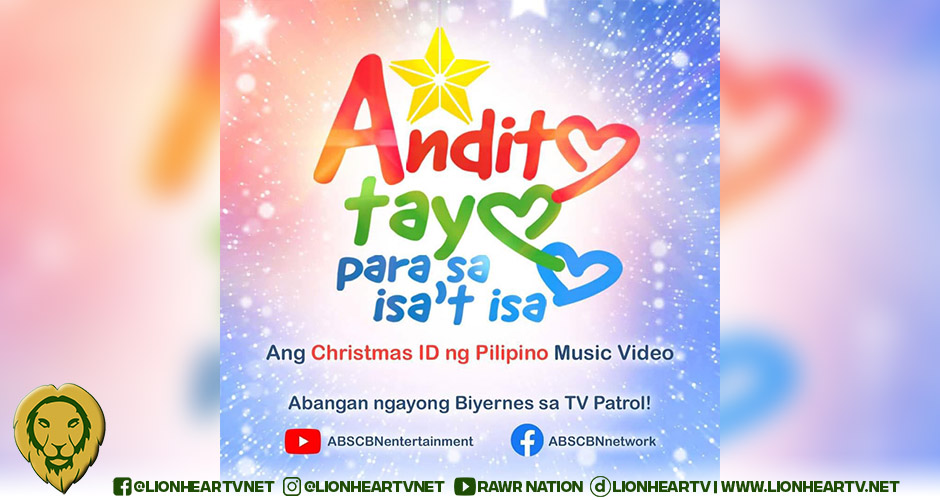 It is apparent with this year’s Christmas ID, ABS-CBN’s inability to sustain the quality of its past station IDs. The gloss and sophistication are missing in Andito Tayo Para Sa Isa’t isa, but that could only be because the network is again unable to gather its roster of stars in one place like last year. Uneven video qualities from artists who mostly took their shots themselves make the official music video a hodgepodge, which may be unflattering to some viewers.

That said, the largely positive response from the netizens for the official music video is easily understandable. The magic of the Kapamilya Christmas station IDs remains with Andito Para Sa Isa’t isa. Like last year’s Christmas ID, the tangible sentiments of this year’s theme are magnified by the current financial struggle of ABS-CBN caused by its free TV shutdown last year. Like Ikaw Ang Liwanag at Ligaya, Filipino resilience is paid tribute to this year, with the loudest applause from the network’s biggest stars.

Andito Tayo Para Sa Isa’t Isa is more than just a reminder to lend a helping hand at a time recuperation is anybody’s aim. It gives a special salute to those who sacrificed the most in this time of widespread struggle. It affirms the perpetual miracles of Christmas, its magical power to heal wounds and to bring hope to those who are slumped in the mud of despair. It’s the same themes that past station IDs also shed light upon, but this year’s a bit different as testimonials of Filipinos from all walks of life are featured. OFWs are given moments to share their inspiring stories, and local front liners are given proper tribute and time to share their thoughts.

Regardless of its flaws, it’s hard not to fall for the lovely message that Andito Tayo Para Sa Isa’t Isa wants to get across. There is a sense of nostalgia in its choice to bring back the testimonials as it takes Filipinos’ inspiring and bittersweet stories during these trying times. It became clearer in the end that this year’s theme was a heartfelt tribute to the frontliners when Kapamilya stars started to give their loudest applause for all those who served the country the most during the pandemic. It’s one touching gesture that hits squarely in the heart, given that most of us sacrificed, one way or another, in the last two years.