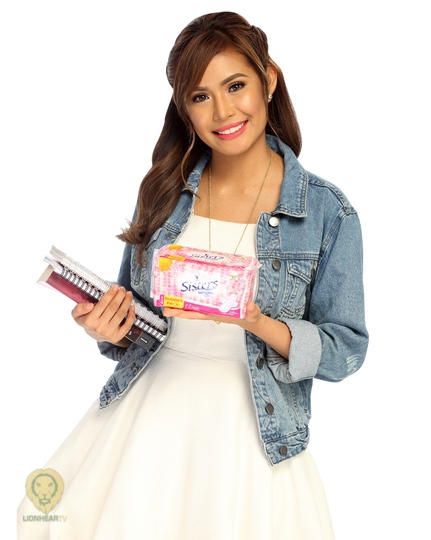 Despite being a scholar at the University of the Philippines Diliman, she had to shoulder the other expenses of being a Broadcasting student.

Not only that, her “Big Sis,” Aileen Choi-Go, Megasoft’s Vice President for sales and marketing, supported her all throughout her journey both as an actress and an entrepreneur.

“Nakakatuwa kasi never akong ni-limit nang Sisters. In fact, sinuportahan pa nila ako and they helped me grow from who I was to who I am right now,” thanked Sarrosa.

Meanwhile, Sarrosa has been the brand’s ambassador for six years. Admittingly, she got emotional upon hearing the news that she will be renewing her partnership with Megasoft.

According to her, the relationship with the company was by far the longest she had.

Sarrosa also took the opportunity to express her gratitude to Megasoft as she said, “Sobrang grateful sa Megasoft kasi even when I was studying, even when I was doing a lot of tapings, sinuportahan nila ako and napagsabay ko ang pag-aaral, pag-graduate ko, and pag-aartista.”

Apart from her, Megasoft also has Ryle Santiago and Young JV as their celebrity endorsers.