The management of the GMA Network magazine show ‘Kapuso Mo Jessica Sojo’ has issued an apology after one of its episodes drew criticisms from Marcos Jr. supporters. 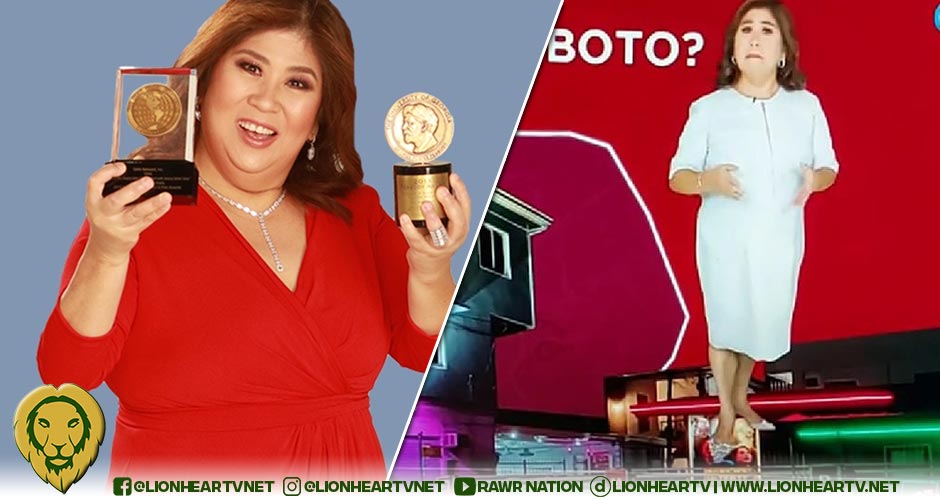 Some Marcos Jr. supporters called out KJMS and Jessica Soho for allegedly deliberately stepping on the face of Bongbong Marcos and Sara Duterte in one of its graphics.

“@gmanews KMJS the fact you stepped on the Faces of Our New President and Vice President is not an accident and its impossible there was no review before it was aired? MAKAASA RIN KAYO GMA di na ako at mga kasamahan ko manood sa GMA and any shows.”

@gmanews KMJS the fact you stepped on the Faces of Our New President and Vice President is not an accident and its impossible there was no review before it was aired?
MAKAASA RIN KAYO GMA di na ako at mga kasamahan ko manood sa GMA and any shows. pic.twitter.com/xLDY0L8NR6

“#KMJS issue for making it appear that she’s stepping on the images of BBM and Sara.”

#KMJS issue for making it appear that she's stepping on the images of BBM and Sara. pic.twitter.com/dgXiuNGsml

In a post on their official Facebook page on Friday, May 20, KMJS explained that the show’s host Jessica Soho has nothing to do with the questioned graphics saying it was an unintentional mistake of the production.

The show apologized if it has offended certain people adding they are currently reviewing their process to prevent the same mistake in the future in the future.

The questioned episode aired on Sunday, May 15. It features the story of two neighbors in Bulacan who supported different candidates in the May 9 elections.

During Jessica’s spiels before the story airs, she was seen juxtaposed above the photo of the two houses adorned with Leni-Kiko and Marcos Jr-Sara Duterte tarpaulins.

However, the graphics that used the chroma technique accidentally put Soho above the tarpaulins of Marcos Jr. and Duterte-Carpio, making it appear that she was stepping on their faces.

But as stated in their official statement, it was an honest mistake that they will make sure won’t happen again.

Soho and the Marcos camp have always been at odds with each other.

In January 2022, Marcos Jr. backed out from the GMA Presidential Interviews hosted by Jessica Soho.

According to his spokesman Atty. Vic Rodriguez, Marcos Jr. decided not to join Soho’s interview because of their belief that she is biased against the Marcoses.

“The reason why Bongbong Marcos decided not to join the Jessica Soho show is founded on our belief that the hostess of [the] said popular talk show is biased against the Marcoses.

“Therefore, we believe her questions will just focus on negativity about BBM which the UniTeam dislike and will not subscribe as it hopes that the discourse in any forum about this coming elections must focus on how the aspiring presidents will solve our country’s lingering problems caused by the COVID-19 pandemic and what their plans are for our country to roll up from economic stagnation.”