Today, breakout global superstar Bella Poarch releases her highly anticipated debut EP Dolls via Warner Records. Listen to it here! As a lifelong musician, Bella has been working on her EP for over a year alongside frequent collaborator, producer, and fellow Warner Records artist Sub Urban.

The EP includes previously released tracks, “Build A Bitch,” “Inferno,” and most recently, “Dolls.” The EP also features her new single “Living Hell,” plus “Villain,” and “No Man’s Land (feat. Grimes).” “No Man’s Land” reunites Bella with Grimes, who had previously appeared in Bella’s epic music video for “Dolls.” 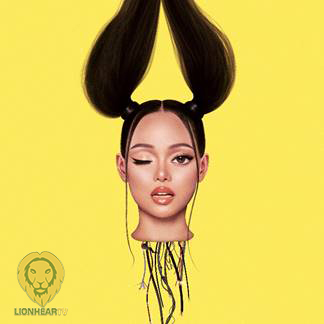 Of her debut EP, Bella shared, “I’m really excited to release my first EP after starting this journey during lockdown. Dolls is my personal story of challenges and growth over time that I hope my fans can relate to.”

In tandem with the EP release, Bella also shared the official video for her new, deeply emotional and personal single, “Living Hell” from the EP. Watch here! Throughout the song, Bella takes back control of her narrative to let go of the pain that has been holding her prisoner and to develop the courage to reclaim her power. Conceptualized by Bella herself, she reteamed with director Andrew Donoho (“Build a Bitch” and “Dolls”) to create a visual to match the track. In the powerful video, Bella is trapped in a room much like she was during her childhood. Throughout, Bella sees her younger self and comes to the realization that the pain inflicted on her as a child no longer defines her life.

Dolls serves as Bella’s first full body of work, following a handful of wildly acclaimed singles. Bella first broke onto the music scene in early 2021 when she released her debut single “Build a Bitch.” Upon its release, the music video for the song hit #1 on the Global and U.S. YouTube video charts, marking the biggest debut ever for a new artist with over 410 million views to date. The platinum single is rapidly approaching 1 billion global streams.

Bella Poarch is a Filipina-American singer and songwriter who served in the military as a teenager and has been quickly rising since breaking out on TikTok in 2020. Her video ‘M to the B’ hit 50 million likes on TikTok, becoming the first in history to do so. With TikTok’s most liked video of all time, Bella is the #3 most-followed creator on the platform and the #1 Asian-American influencer in the world with more than 90 million followers.

Bella was recently named to the 2022 Gold House A100 List, aiming to uplift and invest in the AAPI community and its future.