Kapamilya actress Kim Chiu expressed her gratitude to Viva on Monday, September 12, for giving her the chance to star in a movie that is neither a romantic comedy nor horror. 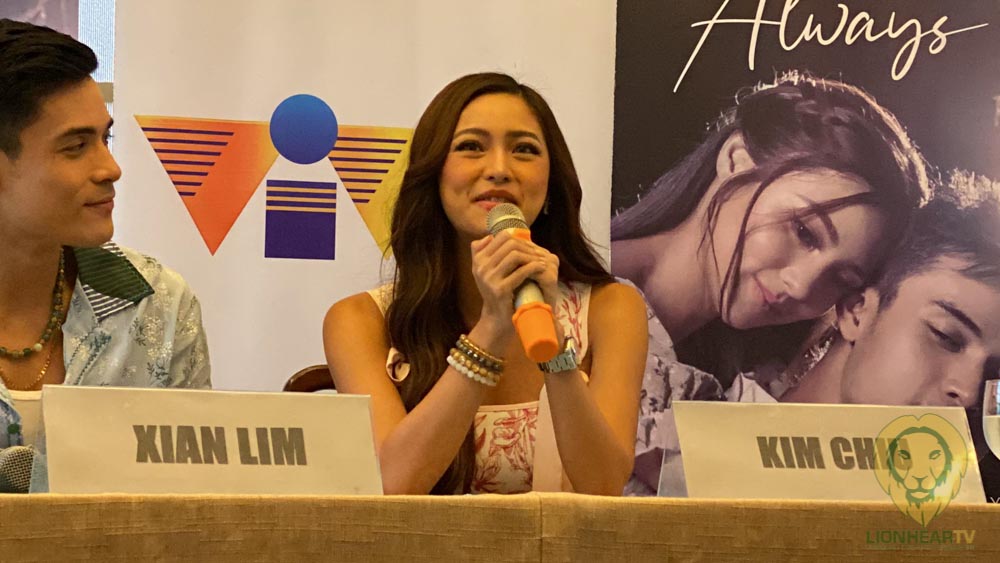 She was also ecstatic that Lim would be with her in the film. Their last big screen pairing was in 2015, the Metro Manila Film Festival Entry All You Need is Pag-Ibig.

The actress was also glad to act once again, saying, “And the thought of me missing the acting world kasi lately hosting, guesting, sayaw. Na-miss ko talaga ang first love ko which is acting.”

“Ang daming bagay na makakapag-yes sa akin dito sa movie na ito. Of course, andoon si Xian na kasama ko, and then the Korean movie, and me going back to acting. So I’m very thankful for Viva for choosing me to do this and for this opportunity that they gave me,” she added.

Always will be available in cinemas on September 28.