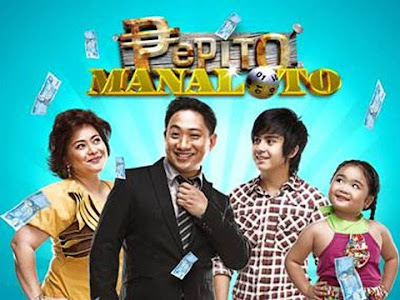 “Pepito Manaloto” is the first ever reality–sitcom of GMA. Portraying the amusing character of “Pepito Manaloto” is Asian TV Awards three-time best comedy actor, Michael V., who also conceptualized the story. This reality-sitcom also stars Carmina Villaroel, Manilyn Reynes, Ronnie Henares, John Feir, and Joshua Pineda, with the special participation of veteran actor Freddie Webb and this is under the direction of Bert de Leon.

This Michael V.’s show on GMA 7 might be bidding the small screen goodbye according to some rumors. But this doesn’t mean that Bitoy will be minus one show in Kapuso. Rumors are spreading that the reason why this sitcom was axed is because of Carmina who is now a Kapamilya.