Problems of improper trash disposal and informal settlers living along waterways have been raised again after floods submerged Roxas Boulevard last week when Manila Bay spew out heaps of garbage onto the road due to heavy rains brought by tropical storm Gener.

Tomorrow (Aug 7) in “Patrol ng Pilipino,” ABS-CBN news reporter Jeck Batallones will probe the effects of flooding in Metro Manila caused by people’s indiscriminate waste disposal. Have Filipinos yet to learn how to properly dispose of their garbage? How does the government address the metro’s garbage problem?

Besides commuters and motorists, heavy rains and flooding also affect poor families living in shanties under bridges in Manila. How do they manage to live under very dangerous circumstances during the typhoon season? 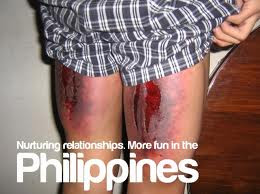 Meanwhile, Jeff Canoy will explore the heated issue of hazing by uncovering a neophyte’s experience during an initiation ritual before being admitted to a fraternity. San Beda law student Mark Andre Marcos is the latest victim of alleged hazing who died last week. Despite the country’s anti-hazing law, why does fraternity torture remain rampant among student groups?

Know the stories behind the news in “Patrol ng Pilipino” tomorrow (Aug 7) after “Bandila” on ABS-CBN or waitch it earlier on DZMM TeleRadyo (SkyCable Channel 26), 9:15 p.m.