James Reid and Nadine Lustre are the newest addition to ABS-CBN’s hottest love teams after the two inked a two-year contract with the network last Tuesday (August 26). 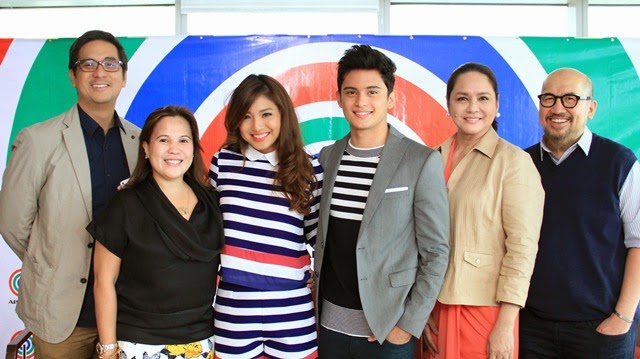 The stars of hit films “Diary ng Panget” and “Talk Back And You’re Dead” revealed that there are several projects lined up for them in ABS-CBN, including a TV series and recording albums.

James, who first rose to fame after he won as Big Winner of “Pinoy Big Brother: Teen Clash,” considered his signing of contract as a sweet homecoming after a hiatus in showbiz.

“I always hoped to be back here in ABS-CBN. I started here — in ‘PBB’ — and it feels good to be home,” said James.

Meanwhile, Nadine, who first appeared in several shows in other networks and was a member of all-female singing group Pop Girls, admitted that she still can’t believe that she is now a Kapamilya.

“It feels good to be part of a new family. It’s not yet sinking in that I’m finally here,” she said.