October 2020 – Singapore – Ramengvrl has garnered a swell of positive feedback from her ravenous fan base and the media alike. Now, the blazing, unabashed lyricist serves up another hard-hitting addition to her catalogue.

The tongue in cheek hip-hop Queen of Indonesia takes centre-stage with a relatable tale for all. Ramengvrl turns the page on her newest chapter with “Look At Me Now” featuring the fiery and fast-rising Korean-American Rapper, Ted Park. 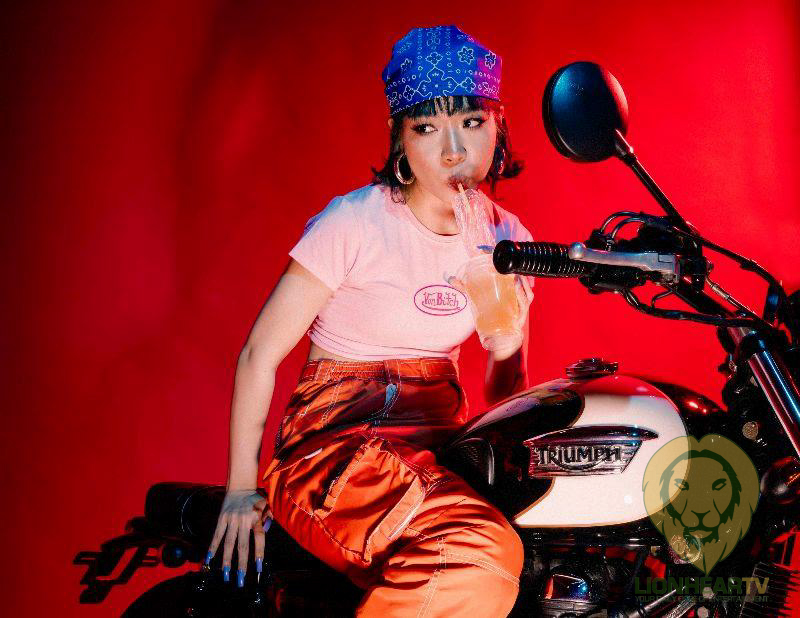 The single arrives following Ramengvrl’s EMPIRE debut “Vaselina'”, which featured Young Money/Cash Money associated act euro following his collaboration with Lil Wayne. Ted Park, meanwhile, is a signee of Jay Park’s imprint H1GHR MUSIC. His audience is spread between Korea and the US – where he is currently based. His past collaborators include the likes of Jessi, pH-1 and Jay Park.

On the collaboration, Ted Park shares “When Ramengvrl’s team reached out to me about jumping on “look at me now” I heard the record and was hooked instantly. Super catchy and I love how she’s not afraid to be herself in her music. Love her hustle & energy and super happy to be a part of this project.“

“Look At Me Now” is the second release of the year for Ramengvrl and it might just be one of her catchiest to date. It’s hypnotic and daring with rhymes that slither around your brainstem and a beat that illuminates zesty sound design that pops with intoxicating fervour.

The narrative that spins from the depths of Ramengvrl’s soul tells a story of perseverance and hope. At times, the story comes from the honest, real experiences of Ramengvrl ditching her stable life in a 9-5 corporate job, to becoming an award-winning artist at the top of her game, smashing any perceived glass ceiling and telling her doubters to “Look At Me Now”. It’s a tale that anyone with dreams can relate to as each of us fight every day to achieve our own personal greatness, just like Ramengvrl has done.