Presidential mouthpiece Harry Roque has taken the cudgels on behalf of the IATF which is being criticized for the rise of COVID-19 cases. 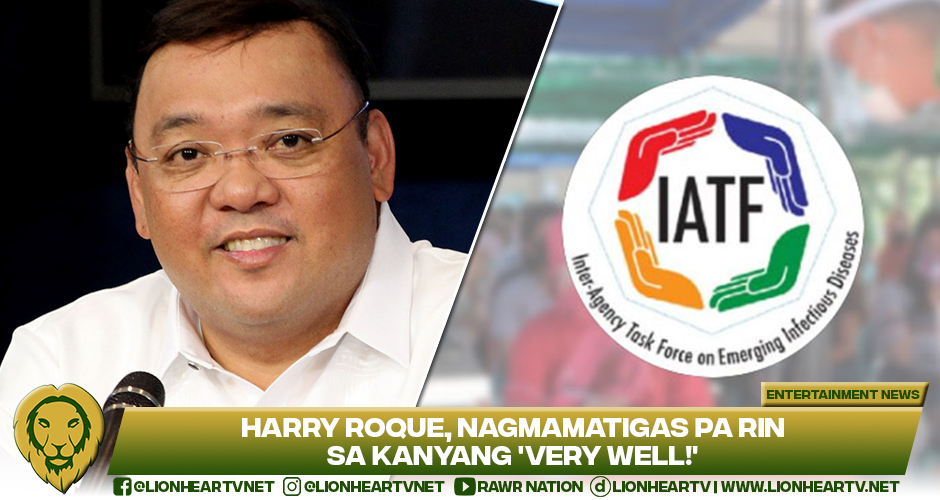 In his recent statement, Roque said it’s not the IATF’s fault that the COVID-19 virus mutated to different variants which were proven to be more contagious.

Roque defended the IATF saying it is composed of the best and brilliant minds of government and that they’ve successfully managed the COVID-19 pandemic. Roque even called the country’s response to the pandemic as “excellent.”

The Philippines has logged its highest daily COVID-19 case on Monday, March 22 at 8,109. Because of that Netizens and government critics pointed out the incompetence of the IATF resulted in the surge.

Senators Imee Marcos and Tito Sotto even called for the abolition of the IATF.

In an online interview, Marcos said it’s time to abolish the IATF and start from scratch since it’s evident that they have no plans.

“The handling has been inept and unduly difficult for the Filipino people.

Senate President Tito Sotto meanwhile agreed and said they should abolish since they mishandled the pandemic response.

Meanwhile, Roque claimed that criticisms against the IATF are just part of politics since the 2022 election is forthcoming.

“We are not washing our hands. There is this challenge of rising cases that’s why we decided to put Metro Manila inside a bubble for two weeks.

Currently, there were three variants detected in the country, Brazil, South Africa, and the Philippine variants which were attributed to the rise in COVID-19 cases.

It was the IATF’s mandate to enforce measures to contain or stop the entry of these variants but they still managed to enter and spread in the country.