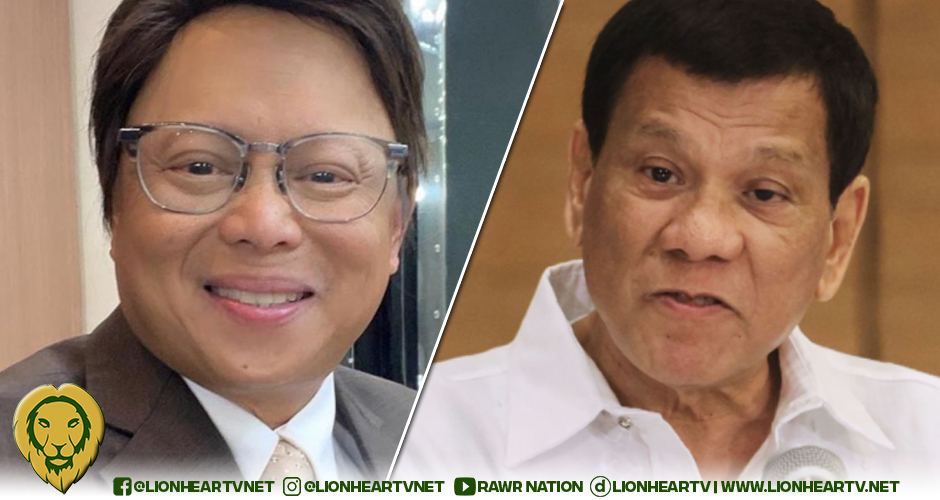 Earlier on May 6, Duterte challenged Carpio in a public disclosure about the issues related to the West Philippine Sea, even stating that he will resign immediately if the magistrate proved that he was lying.

Clavio was looking forward to the debate between Duterte and Carpio.

In his Instagram post dated May 6, he is eager to know who will stay true to their words.

But to everyone, it was no surprise that the President will not push through since the next day, Duterte backed out of the debate and tapped his Spokesperson, Harry Roque, to represent him in the upcoming debate with Carpio.

This led to Clavio shushing Duterte as the latter lambasted Carpio and former Foreign Affairs Secretary Albert Del Rosario during a public address on May 4.

In Clavio’s post on May 7, he uploaded a video about Duterte swearing at the former government officials.

But the video also highlighted Duterte backing out of the debate, hence the “shushing” of the Kapuso broadcaster.

In another post, Clavio uploaded a video of Carpio “laughing.”

In his caption, he noted that Duterte claimed that he will resign immediately if he was proven wrong that Carpio and del Rosario had a hand in the WPS issue during the Aquino administration. But the former SC Justice responded that the President should resign as early as now to keep his word of honor since Carpio is not part of the decision to withdraw the Philippine Navy in Scarborough Shoal.

According to Carpio, he was not part of those who backed out in the Scarborough Shoal.

Now, Roque is up against Carpio in the public disclosure about the WPS issue. However, the former magistrate declined the Secretary’s invitation as it is “pointless” to argue with Roque if the topics to be discussed are Scarborough Shoal and Mischief Reef.

“I will not engage in a useless exercise that will only detract the public’s interest on the vital outstanding issues on the West Philippines Sea,” said Carpio in a statement.