The Department of Health is planning to take action against the unauthorized distribution of the anti-parasitic drug Ivermectin following the distribution event spearheaded by Partylist Representatives Rodante Marcoleta and Mike Defensor. 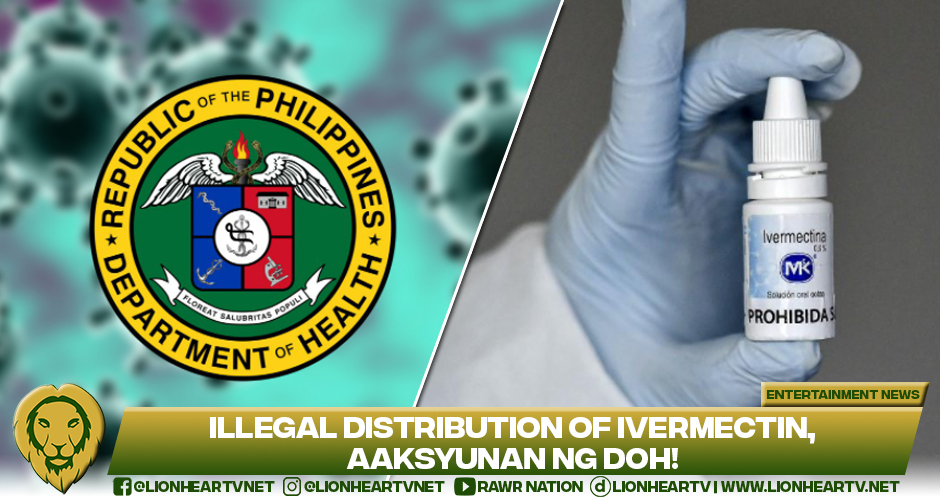 In a statement DOH Usec. Ma. Rosario Vergeire said that the Health Department is looking into it and will act accordingly to the country’s laws.

The DOH has also endorsed reports to the Professional Regulations Commission against the doctors who gave out invalid prescriptions to the people who attended the event.

Defensor and Marcoleta over the weekend pushed through with their plan of distributing Ivermectin to their constituents in Quezon City despite warnings from the FDA and DOH against handing out unregistered drugs.

In his tweet, Leachon said the FDA and DOH could have done more than issue press releases on what they’re planning to do.

“Too much talk. Less action. It’s an old refrain. Do we expect more from FDA and DOH? Remember they allowed the compassionate special permit use, compounding, and distribution through licensed pharmacies with MDs Rx. They have created a monster and they couldn’t stop it.”

Too much talk. Less action.
It’s an old refrain.

Do we expect more from FDA and DOH ?

Remember they allowed the compassionate special permit use , compounding and distribution through licensed pharmacies with MDs rx. They have created a monster and they couldn’t stop it. https://t.co/oNV6oUc5UQ

Leachon also shared the statement by the Philippine Medical Association against the use of Ivermectin.

Dr. Raymond Oliva on the other hand shared the official statement of the Philippine College of Physicians calling on the DOH and FDA to act quickly with regards to the distribution of Ivermectin.

The PCP in their statement also strongly opposed the distribution of unregistered drugs like Ivermectin citing studies that it does not have a significant effect in treating COVID-19.

The Philppine College of Physicians (PCP) opposes the dispensing if unregistered drugs, like ivermectin, for indications that have not been scientifically established. It does NOT significantly improved clinical outcomes or reduce deaths. pic.twitter.com/PLp4fuipcV

Netizen @genenisperos meanwhile blasted one of the “Ivermectin doctors” who made an alibi of forgetting to put his name and other details on the prescription that he gave to the people.

This is the same doctor who "apologized" for "forgetting" to write the NAME OF THE DRUG in his prescription! while the other prescriptions did not even have the name and license number of the prescribing doctors.

Film critic Phil Dy for his part slammed Marcoleta and Defensor saying it’s weird how the two congressmen can’t be stopped from what they are doing even though DOH and FDA have already issued warnings.

It is super wild that Defensor and Marcoleta weren't stopped at any point. They should be impeached and arrested.

Defensor and Marcoleta meanwhile slammed the DOH and FDA’s plan on investigating the doctors who helped them distribute the anti-parasitic drug.

In a separate statement tweeted by ABS-CBN reporter RG Cruz, Marcoleta, and Defensor maintained that there’s nothing irregular with their distribution of Ivermectin. They also defended the “Ivermectin doctors” after DOH and FDA’s move to start an investigation about the event.