From what seemed to be “same beach photographs” on actress Jane Oineza and actor RK Bagatsing Instagram posts down to Oineza’s birthday greeting for Bagatsing, netizens are skeptical about their relationship status. 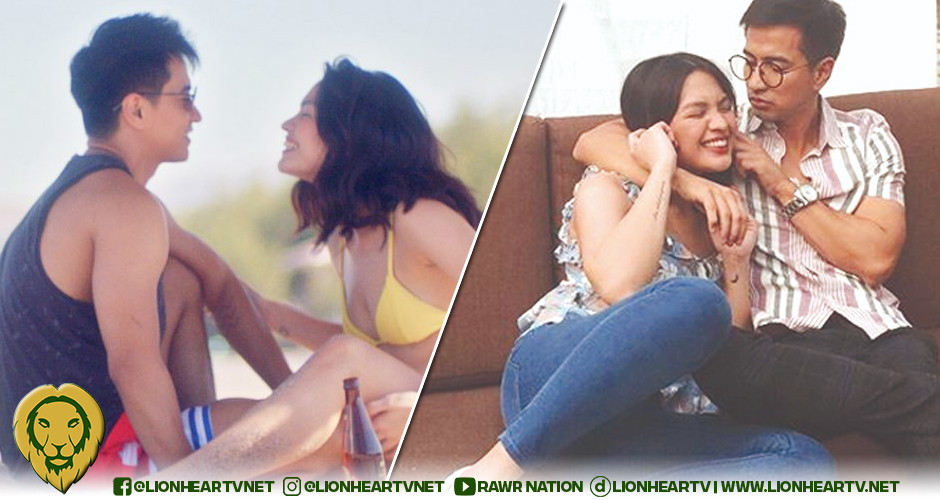 What is the real score between Bagatsing and Oineza?

On May 10, Oineza posted a photo of them together with a short caption but with a hint of sweetness in it.

She wrote: “To this amazing person, my source of happiness… happy birthday.”

Bagatsing seemed to be fluttered with Oineza’s greetings. He then left a short response saying “Kinilig ako.”

It was not too long when the rumored couple made the netizens go crazy with the beach photos that they posted on their Instagram accounts respectively.

To recall, in February, rumors stirred up as some netizens believed that they were spending their weekend together at a resort in Laguna.

While there are no photos of them together that came out, the shots seemed to be taken in the same place which happened to be Caliriya.

Netizens suspected that the two might be together in the same floating cottage.

Bagatsing and Oineza were romantically linked after they starred in Theodore Boborol’s Precious Hearts Romances Presents: Araw Gabi in 2018. Two years later, they top-billed in the Valentine offering of Regal Entertainment Film US Again.

With these little details, their relationship status is yet to be confirmed.