Wrap up the week with some good music from one of Star Music’s fresh artists, Sab, as she officially launches her debut album “Sunsets & Heaven” (which will drop tonight at midnight in Manila!) and celebrate her first year in the music industry with a FREE concert happening tomorrow, July 23, Friday, at 8:00 p.m. (Manila), live streaming at her @officialsabmusic account on Kumu and Facebook. 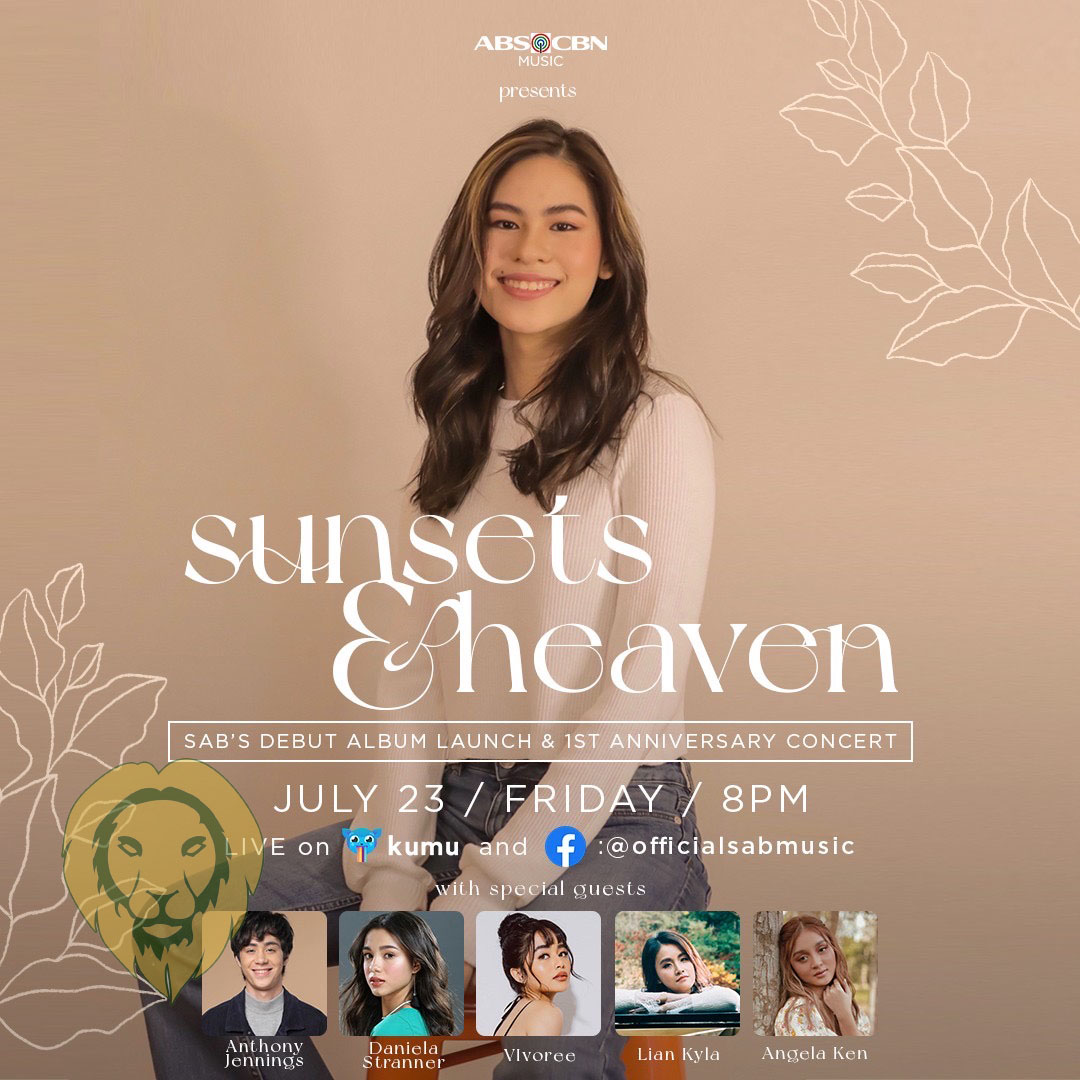 Sab officially launched her music career under Star Music last year through her coming-of-age single “She.” Since it was launched, the song was a hit and was even included on Spotify’s New Music Friday playlist in Thailand, Indonesia, Vietnam, Malaysia, Singapore, Taiwan, and Hong Kong. It was also part of Spotify Japan’s editorial playlist when it was released in July last year. Her debut single was also used in several shows: locally, in the iWantTFC digital series “Hello Stranger,” and internationally in the TvN-produced Korean drama series “Flower of Evil.”