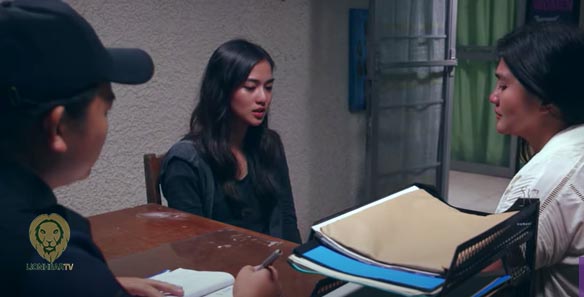 At first, Rica was hesitant to disclose the truth about the video scandal because she did not want people to think that she was stupid to let it happen. But when she saw how her situation affected her family, she decided to join her mother, Kakay (Dimples Romana), in filing a case against him.

She recounted what transpired that night and bravely took the medical examination to know her condition. Little do they know that one of Bobby’s (Gian Magdangal) men followed them and reported it to him.

Bobby did not waste his time and confronted his son Jigs (Markus) about what happened that night. Jigs told him that he brought Rica to a hotel room, recorded how he sexually assaulted her, and sent it to his friends. He also suspected that his friend, Archie (Vance Larena), was the one who leaked it.

On the other hand, Kyle (Joshua) cannot stop thinking about Rica and how he saved her after she tried to jump off a building.

What will be Rica’s next steps for her to disprove Jiggs’ lies to the public? How will Troy (Jake Cuenca) help her daughter Rica without risking the name and reputation he built as a mayor? Will Kyle be able to find Rica?