Deputy Speaker and Sagip Partylist Rep. Rodante Marcoleta said he will prioritize investigating transactions between ABS-CBN and its sister company Big Dipper Digital Content and Design Inc. should he win a Senate seat in May 2022 elections in an interview with Net 25 on Monday, January 10. 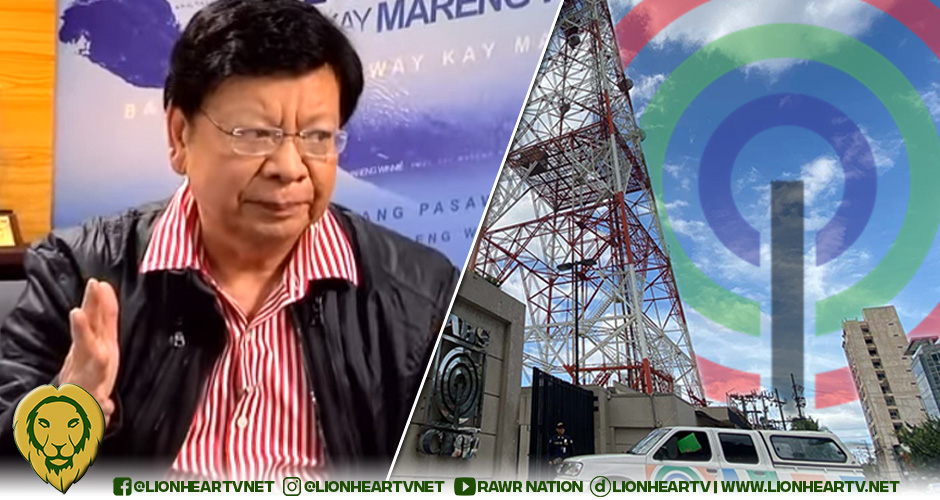 The solon called out the Bureau of Internal Revenue (BIR) for failing to investigate the supposed tax fraud of the broadcast network through Big Dipper.

“What kind of business person would pay a service provider P838 million when it can do the same thing in-house for only P96 million?”

“But the apparent P742 million excess payment to Big Dipper would have been subject to the 30% income tax rate for ABS-CBN.

“And why did ABS-CBN, its subsidiaries, and other companies, religiously pay Big Dipper exorbitant amount for uneven value of services that could be acquired in-house for a much lower cost?” Marcoleta asked.

Officials from the Bureau of Internal Revenue (BIR) and the Philippine Economic Zone Authority (PEZA) claimed that Big Dipper pays correct taxes and is legally allowed to enjoy tax incentives.

“Because Big Dipper is strangely registered with PEZA and as such, is only taxed at 5% gross, that’s why,” he added.

Marcoleta was among the 70 congressmen who voted for the rejection of ABS-CBN’s application for another 25-year franchise renewal.

In 2020, Marcoleta stated his reasons why the Network does not deserve a new franchise though ABS-CBN has proven time and time again that they have not violated any laws.

ABS-CBN went off-air on May 5, 2020, following the cease-and-desist order of the National Telecommunications Commission (NTC).

After a series of hearings, despite being cleared by different regulating agencies from alleged violations because of having no solid evidence, Congress still decided to reject the Network’s franchise renewal bid.

The Network suffered financially since then with the combined effects of its shutdown and the coronavirus pandemic.