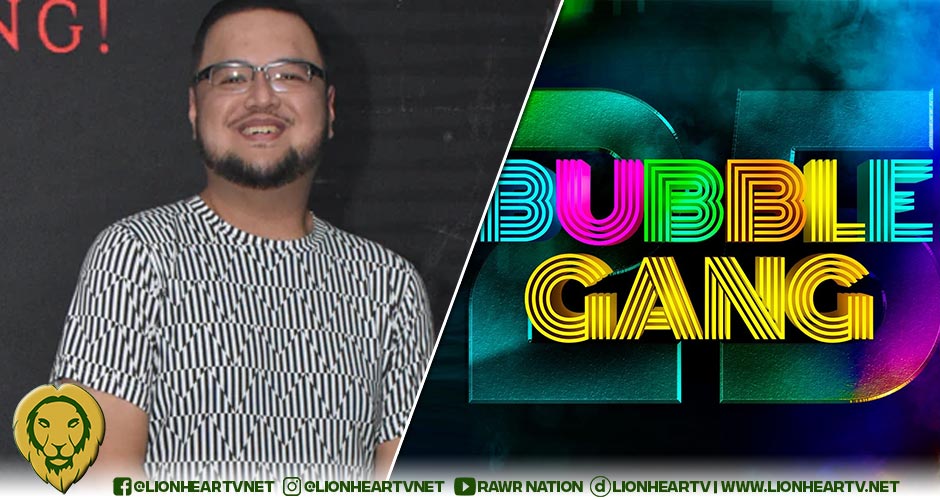 The show will now add more segments and feature a much smaller cast beginning May 27.

According to Arespacochaga, initial plans were to revamp Bubble Gang during the pandemic. With the more relaxed health protocols, she said that it is the “perfect” opportunity to redevelop the show.

“So now that we are more relaxed, wala na yatang alert level 1 or 2, so ngayon is the best time for us to come up with a new Bubble Gang. We want to offer our viewers something fresh and new. Kaya we have a new set of members of the Bubble Gang family,” she explained during the virtual media conference of the show.

Frasco Mortiz will be the new director for the new and improved Bubble Gang. He stressed that the ever-changing demand for new content made GMA Network decide to up the show.

He added, “Dati naghahabol ka ng MRT or pauwi ka na dahil gusto mong maabutan sa telebisyon ang pinapanuod mo. Ngayon, anytime you can open your phone and watch whatever you want. So how do you tap the audience?

Arespacochaga explained that despite most of its cast members being out of the picture, what matters most is the longevity of Bubble Gang.

“We have one thing in mind naman. Our goal is for Bubble Gang to last forever… So mahal namin ang programa. So wala kaming attachment sa personal interests namin. Ang priority namin is the Bubble Gang itself, the program.”

She stressed that the show will always go along with what the audience demands. In order to do that, the team behind Bubble Gang thinks of ways to keep its viewers engaged and hooked.

“So we collaborate and we discuss, and we meet, and we really spend our time and effort, and all our energy, and all our brains together to brainstorm on how we can maintain, and keep Bubble Gang.”

Moreso, Bubble Gang does not keep its artists restrained. New talents were being discovered as the previous cast decide to exit.

“We don’t expect everyone to stay with us. Kung ayaw naman na nila, they request other things, okay lang din iyon.”

The reason, according to Arespacochaga, was to put emphasis on each and every artist on set.

Social media stars are also welcome to join the show.

“For all the cast that are not with us, they completely understand, and we explained naman, and we have one goal: to keep Bubble Gang going.”