Spotify, the world’s most popular audio streaming subscription service, dropped #SpotifyPurpleU, a global campaign to celebrate the upcoming release of BTS’s new anthology album Proof with ARMY and fans all over the world. With a series of exclusive content dedicated for BTS and fans who have long been awaiting BTS’ comeback, the #SpotifyPurpleU campaign brings much excitement and anticipation for the upcoming album arriving on June 10. #MyBTSProof 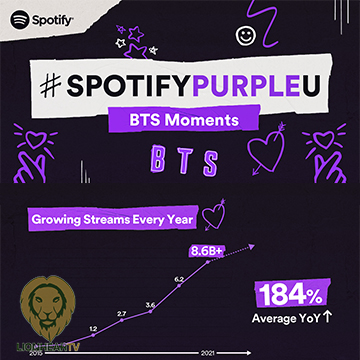 First, as part of the global campaign, Spotify opens an exclusive #SpotifyPurpleU microsite. Available in eight languages including English, Spanish, Korean, Japanese, and more, the microsite enables fans to create their personal #MyBTSProof sharecards based on their selected BTS tracks. Fans can also share their personalized content on social media to manifest their proof of love for BTS, and celebrate together with fans worldwide. The microsite is also packed with messages from BTS and countdown to their comeback.

In addition to the microsite, listeners can find exclusive short video clips of BTS on Spotify’s This Is BTS playlist as well as a film featuring BTS looking back on their previous eras across Spotify’s official social channels. The social channels will also feature video clips featuring BTS looking back on their previous times, era by era. Furthermore, massive #SpotifyPurpleU billboards will be up on a global scale, including in countries such as the Philippines, South Korea, the United States, Brazil, Mexico, India, Japan, Indonesia, Thailand, and Vietnam.

Meanwhile, as part of the #SpotifyPurpleU celebration, Spotify also announced notable BTS moments on the platform. With over 35 million monthly listeners and 50 million followers worldwide, BTS broke a series of records on Spotify. For instance, BTS is the first artist from Asia and the first K-Pop artist to join the Spotify Billions Club, with its track ‘Dynamite’ which surpassed 1 billion streams on Spotify in July 2021. The This Is BTS playlist has reached more than 6.5 million followers, which is the world’s largest followers for an artist’s “This Is” playlist on the platform. Finally, according to Spotify Wrapped 2021, BTS was the third most-streamed artist of the year – with 4 of the 5 top K-Pop songs globally in 2021. 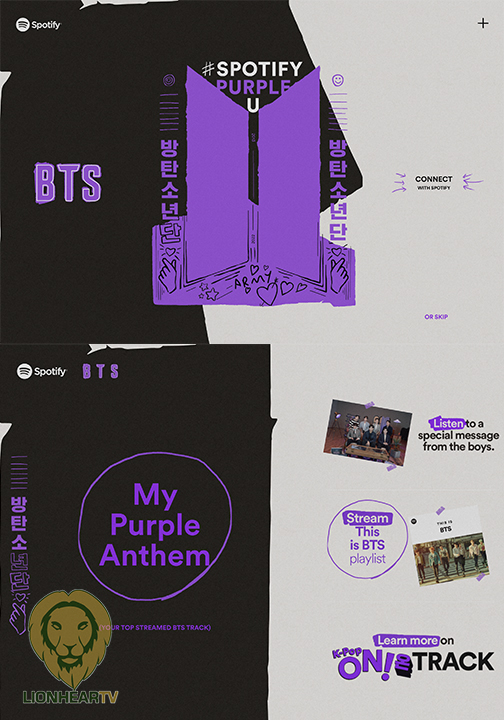 Furthermore, since on Spotify, BTS racked up over 25.8 billion streams with more than 78 million listener-generated playlist containing at least one BTS track on Spotify . With a 184% average year-on-year increase of total streams worldwide, their streams increased by approximately 185 times when comparing the total streams of 2015 to that of 2021. Dynamite, Butter, Boy With Luv (feat. Halsey), My Universe with Coldplay, FAKE LOVE were the most streamed tracks on the platform, with the US, the Philippines, Japan, Indonesia, Mexico, Brazil, India, UK, Canada and Germany as the most streaming countries.

“With this campaign, we hope that listeners around the world get to feel the excitement for the upcoming album,” said a BIGHIT MUSIC spokesperson.

“As one of the most globally beloved artists, BTS has touched the hearts of many people, transcending regional boundaries, languages, and cultures,” said a Spotify spokesperson. “We are thrilled to support their comeback through our campaign and celebrate a meaningful album looking back on the group’s history together with BTS and their fans worldwide.”