The film perfectly captures the lurid survival tales and the moving plights of those who selflessly devoted their lives to our country. It provides a grim and tangible illustration of sheer brutality and sinister atrocity in that era and melds them beautifully with the actors’ [singular] portrayals of their roles.

Premise: Katips a tale of the young, in their fight for their ideals, how big can one get against a force too much bigger than yourself. (PhilStagers) 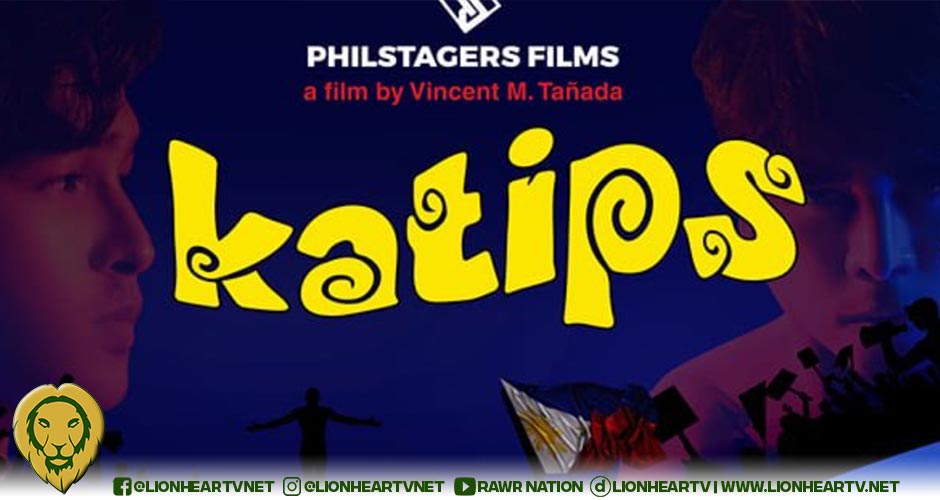 It is not that hard to see how auspicious this film is, as its mainstream release arrives just a month before the 50th anniversary of the declaration of the Martial Law, and on the heels of the Marcoses’ return to Malacañang.

However, it seems those are not the only ones with which this award-winning feature eclipses, but also the proliferation of misinformation that invalidates the struggles of those who became instrumental in the downfall of the dictatorship and the restoration of the democracy. This film seems very keen on reminding the Filipino people about the truths and tangible plights of our countrymen during that era as if there is no better moment to tell the tale than now.

‘Katips’ follows student activists in the 1970s, who were at the forefront of the so-called First Quarter Storm. The tale is told from the perspective of a Martial Law survivor, who reminisced his tortured past. Panyong (Vince Tañada), a struggling news writer working for an underground publication, Greg (Jerome Ponce), a medical student, Estong (Joshua Bulot), a labor leader, and Art (Johnrey Rivas), were among the young political activists who got rounded up by members of the Philippine Constabulary, led by the nefarious Lt. Sales (Mon Confiado). The violent dispersal led to the death of one of the senior professors at UP.

In the film, we are introduced to the generosity of Alet (Adelle Ibarrientos), the owner of the titular shelter, which she opened to welcome student activists in UP. House Katips practically becomes the convergence point of all the intersecting storylines of its tenants, their individual stories that are both different and similar at the same time. It is hard to miss how Tañada transformed his characters’ narratives as solid instruments to tell a now often-neglected truth about the survivors of Martial Law: that their struggles are real and that the threat of eliminating them from our timeline remains alive.

Katips finds a balance between providing entertainment and tidbits of historical facts. The film is still a fictional work but it perfectly captures the lurid survival tales and the moving plights of many Gregs and Panyongs, and even Alets, who selflessly devoted their lives to our country.Tañada pushed to the limits to capture the sheer brutality and sinister atrocity of that era and melded them beautifully with the actors’ singular portrayals of their roles. He provided some interesting choices when it comes to execution and camerawork, although some audiences may agree that some scenes could have been shrunk in length or omitted totally, without disrupting the essence of his compelling script.