The publicly-loved team-up of Justin and Isabel, the couple made famous by Vhong Navarro and Angel Locsin in the comedy series “TODA Max”, has made it to the big screen via an upcoming comedy film. 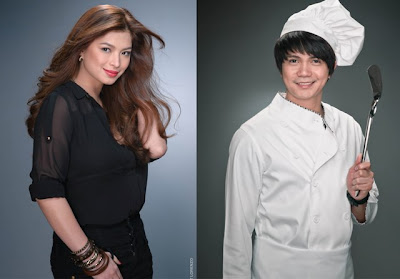 “I was told that I will be partnered with Angel again. I was surprised because that’s my dream,” Vhong excitedly shared.

As a love team in the weekly comedy show, “TODA Max”, they have gotten used to being partnered together. In it, Vhong plays the funny cook, Justin Bibbo while Angel plays his loving girlfriend, Isabel Padausdos.

Vhong believes that the movie will be great because he and Angel are comfortable in their comedic scenes in their weekly show. Watch “TODA Max” every Saturday only here on ABS-CBN and watch out for their movie soon on cinemas nationwide!